Robb Ewaldt said another disruption to the supply chain, especially after COVID, could leave lasting effects for local farmers. 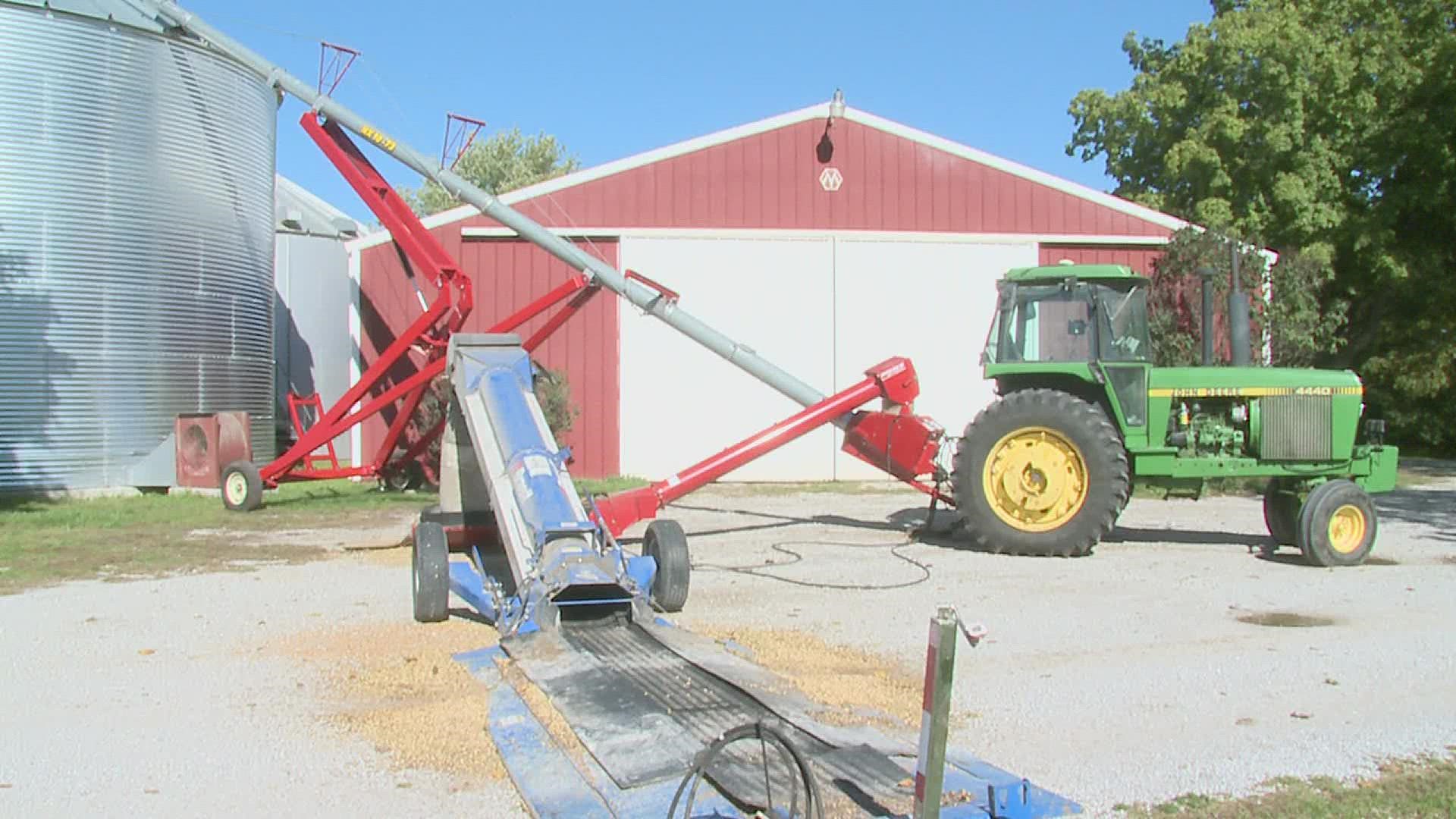 DAVENPORT, Iowa — Thursday marked the first day of strikes for Deere & Company's United Auto Workers union members. It's the first time workers have gone on strike since the 1980s.

In response to the strike, Deere & Company enacted its "Customer Service Continuation Plan," which brings workers from other sections of the company's operations to meet the "immediate concern" of customer demand, according to a Thursday news release.

Area farmers were concerned about access to farm equipment parts after COVID-19 disrupted the supply chain. This delay added stress to farmers, and with the added stress of the strike on supply, one farmer said he's concerned.

"Parts availability is kind of an issue more so than what we've ever had to deal with in the past," Davenport farmer Robb Ewaldt said.

Ewaldt runs a 1,400-acre corn and soybean operation. He said this year's crops brought big yields, and he began corn harvesting back in September. With more than 1,000 acres left for him to harvest, it was bad timing for a strike at Deere & Company.

This year was the year that farmers have been waiting for, Ewaldt said. The high yields had the potential to bring more money for farmers and, in turn, increase the ability to afford new equipment.

"Now, you put a strike on top of it, and shutting down (crop) production or slowing it down more can be a concern," said Ewaldt.

As a result of COVID-19, he said some of his farmer friends have been investing quite a bit of money in increase their own supply of equipment parts because of the already existing supply issues.

Despite the John Deere strike's end date being an unknown, many farmers feel prepared due to their stockpile of parts. However, Ewaldt said farmers will feel more concerned if the strike continues into 2022.