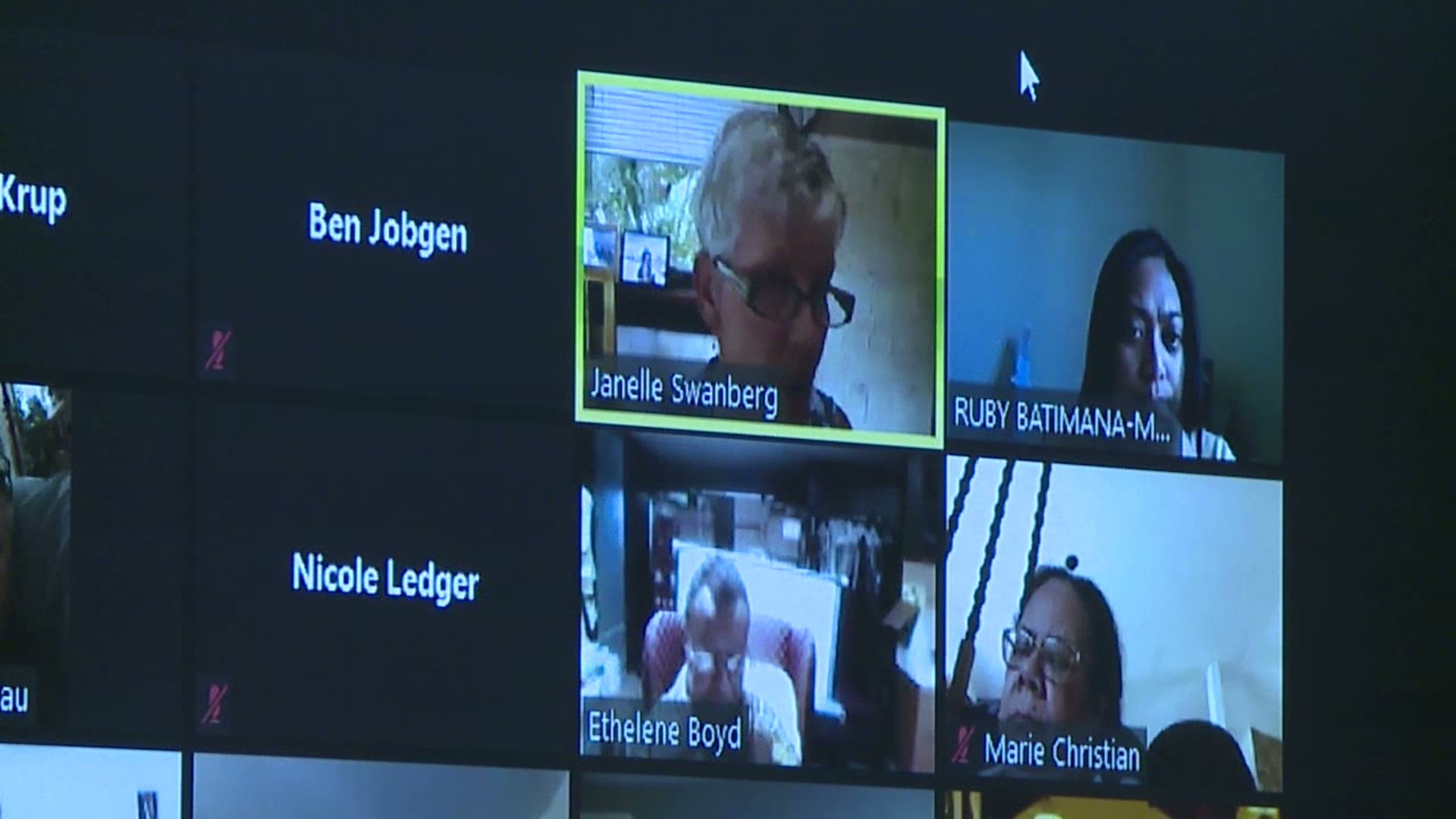 The commission said the purpose in calling this special meeting was to gather input form the community.

"This meeting is not about laying blame," said Janelle Swanberg with the commission. "But rather it is an opportunity for all of us to hear each other."

Mayor Mike Matson invited the community to join him at City Council Chambers in City Hall to watch the Zoom broadcast in person.

Those in attendance, both online and in-person, were invited to share their experiences with policing in Davenport.

Juan Shelton said his son is the victim of police brutality.

"Nine policemen put him on the ground and hit him, choked him out, did everything to him," said Shelton.

Shelton said one of the officers arresting his son stomped on his ankle and broke the bone.

A total of five officers were listed in the lawsuit for the use of excessive force back in 2015. The court later found that one officer did engage in brutality but the ruling was overturned due to qualified immunity.

The officers involved in the lawsuit claimed the man was resisting arrest by laying face-down on his hands.

"I mean we talk about ridiculous actions... that's ridiculous to me," said Shelton.

Mayor Mike Matson said he is willing to cooperate with the requests of the Davenport Civil Rights Commission. Mayor Matson added that diversity within the department is coming.

"I have assigned and worked with our HR department to have what we call an 'enhanced communication strategy' and focus to recruit minority police officers," said Mayor Matson.

"We cannot, and I repeat, we cannot have not one single officer think he's above the law because he is the law," said Hodges Jr.

Nevertheless, Hodges Jr. said he feels as though change is coming.

The Davenport Union of Professional Police responded to the Civil Rights Commission's initial press release with their own statement posted to their Facebook page.

In the statement, the union lauds its officers and claims that statements made by the Civil Rights Commission regarding the department's treatment of minority citizens are inaccurate.