The city council approved the plan on July 28, with the largest chunks of money going towards the West Locust sewer project and a new park on Main Street Landing. 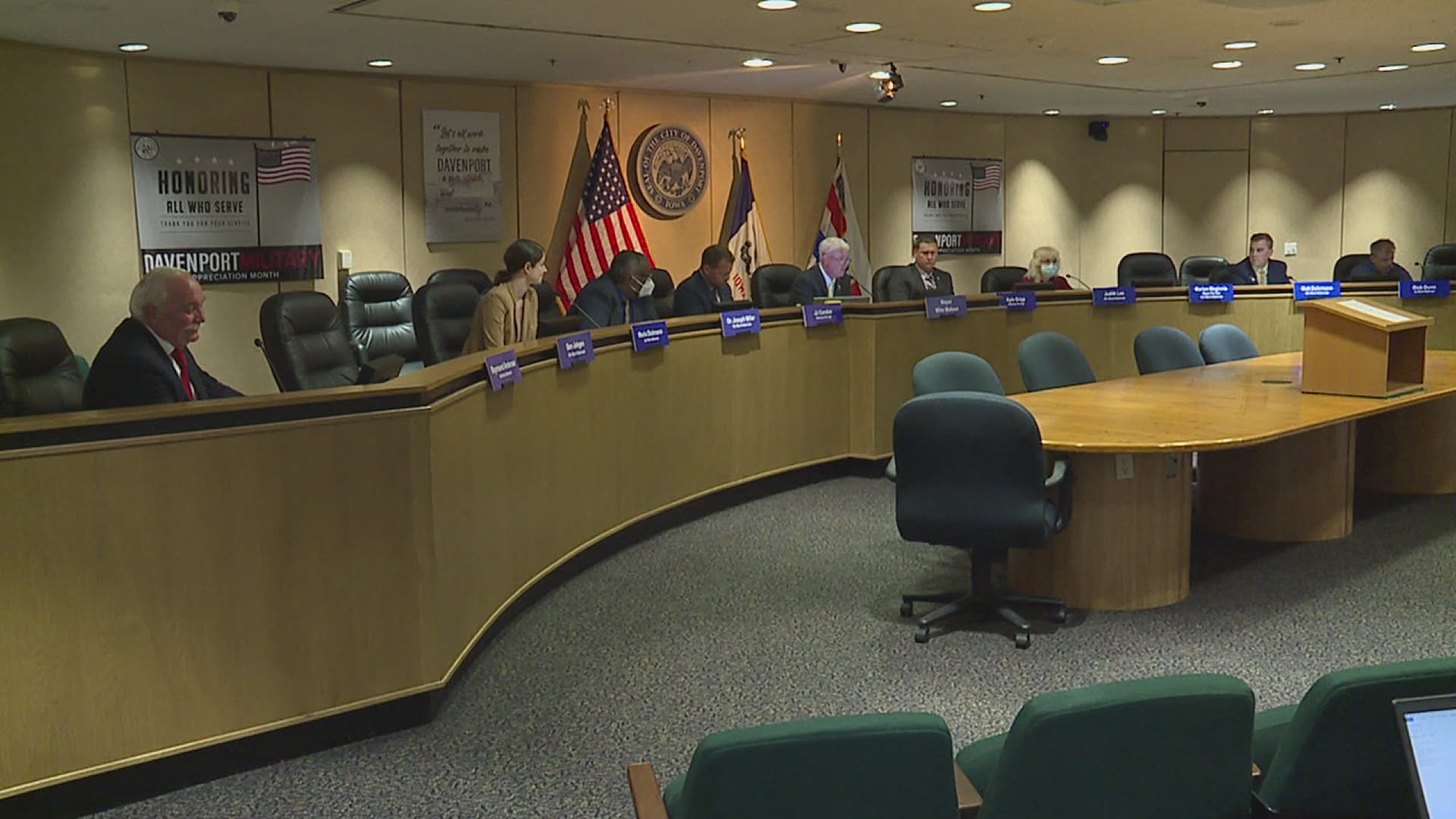 DAVENPORT, Iowa — Davenport City Council members officially decided on a $43 million spending plan comprised of mostly federal Covid-relief funds. The council met on Wednesday, July 28, to vote on the 18-item plan. It passed on a 9-1 vote, with Fourth Ward Alderman Raymond Ambrose being the one dissenter.

Overall, the West Locust Sewer Project won the largest chunk of money. With the $14 million its now been allocated - over a third of the ARP budget - the council is hopeful that project can officially be finished. The second largest allocation was $6 million to the new Main Street Landing "Adventure Play & Event Lawn."

In total, neighborhood park renovations and installations will amount to $8.5 million - nearly a fourth of the spending plan.

Take a look at the entire spending plan

The city expects to receive nearly $41 million in federal money from the American Rescue Plan, leaving a spending plan deficit of just over $2.1 million. Davenport City Administrator Corri Spiegel has said she expects other federal, state and county funds to become available through the federal stimulus package.

But most of Wednesday night's vote was spent focused on one particular item: the Main Street Landing park, set to be located east of Davenport's Skybridge and south of the railroad tracks.

In the city's spending plan, the full project for the park would include site demolition, electrical and earthwork, furnishings, lighting, signage and a $4 million playground. The construction would take place either alongside Main Street Landing's flood mitigation plans (also part of the federal rescue plan spending), or afterward.

Supporters of the project, like Alderman At-Large JJ Condon, say the park would be centrally located to a densely-populated and socioeconomically-diverse section of the city.

He says in this calendar year, Davenport will add around 200 housing units around the Main Street Landing area, including 100 units being built around the nearby YMCA.

"That's 200 to 400 more souls that are gonna lay their head down on their pillow, right here in our central city. And so it's maybe one of the fastest growing areas of our city," said Condon. "This area also has the greatest concentration of low income housing available in our community."

He went on to say that the other large population the park would help serve would be millennials and young professionals living in the downtown area.

Fifth Ward Alderman Matt Dohrmann said it would be a return on investment that could attract young professionals to the midwest.

"When you look at the 6 million dollars, we've talked about how it seems a lot, but that is a return in our community. And the return on the investment we will see from that will pay for itself by tenfold," he said.

He likened the rest of the spending plan to a roadmap, explaining that every item weaves together to attract and retain talent and jobs in Davenport. The final piece to that puzzle, said Dohrmann, would be to make the living space more attractive with the MSL park.

"That is a recipe for success if we can find a way to get [young professionals] here and to show them that we are a place where you can live, work and still play in the community," he said.

But not every alderman was on board with the plan.

Eighth Ward Alderman Judith Lee said she had doubts on the location of the project, and if the $6 million was being spent for the right reasons, and at the right time.

"I think we really need to reconsider that 6 million at this point, waiting for the HR green study to come out and see how we can best spend our money throughout the riverfront and throughout Mainstreet landing," she said. "We do not necessarily have to consider the playground in this location. We have three to $4 million worth of wonderful, unique play things that we would have access to overbuy, the ball field behind the bandstand bandshell. And there's quite I wouldn't looked at it, there's quite a bit of room over there plus a lot of it is already flood protected."

Others, like Fourth Ward's Raymond Ambrose, said the $43 million should be spent on Davenport's police force, street repairs and alleyways instead. He said while touring his ward, those were the services people spoke about the most.

Third Ward's Marion Meginnis, speaking remotely, reminded Ambrose that such spending would be outside of the federal guidelines instated on the rescue funding.

"This was not an allowable expense within this pot of money. It wasn't something we could do. So I think we have to put that aside," she explained. "We simply can't do roads and alleys even though I think we'd all like to move forward to that, and we'd all like to see that happen."

Finally, after what was nearly an hour and a half of discussion, Sixth Ward Alderman Ben Jobgen, speaking remotely, moved to remove the park from the spending plan altogether.

Now, the city will officially move forward with the spending plan, and City Administrator Corri Spiegel will begin the process of turning a plan into results.