A crash occurred in the intersection of Kennedy Drive and Avenue of the Cities Thursday afternoon, January 17. 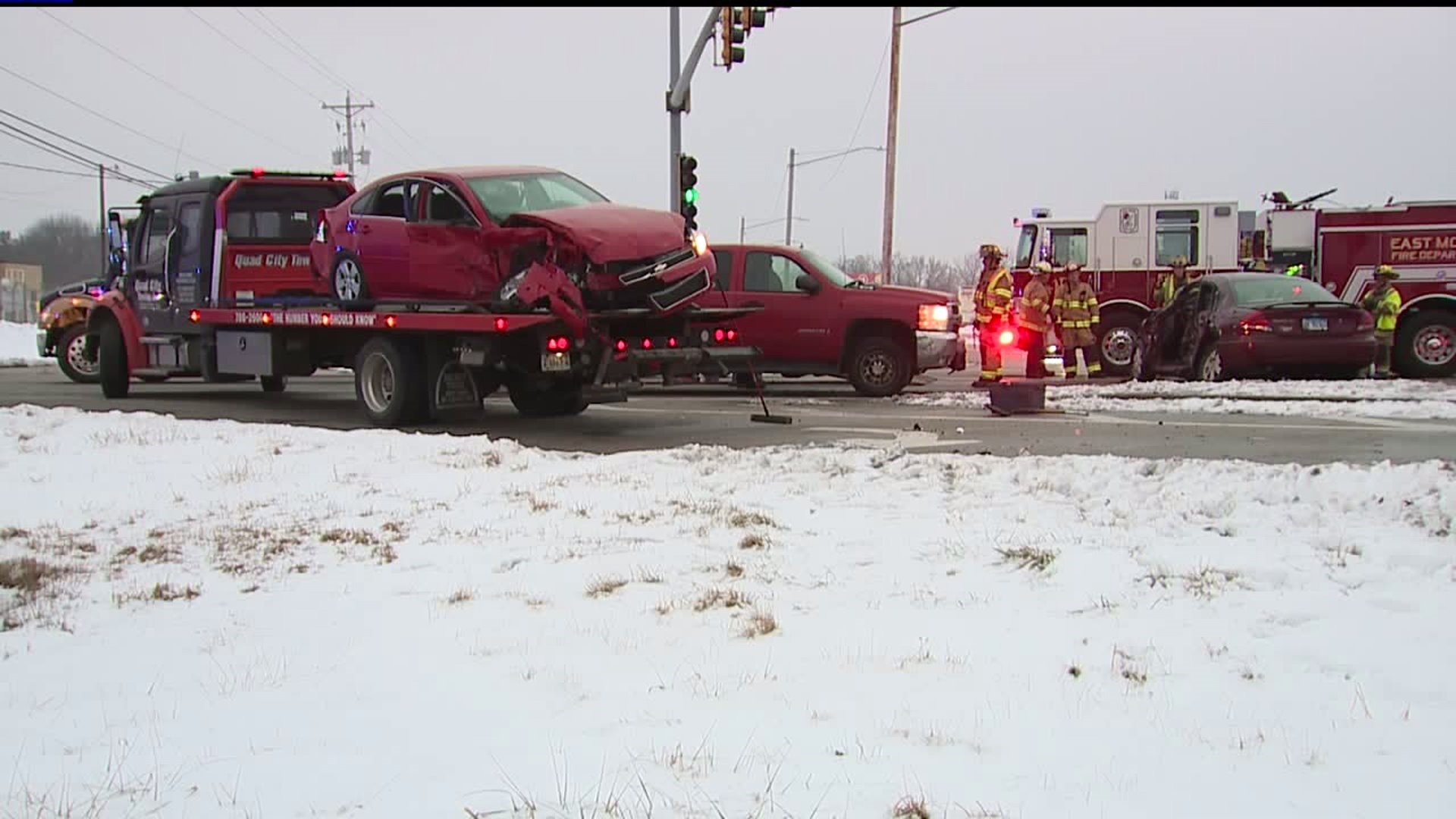 It happened Thursday afternoon, January 17 at the intersection of Kennedy Drive and Avenue of the Cities.

According to East Moline Police,  four vehicles were involved in the crash with two people sent to the hospital. Police don't yet know the extent of the injuries.

Eastbound traffic was being diverted onto Kennedy Drive.