A pedestrian died after being hit by two semis on Interstate 74 south of the the I-80/I-280 interchange. 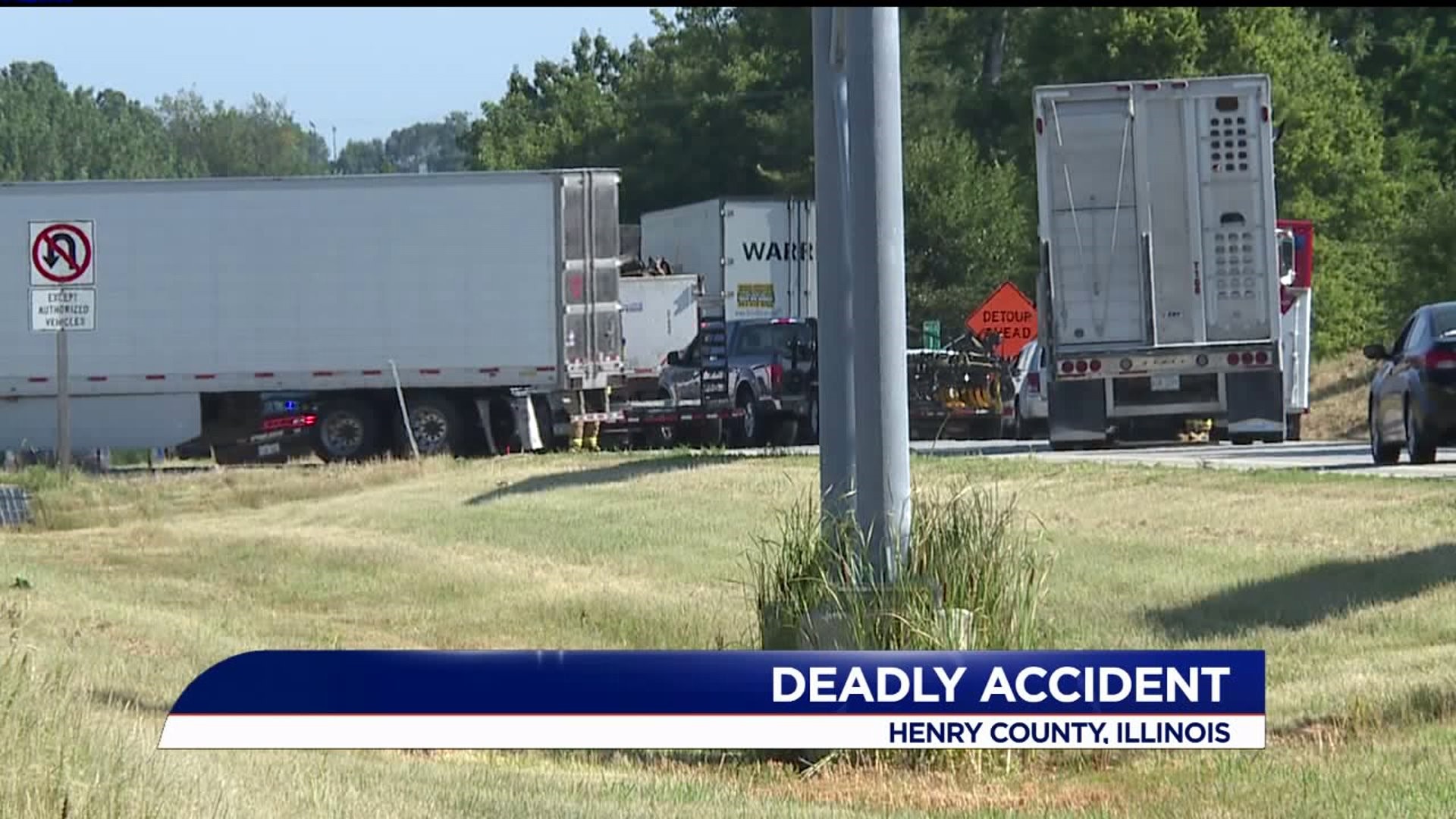 Update: The westbound lanes of Interstate 74 have reopened to traffic.

COLONA, Illinois -- A pedestrian died after being hit by two semis on Interstate 74 south of the the I-80/I-280 interchange.

The semis had been headed westbound on I-74 when they both moved into the left lane for a vehicle that was parked on the right shoulder, according to a statement from the Illinois State Police.  The crash happened around 8:35 a.m. Wednesday, July 31.

Police said as the semis moved over, the pedestrian walked out from the front of the stopped vehicle, and continued walking across the right lane and into the left lane.  That's when the first semi, unable to stop, hit the person.  Then the person was hit by a second semi that was also unable to stop.

I-74 near Mile Marker 15 was closed off to westbound traffic for the rest of the morning.  As of 12:30 p.m. an investigation remained underway.

Traffic was being diverted off the interstate and onto Illinois Route 81 at Lynn Center.

No charges have been filed at this time, said police.  The identity of the pedestrian has not been released.