One dead in crash on I-280 near Locust Street

Interstate 280 is closed for westbound drivers at Locust Street because of a crash. 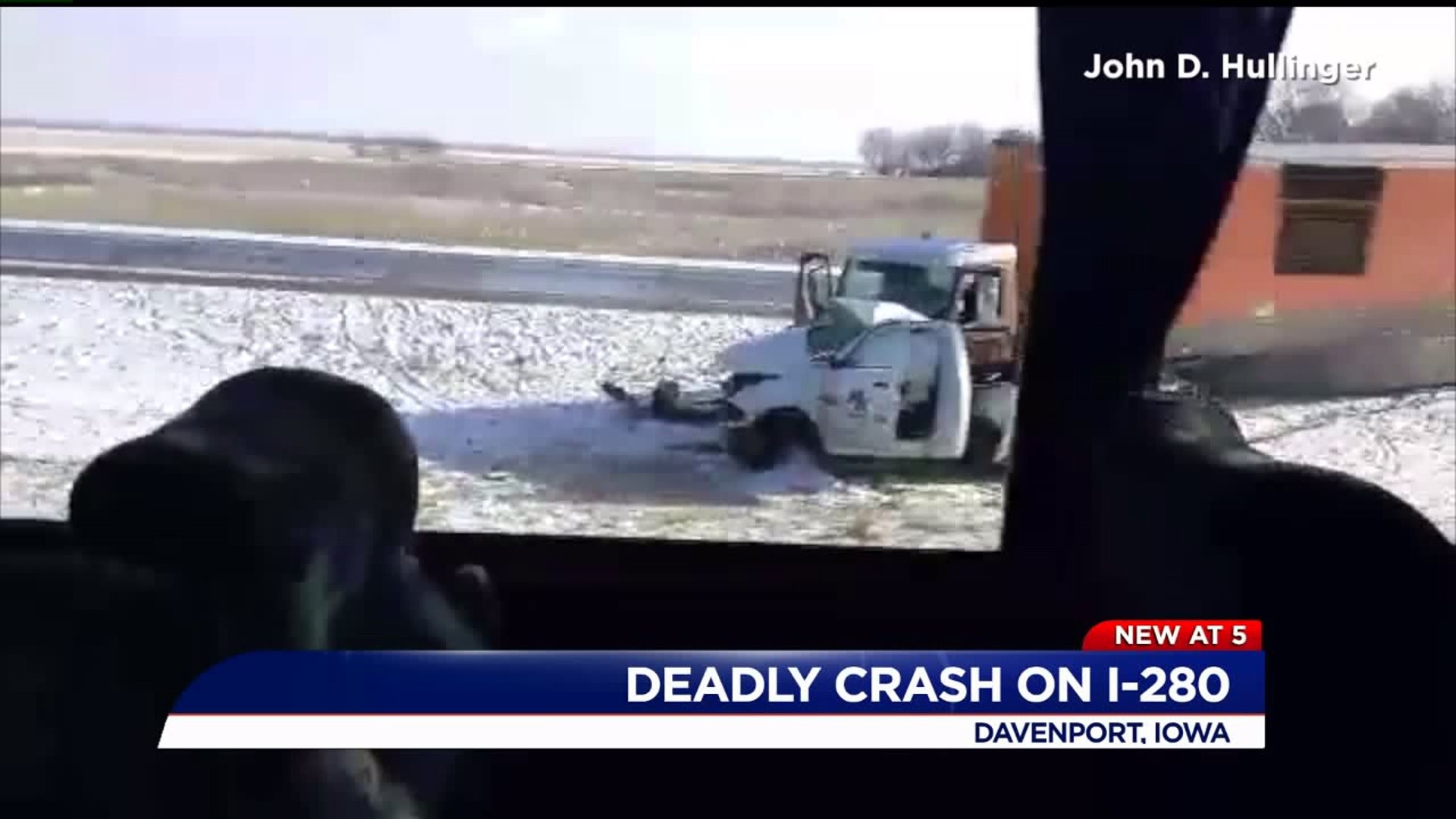 DAVENPORT, Iowa -- A woman died in a crash on Interstate 280 involving a semi and a truck.

Police said the crash happened when an eastbound Dodge truck lost control and crossed over the median, into the path of a westbound semi.  The crash happened around 8:30 a.m. on Wednesday, December 11 at Mile Marker 4, just north of the Locust Street exit.

A woman who was riding in the Dodge truck was killed in the wreck, said police.  The man who was driving was taken to a nearby hospital before being airlifted to Iowa City.

The driver of the semi was not hurt, said police.

Names are being withheld as family is notified.

The crash closed the westbound lanes of Interstate 280 until noon.  One eastbound lane remained open as investigators were on scene.