In the email obtained by WCNC Charlotte, CEO Kenneth Gill suggests “a better use of time, would be to focus on the black on black crime." 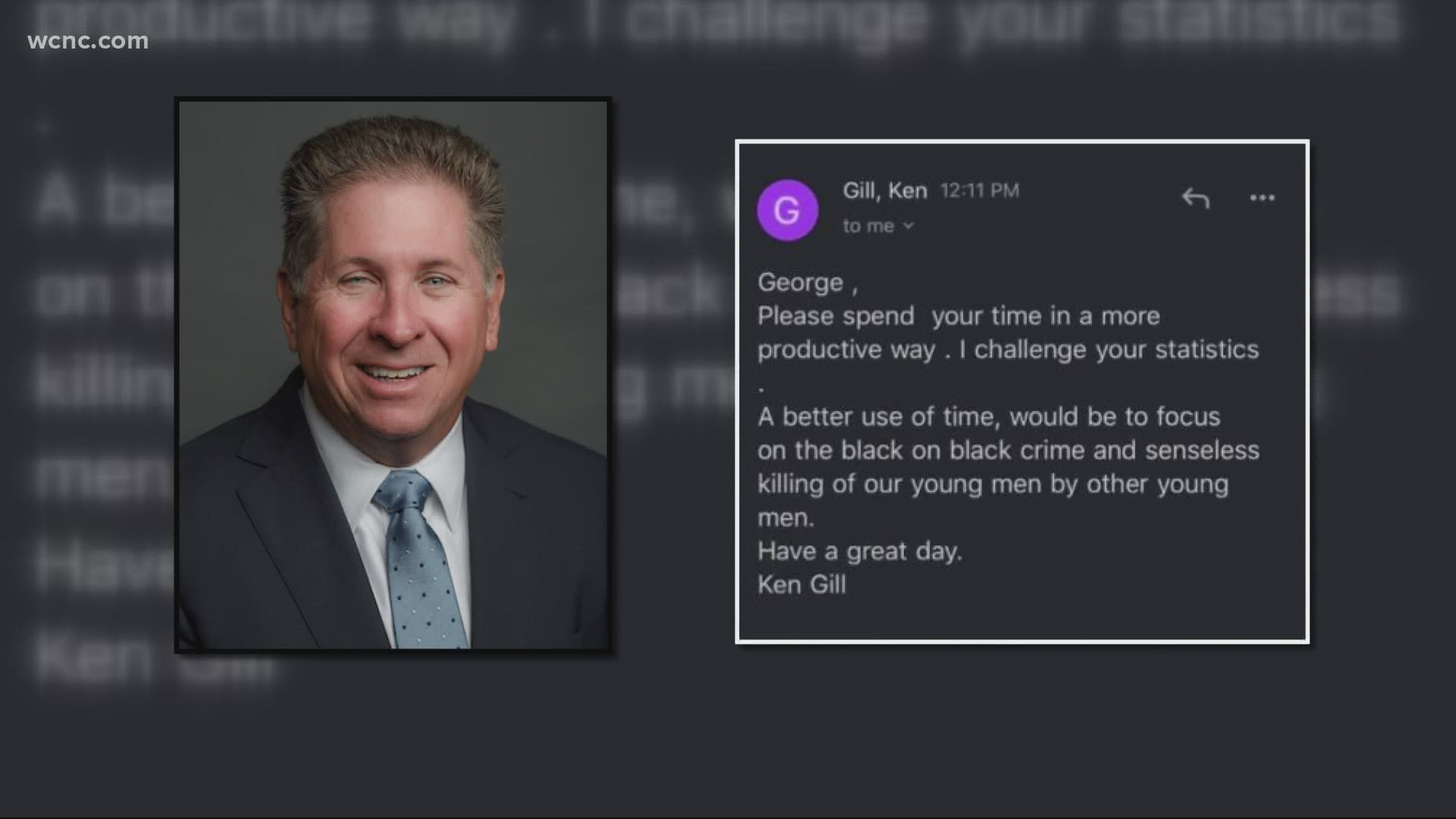 CHARLOTTE, N.C. — The CEO of CPI Security is under scrutiny after an email he sent was leaked to the public.

It was in response to a call to action to end police brutality, made by the Executive Director of a local nonprofit Queen City Unity. Now many in the community are urging others to boycott CPI Security.

In the email obtained by WCNC Charlotte, CEO Kenneth Gill suggests Jorge Millares, with Queen City Unity, “spend time in a more productive way,” and that “a better use of time, would be to focus on the black on black crime and senseless killing of our young men by other young men.”

“It was an email that was sent out to 10,000 people in our email list. The response I got back from Kenneth Gill was absolutely appalling,” says Millares.

His original email included this open letter to the Mayor, City Council and City Manager.

Friday, Gill was seen on a Facebook Live addressing the email to some employees. In the video, he’s heard saying “I want to apologize for whatever I said or not said."

In light of George Floyd's death in police custody in Minneapolis and protests across the country and here in the Queen City, Millares decided to make the email public.

"When you are a business leader in any community, but especially here in Charlotte, you have to be cognizant of people and you have to know that words matter. To me, when you have that platform and you utilize in a way that’s reckless, irresponsible, and racist, there’s no place for that here in Charlotte or anywhere else in the country, and those days are done,” says Millares.

The following statement was given to WCNC Charlotte from Kenneth Gill:

“Regarding the email from me that was shared on social media, I want to apologize for my remarks which did not directly address the public’s outcry for racial justice and equality in the wake of George Floyd’s senseless killing.

Let me say that CPI, and I personally, stand against racism and discrimination of any kind, and we are actively supporting solutions like the new CMPD de-escalation training facility that will bring positive change to our community. In addition, I fully support the call for racial equality and justice in our community and our country.

CPI Security works tirelessly to make our communities safer for everyone. We take a great deal of pride in our inclusive culture and in protecting the families and diverse communities we serve.

I apologize my comments did not reflect those values.” – CPI Security CEO Kenneth Gill

Wear fabric masks where coronavirus is spreading: WHO updates guidelines

Flags lowered to half-staff across NC to honor George Floyd