Thomson Prison is one of 11 facilities across the country to be designated as a "quarantine location," according to state senators. 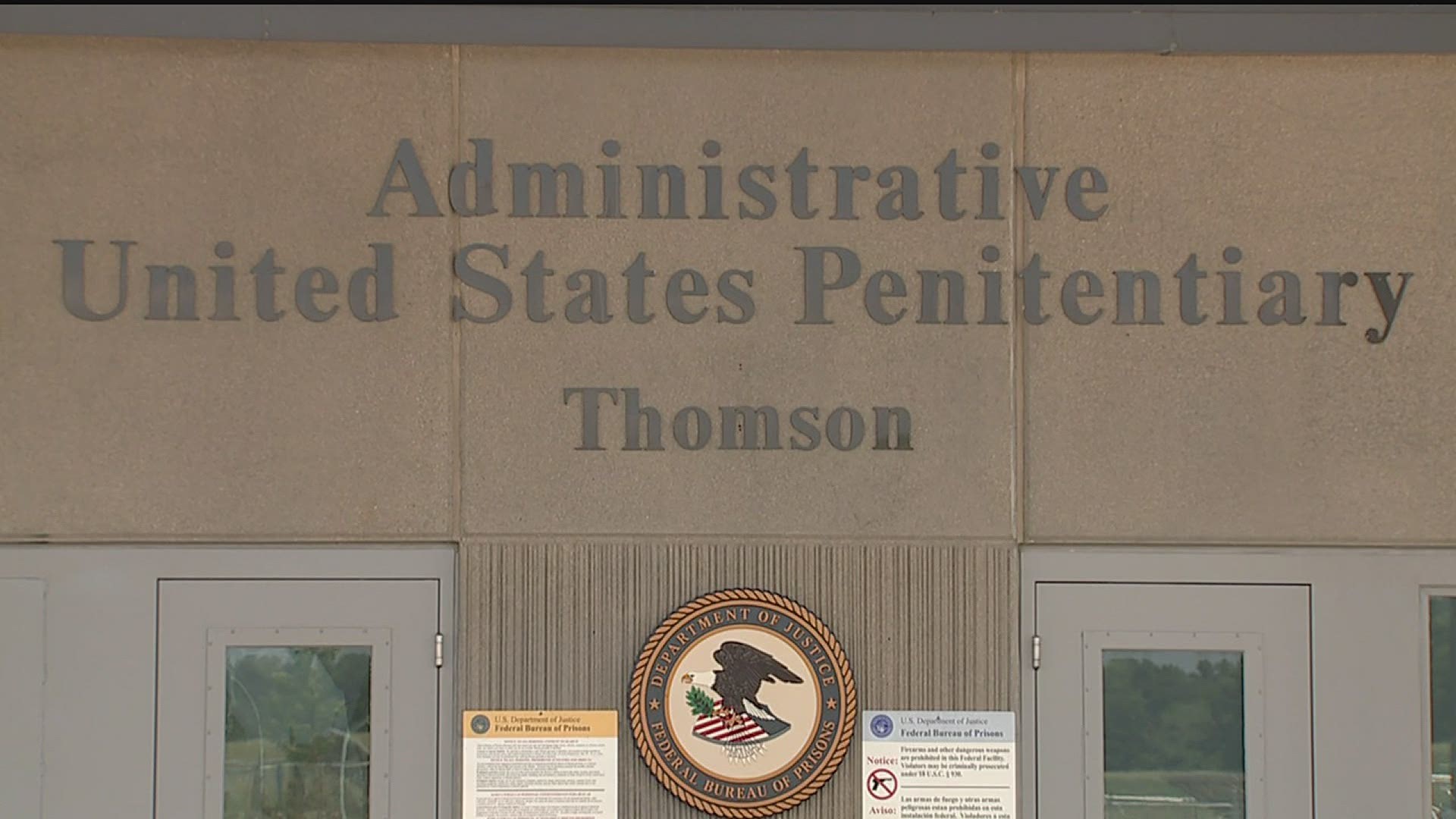 THOMSON, Ill. — Thomson Prison is one of 11 facilities across the country to be designated as a "quarantine location" for thousands of newly-admitted inmates, according to a statement from Illinois Senator Dick Durbin's office.

In a statement, Durbin, along with lawmakers Tammy Duckworth and Cheri Bustos said the were "disturbed" to learn of the Bureau of Prisons' decision. Their concerns mainly stemmed from transferring inmates "without appropriate preventative measures in place" such as testing each transferred inmate for COVID-19.

Senator Durbin said it is their understanding that hundreds of prisoners will be transferred to Thomson.

"I understand the impulse there but the obvious question is... have you tested them before they’re being sent in?" he said.  "It’s a question of the health of the staff who continue to work there and the other prisoners who are in prison at this moment."

According to a spokesperson from Thomson Prison, inmates are screened before being moved to the facility.  They are not accepted if they are showing symptoms of COVID-19.

"When new inmates come into our system, they must be quarantined for 14-days to ensure they remain asymptomatic before being introduced into the main population," said the prison spokesperson.

The purpose of setting up quarantine locations is to house inmates until they are medically cleared to move to their designated institution.

In late April, the BOP decided to transfer 20 inmates to Thomson Prison from Metropolitan Correction Center in Chicago, where a COVID-19 outbreak has infected dozens of staff and inmates.

Click here to read the statement from Durbin, Bustos and Duckworth in response to that decision.

Staff at Thomson prison are also concerned about a lack of staff to handle the workload.

"The Bureau announced today that we were a quarantine site, and that’s going to be a new mission for us," said Jon Zumkehr, Vice President of AFGE Local 4070, the local union representing government employees at the prison. "We keep getting new missions all the time, but not new staff members. So that’s a big concern for us."

He estimated that the prison is about 165 officers short, and while the BOP is transferring eight temporary staff from other locations to Thomson to help ease the workload, "the short staffing is a big concern, because we have a lot of mandatories, where staff are forced to work a second shift," he said. "Staffers are just getting worn out at this point."

He added that staff are also not getting the mandated hazard pay for handling bio-hazards, or COVID-19 cases. The AFGE has sued the federal government over the issue.