Davenport's mayor assures residents the city is in business, even as aldermen and staff practice social distancing and self-isolation. 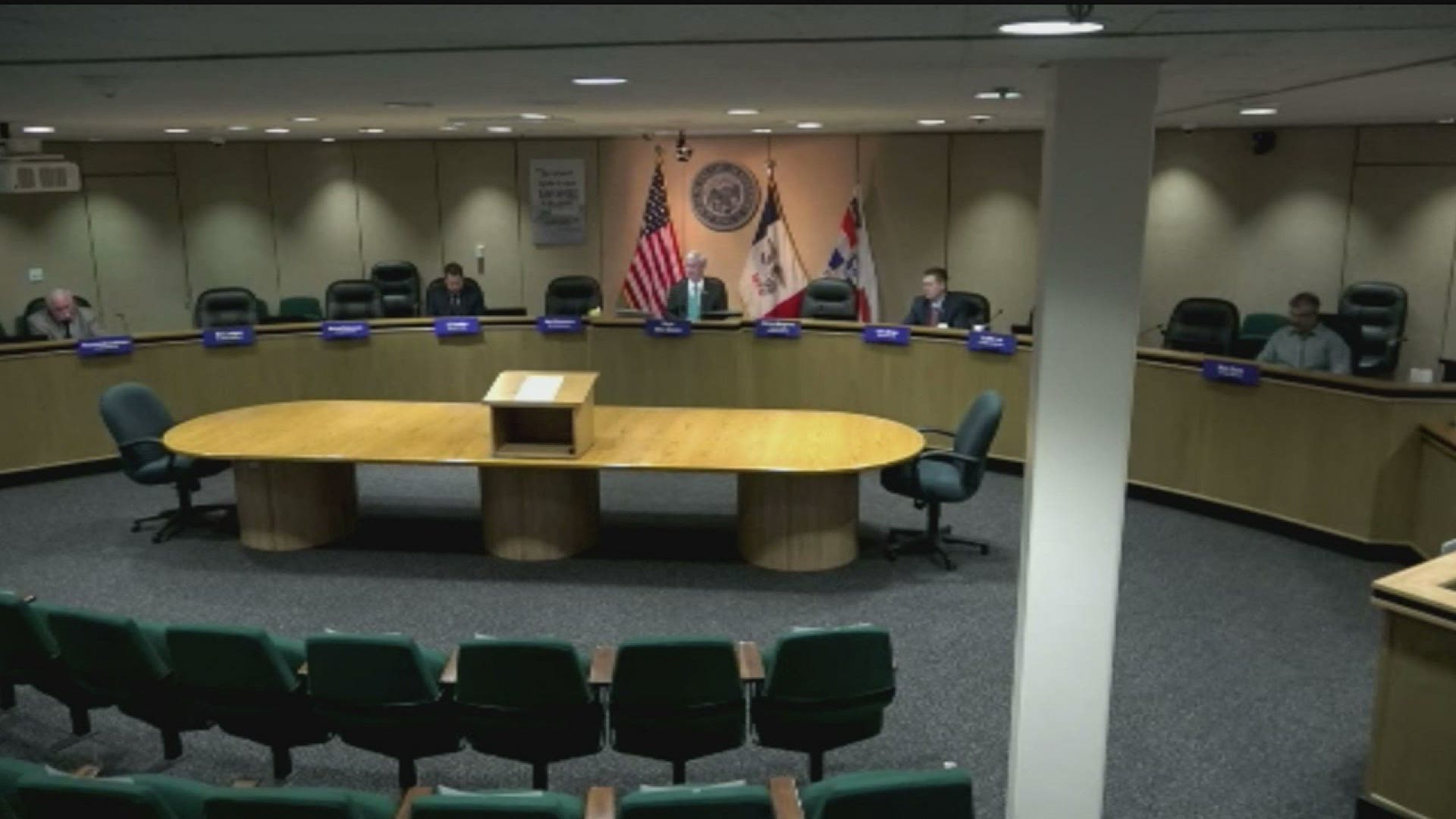 DAVENPORT, Iowa — "Davenport is in business," says Mayor Mike Matson, even as it is following guidelines outlined by the Centers for Disease Control and Prevention to keep gatherings to less than 10 and to use videoconferencing for meetings where possible.

"The city council is still having our meeting tonight," he told News 8 on Wednesday. "We just have our IT department set up a system where six of the alderman can call in, and we can see them and hear them on the system."

"I have system in front of me, I can see who wants to talk and I can see if they want to text in a comment," he said.

The council is balancing social distancing practices while trying to keep its meeting accessible to the public. Members of the public can view the proceedings via livestream on the city's website, and they can still come in person and make public comments.

"We have a TV set up right inside the main entrance here, in the big welcome area, so that if the public wants to come in, they can see the TV," Matson said, explaining that anyone who wishes to comment during public comment portions of the meeting would be invited into the chamber one by one.

"We make sure only ten or less are in the council chambers."

Fourth Ward Alderman Ray Ambrose, present in person at Wednesday's council meeting, says city leaders may be teleworking but they are still working, "24/7."

Matson said he encouraged citizens to send in comments by email, as many had done for an item on the agenda that would ban the practice of trying to convert members of the LGBTQ community.

The mayor said he received 27 emails; he read a summary of the messages, all were in support of the proposed ordinance.

Still at the top of city council's agenda was an update on COVID-19, given by City Administrator Corri Spiegel.

Matson said preparing for more coronavirus cases in the Quad Cities area is at the top of his agenda as well: "[Securing] Personal Protection Equipment for our first responders and hospitals."

"I have sent a letter to the governor explaining the need and the concern for that and the need for our hospitals and first responders," he said.

"Davenport is a can-do city and we have this situation, which is very serious. We are taking it seriously and we’re just making adjustments and following CDC guidelines, but we’re still doing business. The flood is not stopping because of this. Other things aren’t stopping. We want to make sure our citizens know we’re here for them and we’re open."