The theater prepares to hold their first performance since they were forced to shut down last March. 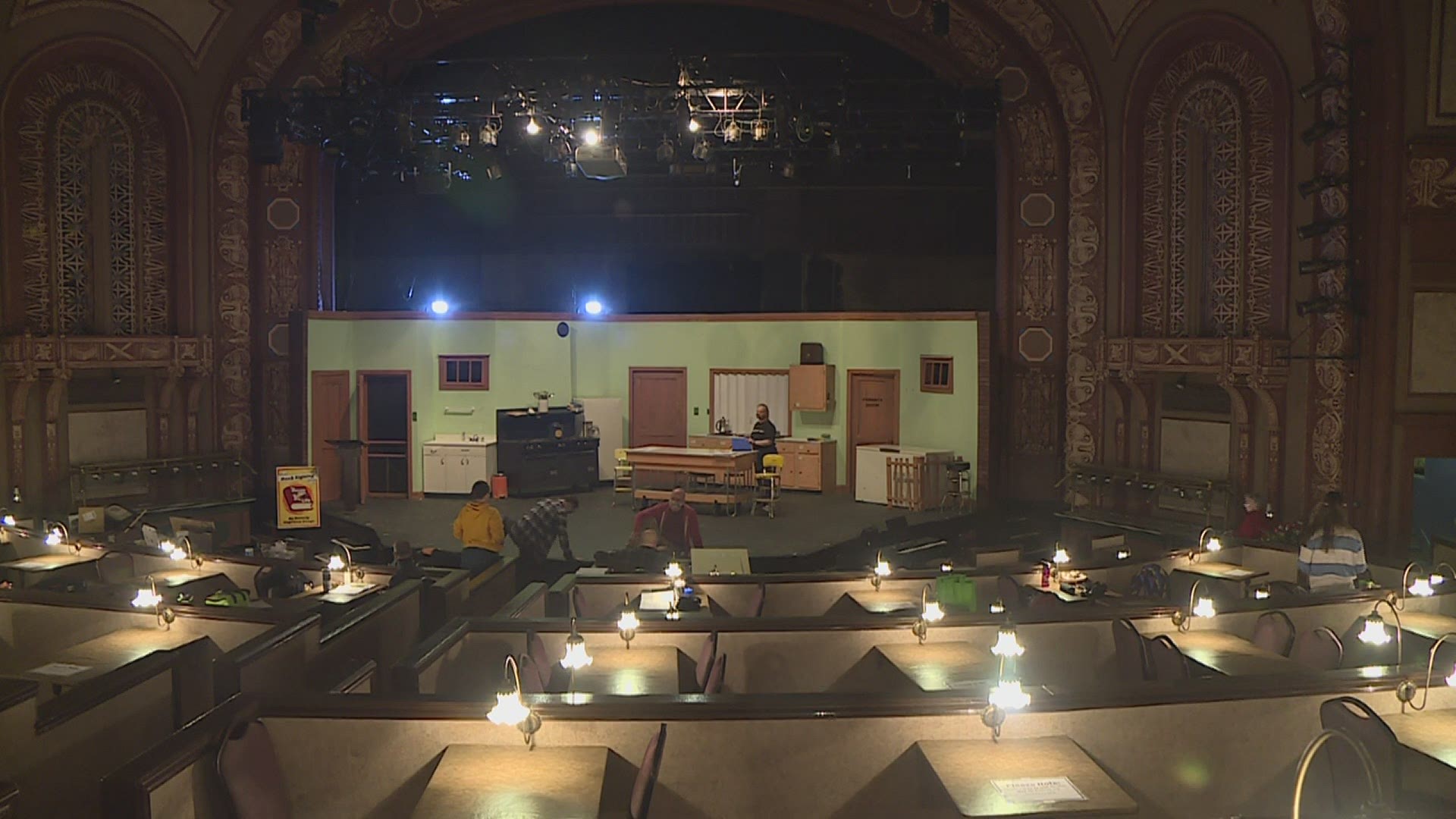 ROCK ISLAND, Ill. — Circa ’21 Dinner Playhouse returns Wednesday with its first in-person performance of "The Church Basement Ladies in You Smell Barn."

The Dinner Playhouse was forced to shut down last March, two days before their opening of “Saturday Night Fever” due to Shelter-in-Place mandates. The theater put on outdoor shows during the summer and streamed virtually throughout colder months.

“I know the Governor opened things a month or so ago, but we wanted to be really sure when we opened again it would be for good. We wouldn’t have to open and then close again,” Director of Audience Development, Brett Hitchcock said.

Hitchcock credits their reopening to state grants and donations:

“We were getting donations checks all the time from people, even people outside the area," he said. "People that live in Indianapolis and way outside of this market.”

Now, Circa ’21 Dinner Playhouse is back with a few alterations. The theater decided to steer away from a buffet style dinner and opted for plated meals. Hitchcock said the change was made to avoid people touching the same utensils.

Masks are required for all guests unless they are seated. While the theater normally holds 334 people, it will run at less than half capacity in attempt to keep the audience and cast members safe.