Crews worked the fire for hours overnight, with people at the scene saying "it sounded like jet engines taking off, the ground was shaking." 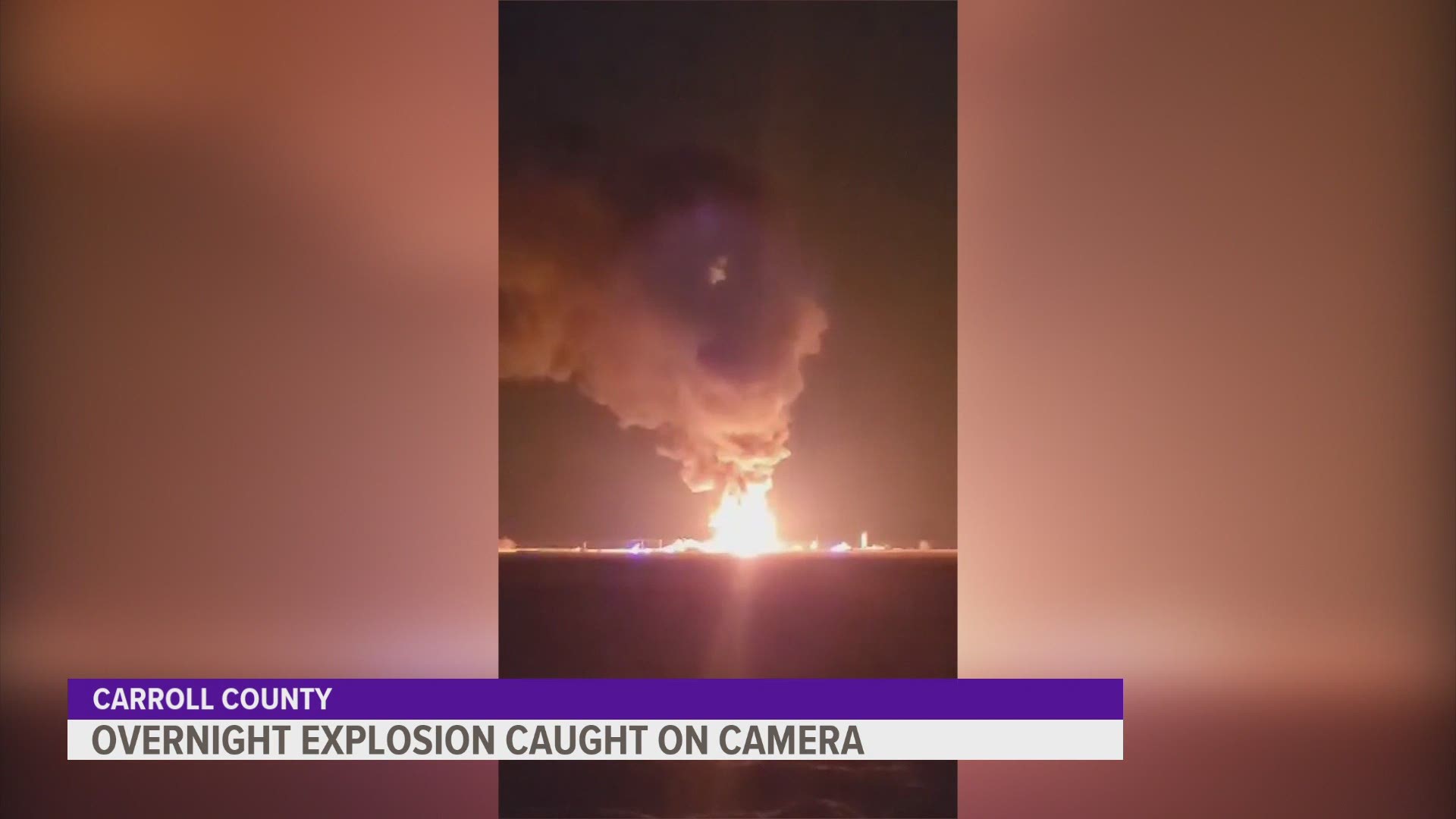 According to a volunteer firefighter on the scene, crews worked the fire from 10 p.m. Tuesday to 2:30 a.m. Wednesday. People at the scene told Local 5 propane tanks were igniting for a while, and "it sounded like jet engines taking off, the ground was shaking."

"I'm not gonna lie, I was a little nervous," one firefighter said.

The business is named Al's Corner Oil Company. It is a fueling station in rural Carroll as well as a space for businesses and individuals to buy large propane tanks.

One passerby, Emily Logan, said she could feel the explosion from about a mile away. She and her boyfriend were driving home at the time and saw the flames from the road.

Logan said she pulled over and took video and pictures. She said the explosion shook her car.

Wade Adams was at his home in Auburn about two miles when he felt the explosion as well. He said it rattled his house windows.

"I'm a volunteer firefighter, so I got the call right when I was getting home from the gym," Adams said.  "I wanted to help out, but by then, everyone said stay away."

Seven area agencies were called in to help. Because of the subzero temperatures, water lines kept freezing.

The location is in a remote area with no nearby fire hydrants. Water had to be trucked in from the outside, which took time and a lot of manpower, according to the Carroll fire department.

There is a house on the property. At the time, people were inside the home. However, no one was hurt.

The building a total loss.

This is a developing story and will be updated as more information becomes available. Download the We Are Iowa app or subscribe to Local 5's "5 Things to Know" email newsletter for the latest news.