The show director said this is the first public event the expo center has held in almost a year, and there is still lots of excitement. 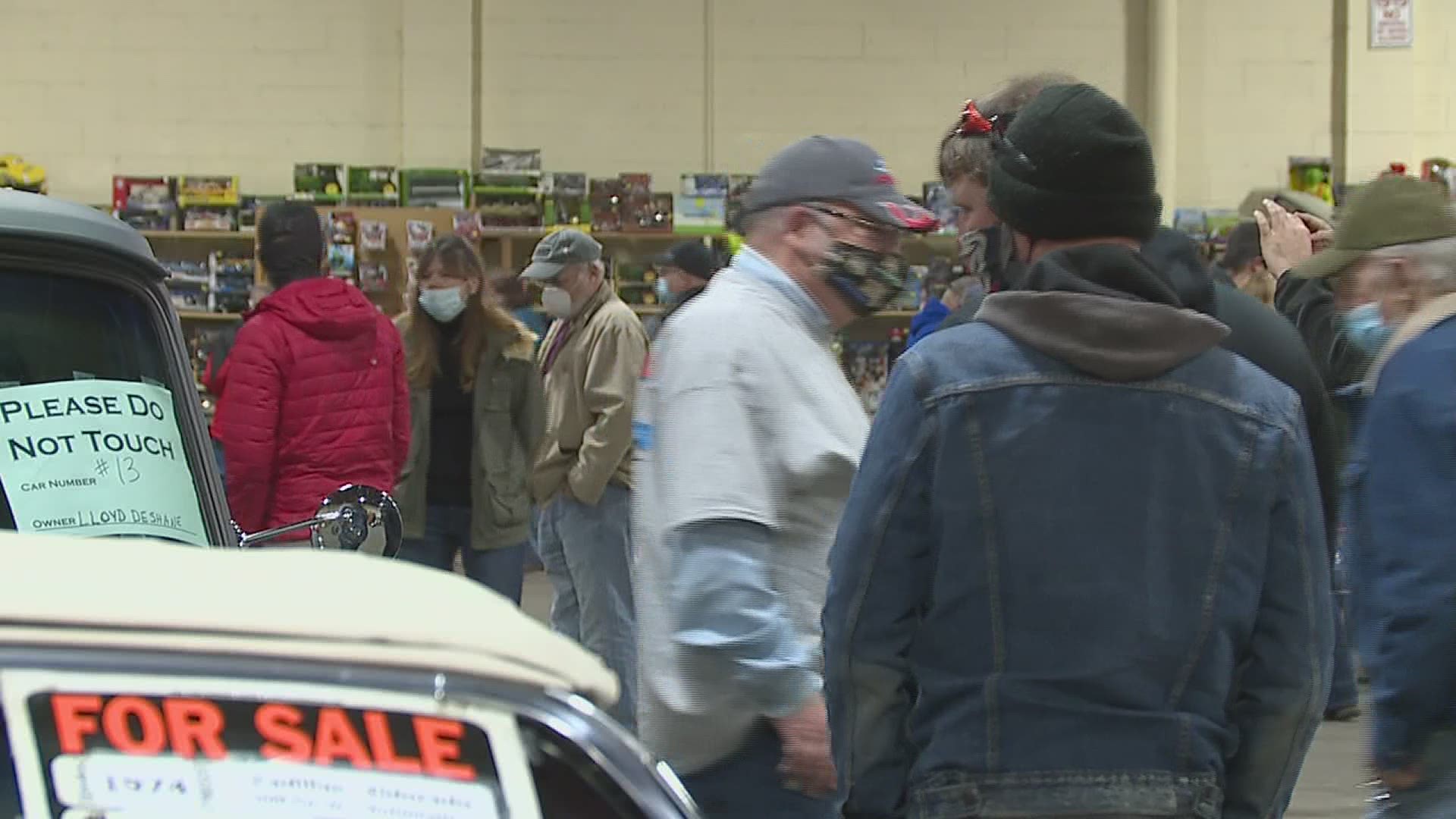 ROCK ISLAND, Ill. — There were some familiar sights inside the QCCA Expo Center over this weekend.

"We’re excited to have it opening," said Robert Junker.

The Expo Center in Rock Island is hosted a car show from January 22, 2021 through January 24, 2021. Robert Junker is the show director, and said this is the first public event they've held in 10 months.

Signs are posted throughout the complex reminding people of the mask requirement and to maintain social distancing. There are fewer concessions options this year, too.

The popular "Bald Eagle Days" event was cancelled due to the COVID-19 pandemic, among other events during that time.

This is the first year the Expo Center has planned their own car show. Junker said typically another organization would plan and sponsor the event. This year, the car show looks a little different than in years past.

But, that isn't taking the excitement away from exhibitors like Joe Grant.

"Our car numbers are down, but we’ve still got a nice display of cars here and lot of stuff for people to look at," Grant said.

Grant has been bringing his cars to shows at the Expo Center for about 15 years.

"I figure if a few of us local people don’t support it they wont have it," Grant said.

Families were excited about what they saw, too.

"I’m a big fan of the new corvettes, and they got one down there, it’s just phenomenal looking," said Moline resident Brent Mittman.

So even with something a little different, these car enthusiasts have enough drive to make it memorable.