Firefighters had to cut the car open to get the occupants out after a crash Saturday afternoon. 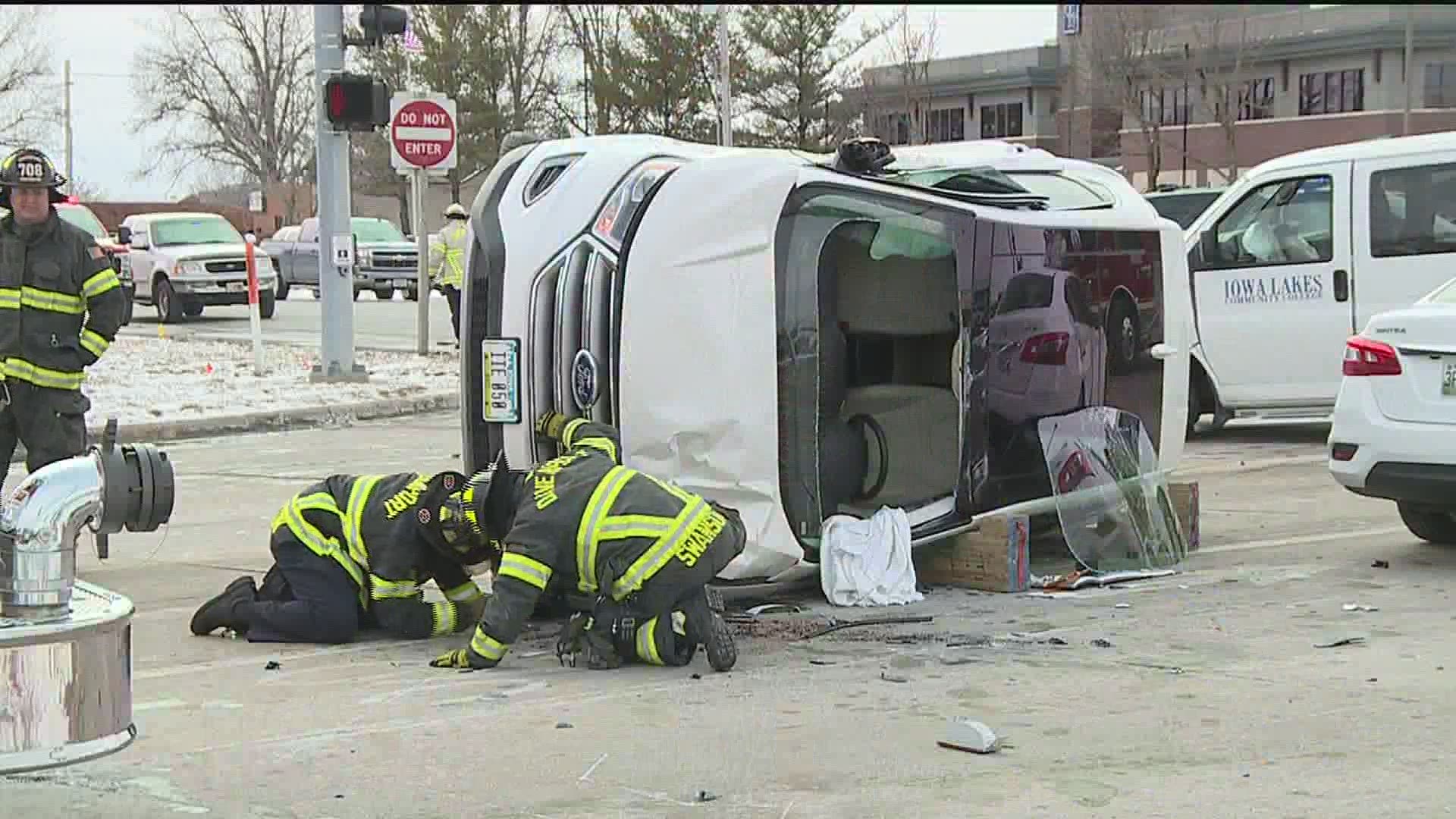 DAVENPORT, Iowa — Brady Street traffic in Davenport was held up for a time in the afternoon of  Saturday, February 15th after a car accident involving three vehicles.

The crash happened near the intersection of Brady and 46th Streets. Davenport firefighters were forced to move quickly cut out the windshield of a flipped car with the occupant still inside. The other two vehicles sustained significant damage.

Davenport Police have not released a statement about the cause of the crash or if anyone involved was injured.