The car crashed in the 4600 block of Telegraph Road near Sunderbruch Park in Davenport, IA just after noon on Jan. 8, 2021. Check back here for updates. 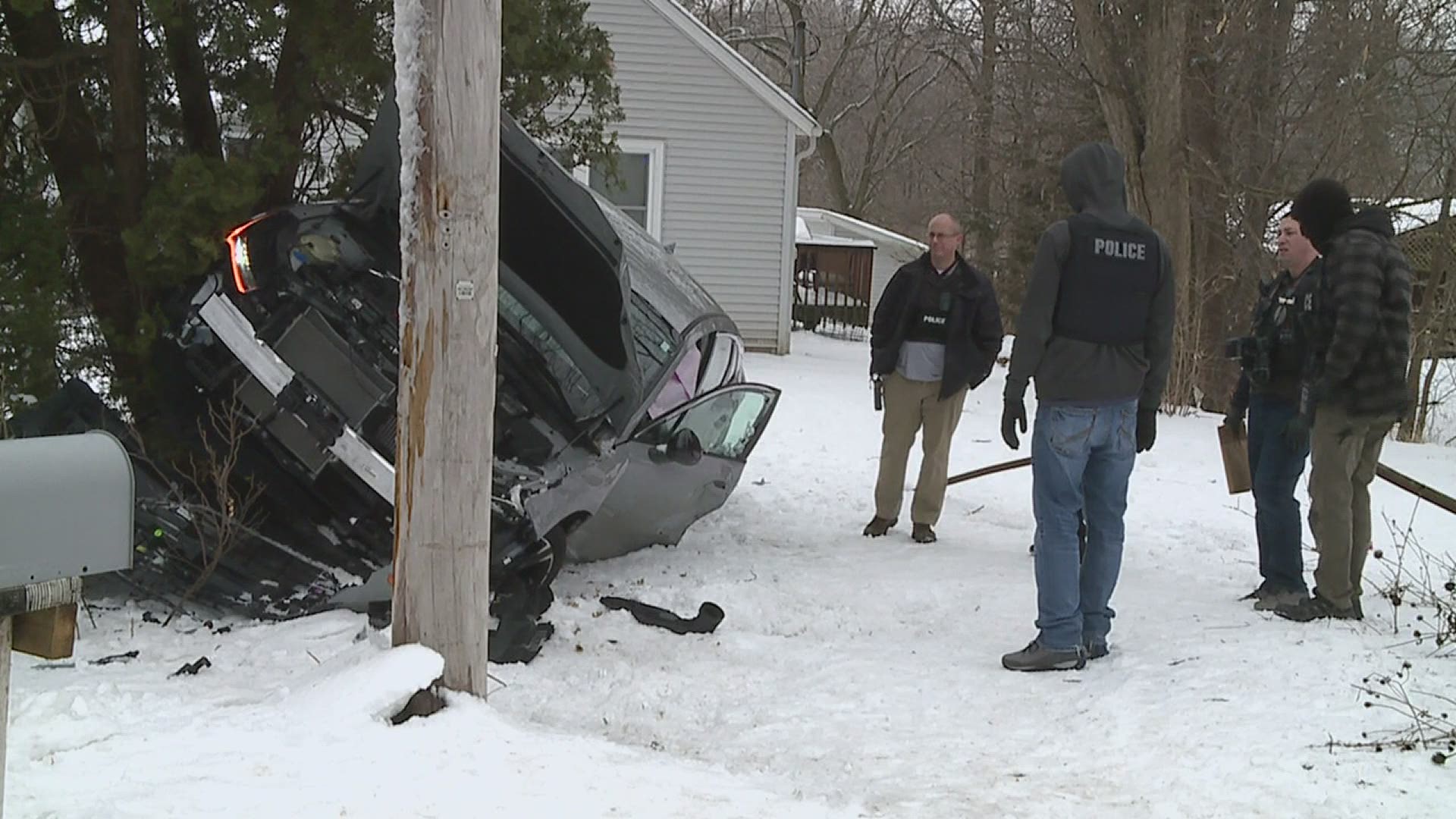 DAVENPORT, Iowa — A 19-year-old and two other teens have been charged after a police chase with a stolen car ended with a rollover crash into a tree.

The chase started shortly before noon on Friday, January 8 after police tried to pull over a vehicle in relation to a weapons call, according to a statement from the Davenport Police Department.  A 911 caller told Davenport Police that people were "hanging out of the window" pointing guns at people in other cars in the area of 1900 W. 40th Street.

The car in question, a 2021 Kia K5, was located near 12th and Ripley Streets. That's where police initially attempted the traffic stop.

The vehicle's rightful owner told News 8 that she noticed her vehicle missing earlier in the day, and reported it to the police around 7:30 a.m.

Officers chased the car and tried an unsuccessful PIT maneuver near Locust Street and Wisconsin Avenue, according to police.  A squad car was damaged and the car continued on.

The chase came to an end in the 4300 block of Telegraph Road near Sunderbruch Park when the driver lost control on a turn.  The car rolled and crashed into a tree.

Two of the teens ran from the car while a third was arrested near the vehicle.

Police said all three were eventually identified and charged; one sustained minor injuries and was treated at a local hospital.

Police said 19-year-old Javon D. Combs was taken to the Scott County Jail and is charged with first-degree theft, felon in possession of a firearm, driving under suspension, reckless driving, eluding and interference with official acts.

Police said they found guns during their investigation. One of them had been stolen from an unlocked vehicle in early December.