“It’s not what we expected, but it’s the best they could do, and I appreciate it,” said the school Valedictorian, Jacob Farabee. 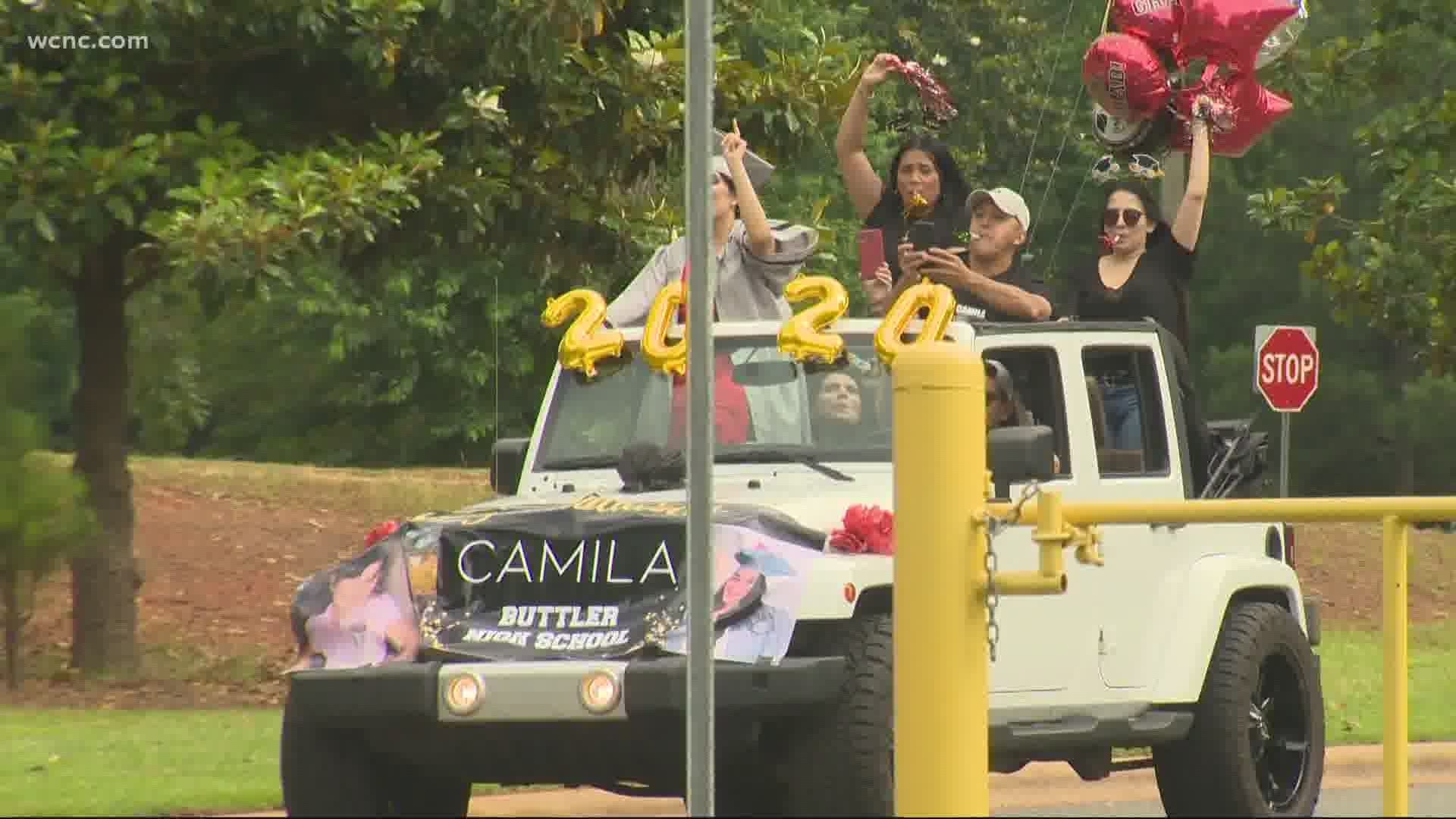 CHARLOTTE, N.C. — This week the Charlotte Mecklenburg School District is celebrating their graduating class of 2020. All across the district, high schools have been holding virtual graduation ceremonies.

Many of those ceremonies then followed by graduation parades and today one of those parades took place at Butler High School in Matthews, N.C., where students took part in a ceremony unlike any other before them.

“It’s not what we expected, but it’s the best they could do, and I appreciate it,” said the school Valedictorian, Jacob Farabee.

It may not have been the graduation ceremony they envisioned due to the Coronavirus pandemic, but all of the elements were there. Each of the student’s names were announced over the loudspeaker, there were cheers, pictures with the principal and the presentation of diplomas.

“It’s actually way better than I expected on how it was going to be, so they went all out with this,“ said graduate, Volcano Shelton.

For graduate Neticia Lewis, Wednesday wasn’t about the graduation ceremony she didn’t get, but instead on the future she now has.

“It’s a huge milestone,” she says. “I’m the 3rd of my mom’s 4 to graduate so it’s just amazing. I’ll be the first generation to go to college.

This year’s graduating class included more than 400 students, but one graduate visibly missing from today’s celebration was Bobby McKeithen.

McKeithen was shot and killed inside the school by a fellow student in 2018.

A picture of McKeithen was included in the school’s virtual ceremony Tuesday and the school says a certificate has been made for his family.

But his absence on this day, a day families celebrate their child’s future, it’s a reminder for all graduates that they have so much to be thankful for.

RELATED: With retailers closing up shop, malls are getting creative to stay open amid COVID-19

RELATED: Dr. Fauci says coronavirus turned 'out to be my worst nightmare'