The two marches over the weekend included gathering on busy street corners throughout Davenport, holding signs and pictures and passing out fliers. 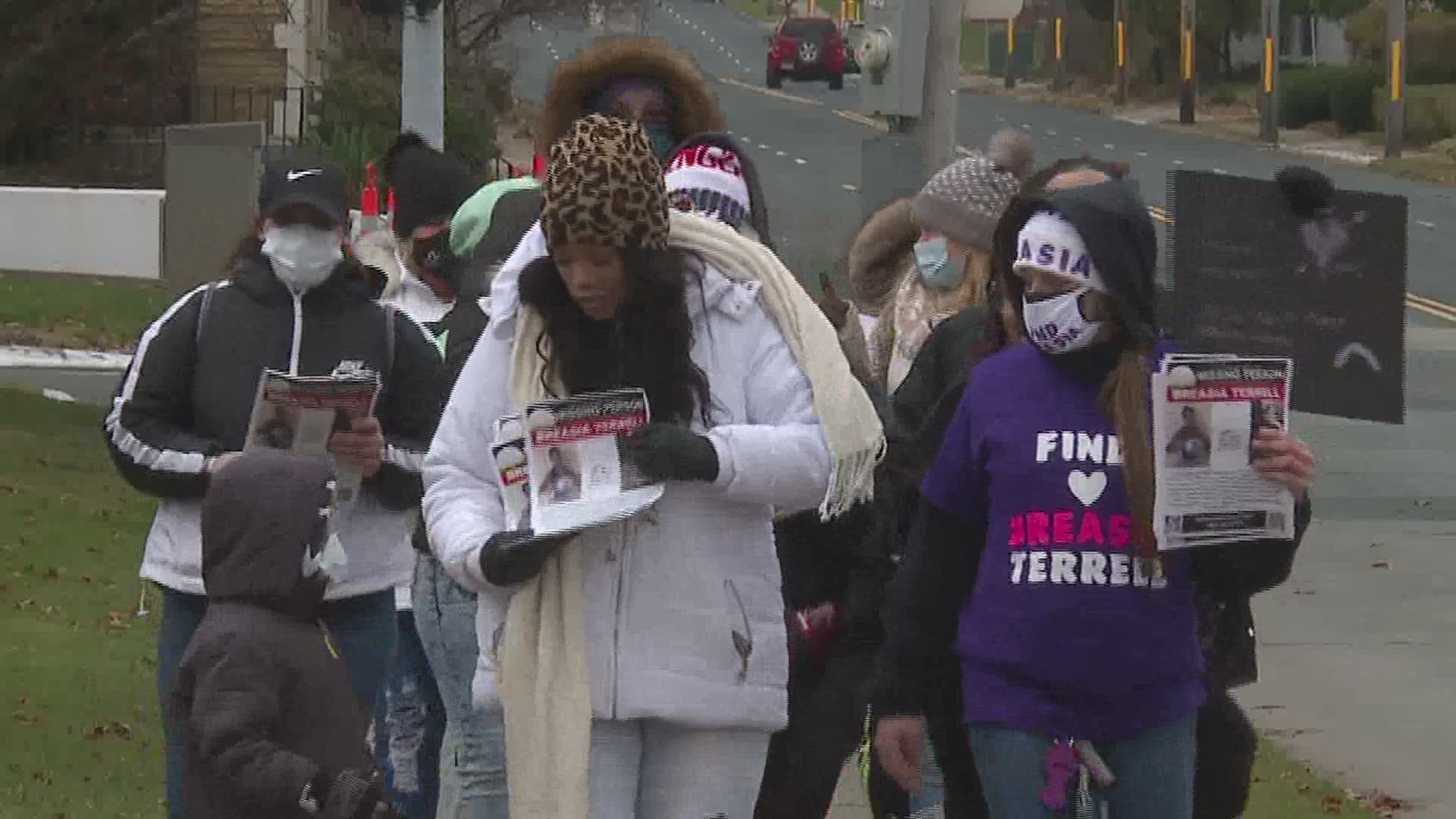 DAVENPORT, Iowa — The family of missing ten-year-old Breasia Terrell is still looking for answers, four months after she disappeared.

Family, friends and others gathered Saturday at the Davenport apartment complex where Breasia was last seen on the night of July 9th.

Breasia's mother, relatives and others say they formed Saturday's march to raise awareness Breasia is still missing, and they are thankful for the support from the community.

"I definitely appreciate them out here, taking the time and the effort," said Aishia Lankford, Breasia's mother. "With the t-shirts, the hats, the posters. We definitely standing with them."

The rainy Saturday, followed by a dreary Sunday, was part of two days of marching to find answers in Breasia's disappearance.

"It’s been a hundred and twenty-seven days," Lankford said.

The two marches over the weekend included gathering on busy street corners throughout Davenport, holding signs and pictures and passing out fliers. All of this is with the hope someone knows something that can bring Breasia home.

Lankford returned to the Davenport apartment complex Saturday, and said she was nervous about that experience.

"I mean my stomach, it definitely kinda bubbled a little bit," Lankford said. "I mean to come back to this place after 127 days it’s definitely rough, but I’m here because the community gathered together."

But Lankford said she is grateful for the community's continued support.

Davenport Police have named Henry Dinkins the person of interest in the case, but so far no one has been charged in the disappearance.