Bottoms and Kemp | The different views of the two leaders

Gov. Brian Kemp and Atlanta Mayor Keisha Lance Bottoms have had different ideas on what actions should be taken and how. 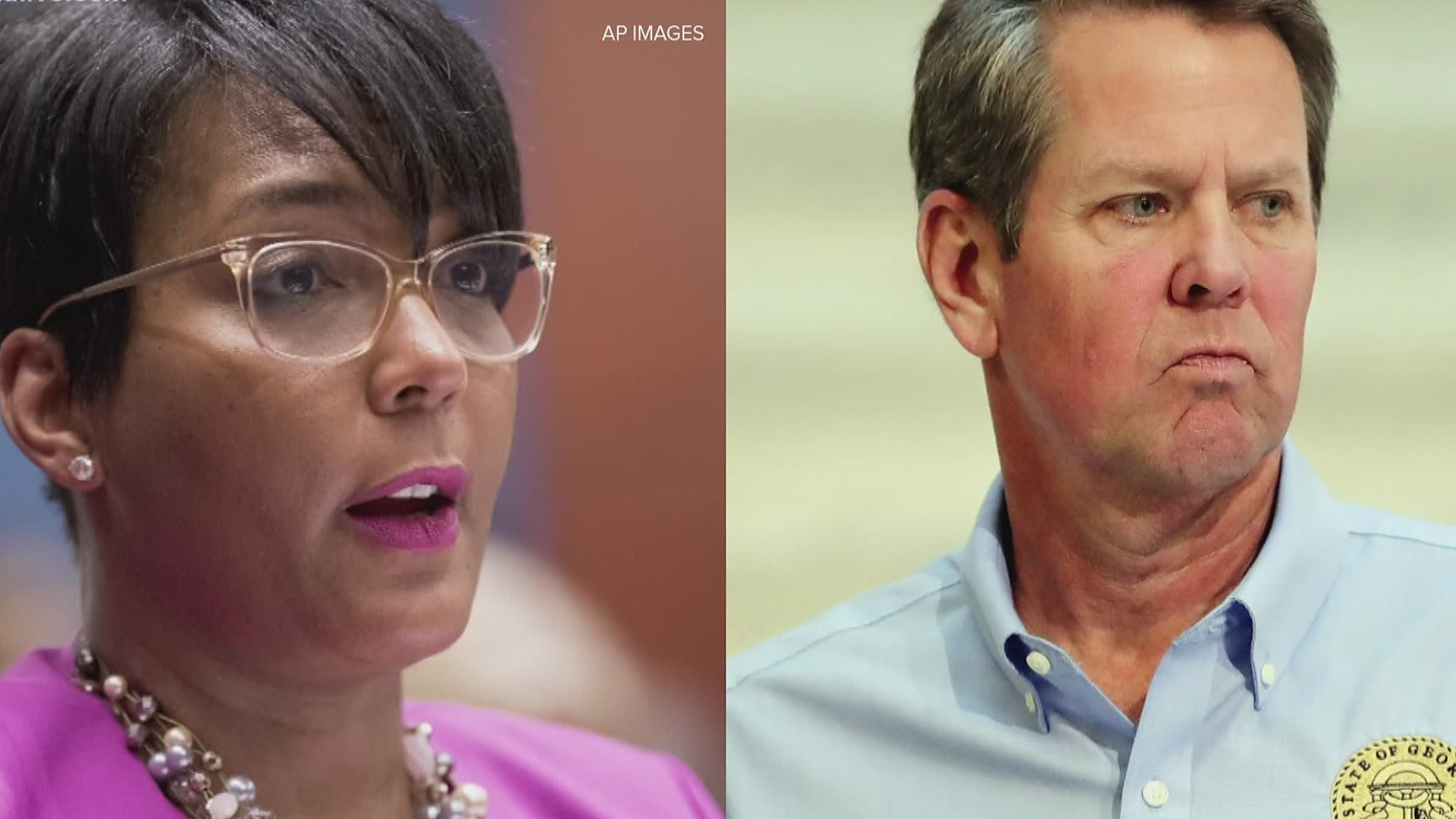 ATLANTA — Since the start of the pandemic, two leaders have expressed opposing views on how to best guide metro Atlanta through these challenging times.

Gov. Brian Kemp and Atlanta Mayor Keisha Lance Bottoms have had different ideas on what actions should be taken and how.

They've had different views on closing down the state and the guidelines for reopening. And now, the disagreements have become a hot topic again. This time, in regards to the city’s racial tensions.

Kemp declared a state of emergency Monday in response to a deadly weekend of gun violence in Atlanta. At least 31 people were shot and five of those victims died, including 8-year-old Secoriea Turner.

"Peaceful protests were hijacked by criminals with a dangerous, destructive agenda," the governor said.

Bottoms criticized that decision in an interview with a national media outlet, saying the city and Georgia State Patrol did not ask for assistance.

COVID-19 has been another dividing factor between the two leaders. Bottoms hasn't held back on saying the state reopened too soon. Gov. Kemp believed it was time for businesses to have the option of reopening.

She also suggested in a tweet that “perhaps the National Guard can help with testing" for COVID-19.

Now, masks mandates are another point of contention.

Bottoms signed an order Wednesday night mandating them in the city. But the governor has said wouldn’t mandate them in public – but still recommends wearing masks and it is a part of the state’s public health guidance.

"Wearing a mask helps prevent you or me from spreading the virus if we happen it have it, especially if your asymptomatic," he's said in the past.

As more local cities push to mandate the use of face masks in public spaces, this is in efforts to push back an order from Gov. Kemp that discourages local governments from setting their own public health rules.

APD: 9-year-old, others hurt in shooting after fight breaks out with large group