Black Lives Matter billboard asks: 'Which side of history will you be on?'

"Everybody was there for one common goal, and that is racism is no more for us. We do not want it. It's not valid to us any longer." 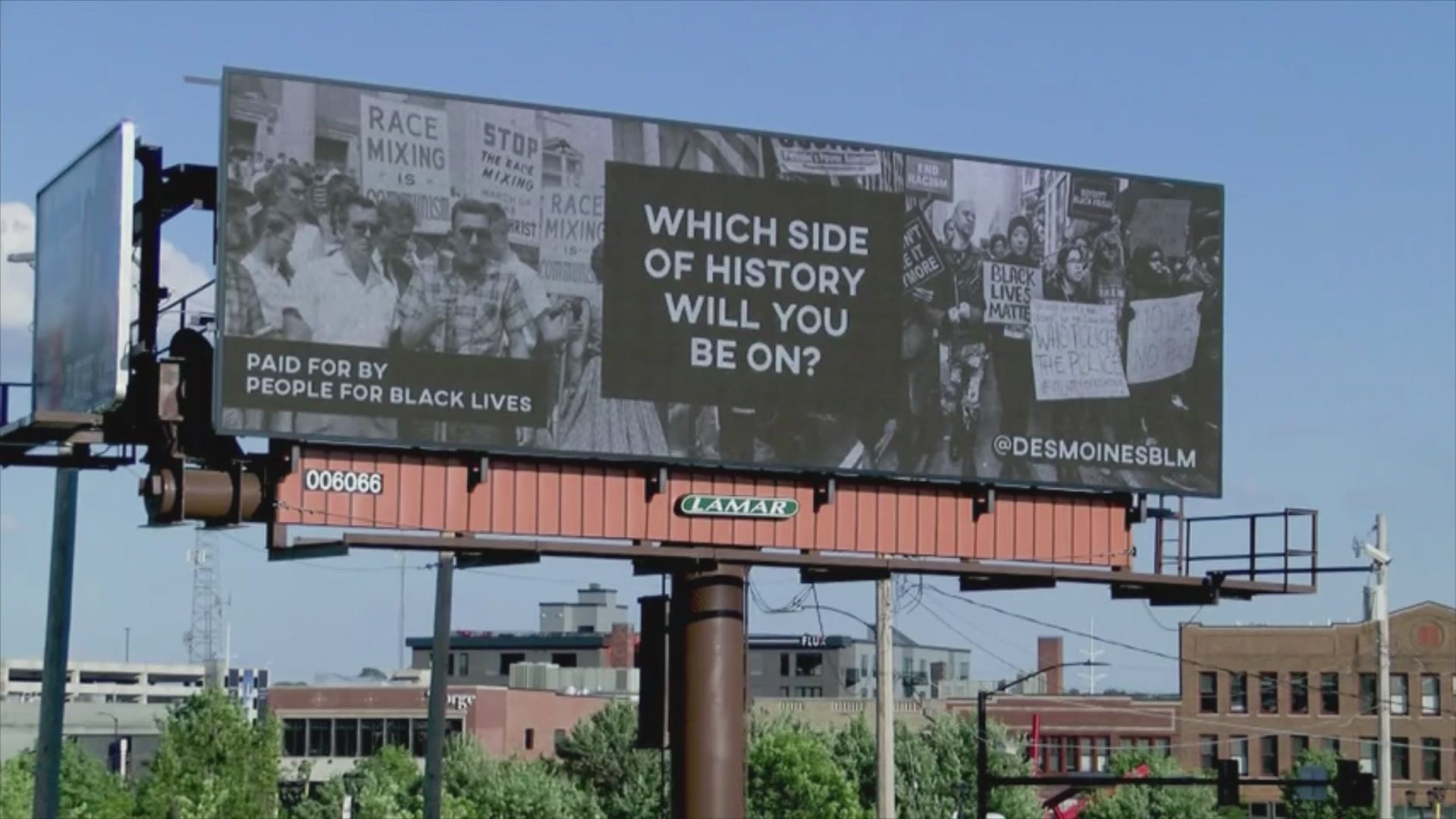 DES MOINES, Iowa — A billboard asking, "Which side of history will you be on?", was recently put up by Des Moines Black Lives Matter.

It's now been shared on social media more than 60,000 times.

Local 5 spoke to those who designed and championed this simple message to Des Moines.

"It was the most disgusting and beautiful thing I've ever seen in my life," EDM rapper Loren Parks said. "Disgusting because I can't believe that in 2020. We all actually had to be out here fighting for what we've been fighting for. But it was beautiful to see. Everybody was there for one common goal, and that is racism is no more for us. We do not want it. It's not valid to us any longer,"

"People were down to help out and we kind of put it together," creator and EDM DJ Seth Leopold said. "My wife JC and I own a company, a graphic design company here in Des Moines. So we did all the graphic work. We put it together and put up a billboard.

"Once the word got out there, everybody was really on top of it," Parks said. We're like, this needs to happen. we love it. Because this makes people uncomfortable. When they drive by it, people don't understand it. They don't really get it, like people that weren't out there marching with us and aren't fighting alongside of us and that's exactly what we wanted out of this."

"We just wanted our black community and our black friends in Des Moines to know that there are people here that care about them and care about doing the right thing," creator Jacy Leopold said.

"This this is just a small fraction of the the reflection of what the EDM community honestly did," The amount of protesting the amount of due diligence, the amount of being at the right means the right time and sharing the information and correcting each other online. That's the real, permanent value of what the edm community offered. I've never been more proud to be part of a community," Seth said.

"There's a lot of times where in a city like Des Moines, you don't see the community come together as one because there's really not a lot of times a reason to, but everybody really pulled out for this when they really showed out. People showed how much they cared," Parks said.

"It's been really powerful honestly, to see everybody come together and be united for one thing and stand up for each other and really be supportive and carry each other care about each other out loud," Jacy said.

The creators made a GoFundMe to raise funds for putting the billboards up. 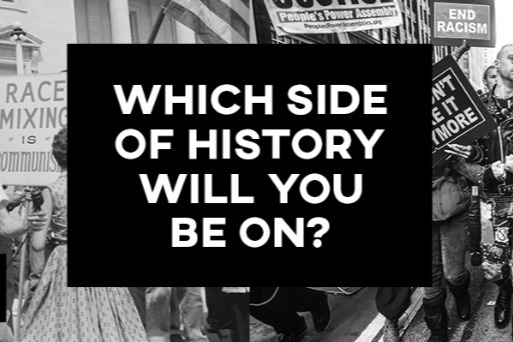 BLM Billboard - Des Moines organized by Daniel Green
Goal: Raise money to fund a billboard that brings much needed attention & awareness to the serious issue of racial inequality and police brutality in our city, state and country. Billboard artwork by: Jacy Leopold This project is paid for by people for black lives with support from the Iowa Bass (EDM) community.

Since Wednesday was the last day they would be up, they say the remaining money is going to be donated to the Des Moines Black Lives Matter.

Or if you'd like to donate directly to the Des Moines Black Lives Matter, the link to their GoFundMe can be found here.