Bill Murray tees off at the John Deere Classic

It was an amateur golfer that stole the show at Wednesday’s John Deere Classic Pro-Am. 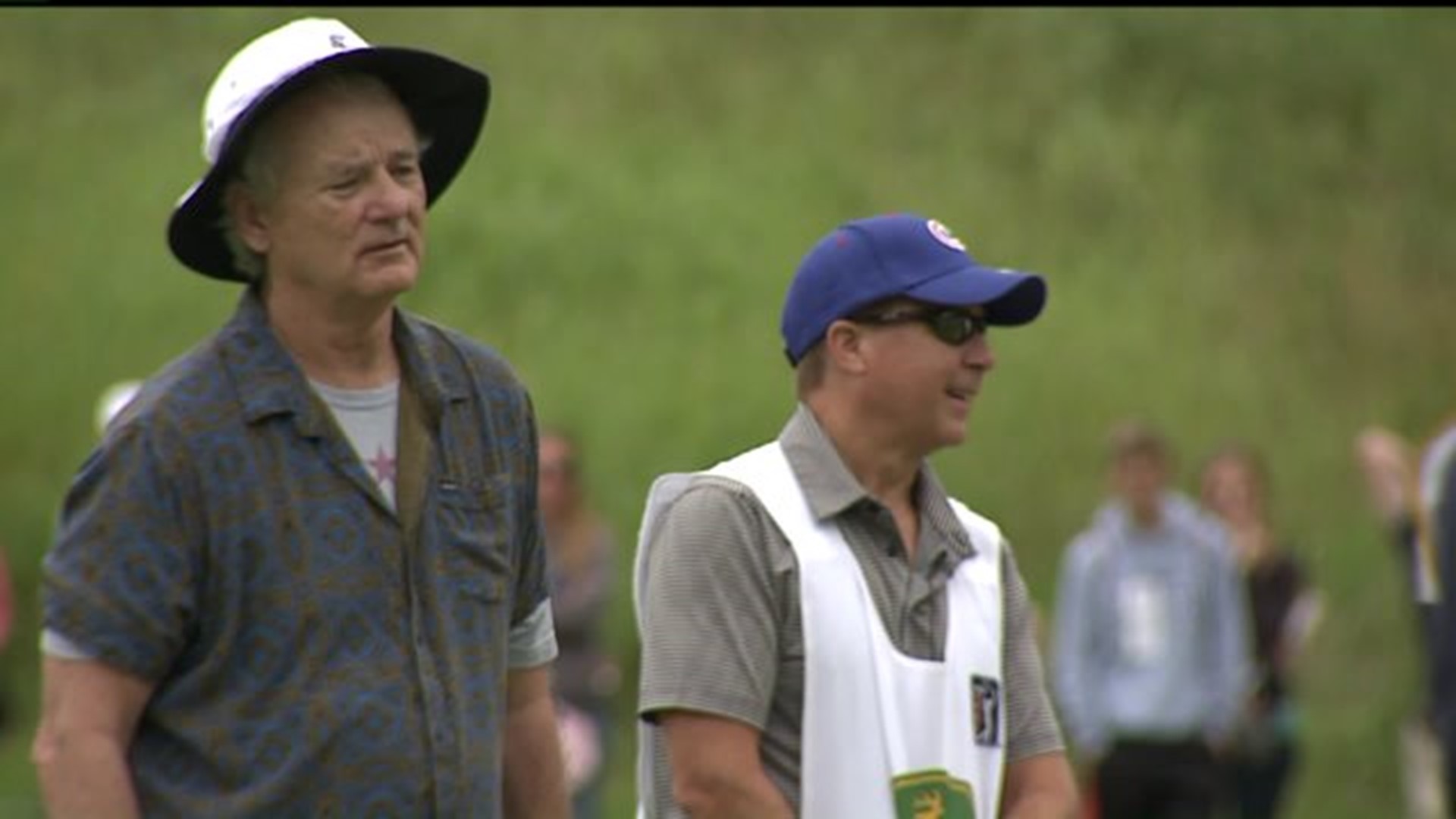 It was an amateur golfer that stole the show at Wednesday's John Deere Classic Pro-Am.

Comedian Bill Murray teed off at 8:45 a.m., teaming up with professional golfer D.A. Points for a nearly six-hour round at TPC Deere Run.

Not surprisingly, Murray drew the biggest gallery of the day.

"I'm not used to having this kind of crowd when I play golf, and I've been called an amateur twice by Bill. And he's exactly right. I haven't played too well because of it," laughed Russ Rerocha, a Nebraska golfer who was lucky enough to play with Murray.

The actor was a hit with the crowds, frequently pausing to sign autographs, take selfies, and rib any Cardinals fans on the course. Along the way, he kept everyone laughing -- stopping for steak on a stick and pulling female fans onto his golf cart.

The humor helped keep his teammates entertained and at ease.

"It's a little nerve-wracking. My stomach was turning this morning, but the nerves calmed down. He's a great guy, easy to play with," said Jason Luebbe. "Playing golf with him is a true honor."

The first round of JDC tournament play begins Thursday morning.