Seven families grieving the death of a military loved one will appear in TAPS' parade video. 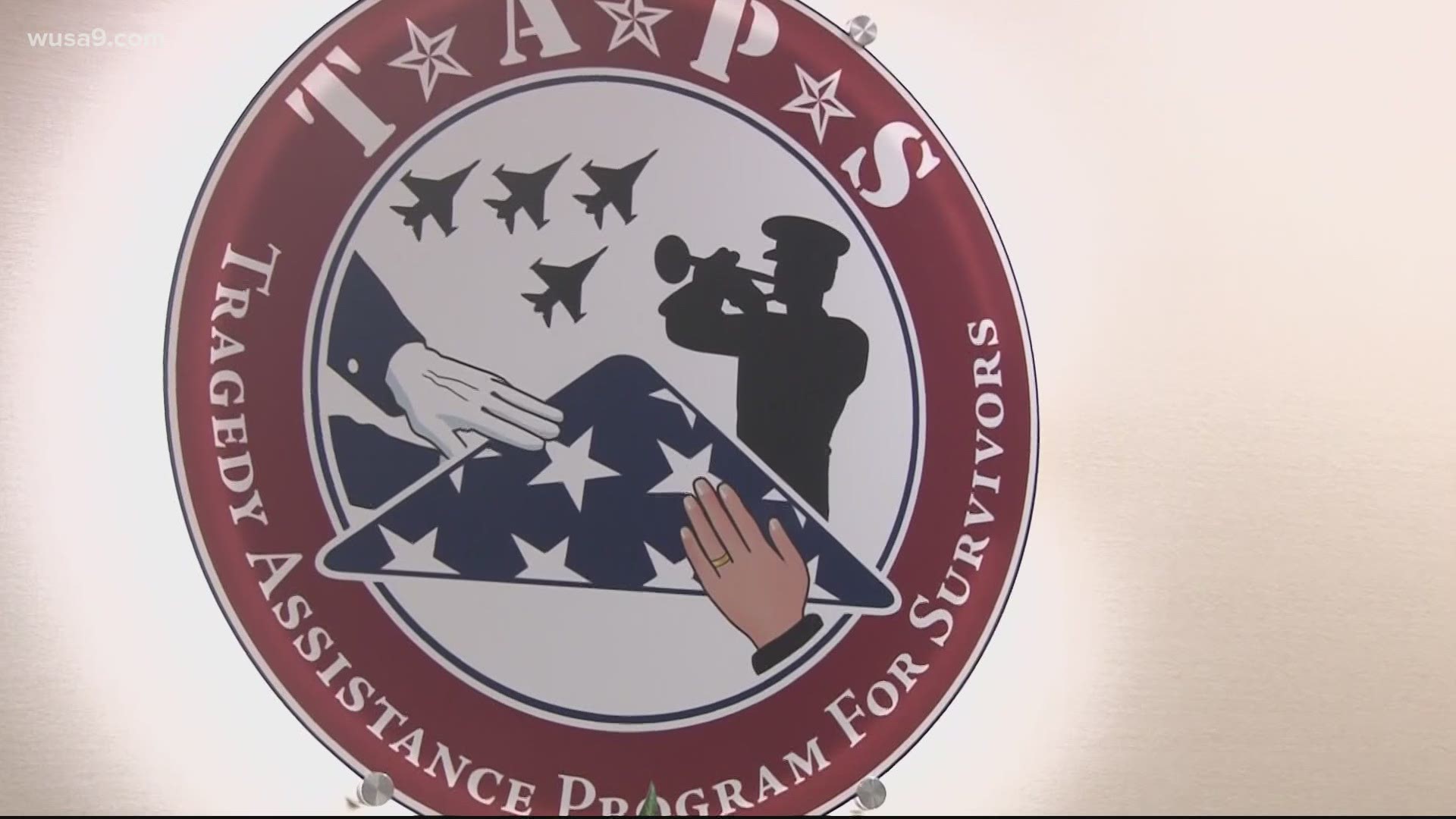 WASHINGTON, D.C., USA — Inauguration Day is here – and so are the beloved traditions that come with it.

One of the most anticipated events is the inauguration parade, which this year will feature performers, athletes and heroes from 56 U.S. states and territories. Representing Virginia is the Arlington-based Tragedy Assistance Program for Survivors (TAPS), selected by the Presidential Inaugural Committee.

TAPS is a national organization that provides community and resources for those grieving the loss of a military loved one. Air force veteran and TAPS president, Bonnie Carroll, started the group to help other grieving families get back on their feet -- an idea she had after her husband was killed in a military plane crash.

“We’re just honored that America remembers our loved ones and honors their sacrifice,” said Carroll. “We hope that everyone who’s watching the parade understands this is a celebration of American democracy. And for our families, this is our day to honor our loved ones and remember the sacrifices they have made for America.”

TAPS, the nation's organization representing America's Fallen Heroes, is honored to once again be featured in an Inaugural Parade. We have been part of events during every inauguration since our founding, to share our mission and honor our loved ones.https://t.co/ZF16uPywxE

This year’s parade will be held virtually due to the coronavirus pandemic. Instead of marching in person, participants have submitted videos. Seven families will participate in TAPS’ parade appearance, including DC resident Sara Wilson and her daughters, Christina (13) and Kate (9).

RELATED: 'My daughter someday could be where she is' | 2 women honor Kamala Harris through candle design

Wilson lost her husband, Navy Capt. David Wilson, to a heart attack in 2014. She says the TAPS community helped herself and her daughters get back on their feet.

“It was a place where we could find another family,” Wilson said. “I found my tribe there, the girls have gone to grief camp that Bonnie’s team hosts every year … it’s been wonderful to have found this new family that can support us.”

Seven years later, the Wilsons are proud to represent TAPS — and the Commonwealth of Virginia — in the historic parade. With thousands of troops called in to protect our nation’s capital, this year’s celebration of American democracy is especially meaningful for those familiar with the sacrifice that service can entail.

“I was very excited,” Kate said. Her older sister nodded. “I feel really honored to be a part of something so special to honor my dad," Christina said.

You can tune into the Parade Across America here or on the Presidential Inaugural Committee’s social media platforms, including YouTube, Facebook, and Twitter. It starts at 3:15 p.m.