The Bickelhaupt Arboretum lost dozens of precious trees in August's derecho. Now the team there sees opportunity after the devastation. 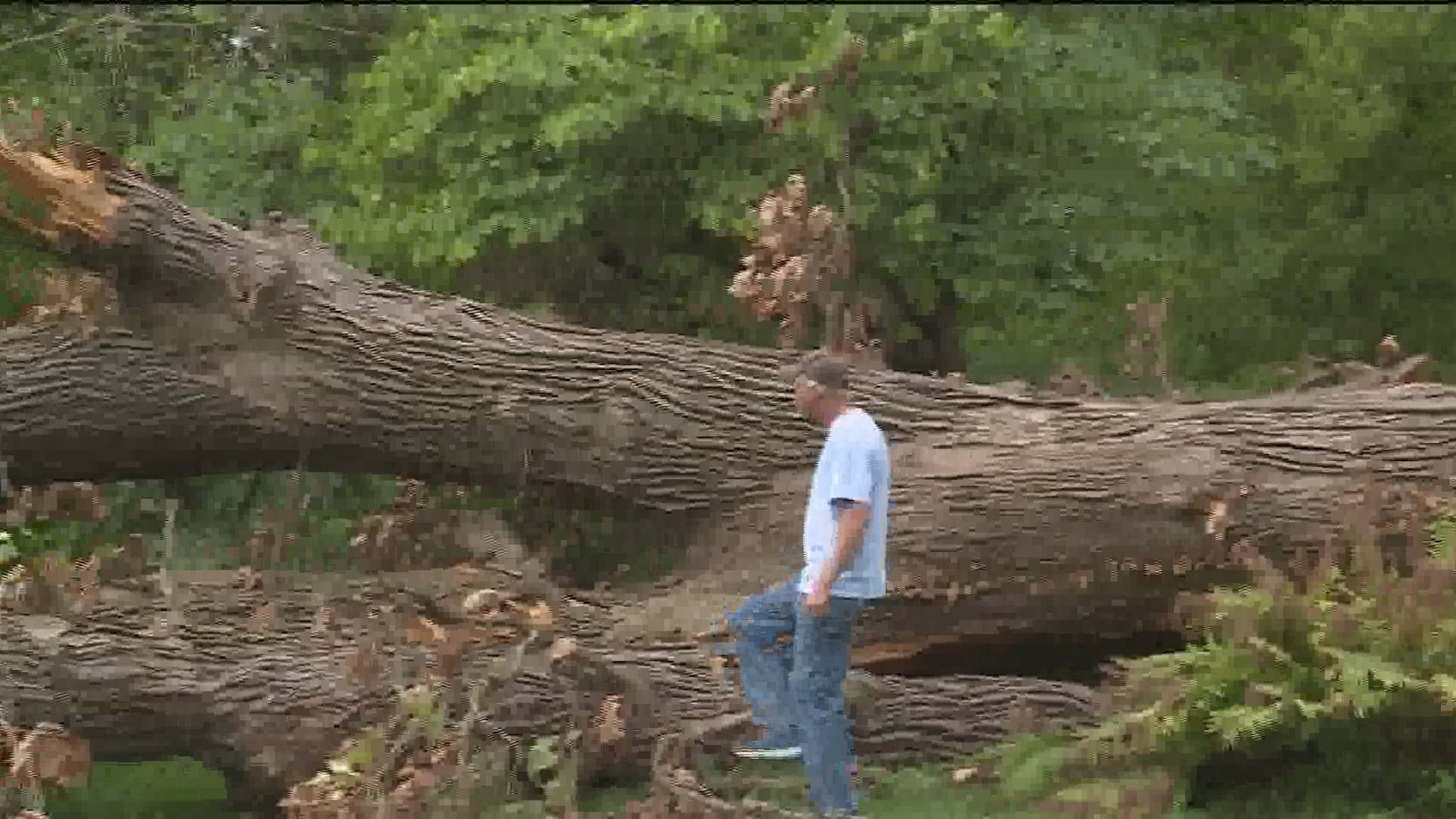 CLINTON, Iowa — The team at the arboretum in Clinton says it'll take months to clean-up what the derecho left behind a month ago.

"It just made me cry," she says. "It wasn't just one tree. There were so many trees, and trees that we loved."

Hansen says about two dozen big trees were lost along with even more damaged trees that'll have to come down.

For David Horst, director of horticulture, it's devastating to see the trees still lying where they fell in the straight-line winds.

"To see them laying like this, and to know they'll never be here again, even if we replant, it`ll take many many years for the trees to reach this size," he says of a giant, 200-year-old burr oak that was lost.

They also lost a ginkgo tree which has grown for decades; too many of its branches came down and it won't survive. So it has to come down all the way.

Hansen and Horst say they lost pieces of history, nature and beauty they can never get back. But that doesn't mean they aren't optimistic about the future.

"At first, it really hit us hard," Horst says. "Now it`s to the point, you have to look at it as the good things that come from it."

He says they have a chance to plant new trees, hardier trees that can withstand whatever the next 200 years could bring.

"We need to protect our earth, replant and get back on track. And we will," Hansen says.

For now, the arboretum is closed. Hansen says they hope to reopen one small portion in the next few weeks to continue the summer's Art in the Arb showcase. Most of the arboretum will be closed until next spring. That's how long they expect clean-up to last.