The use of deadly use of force in an incident that left a Bettendorf man dead has been deemed justified by the Scott County Attorney's Office. 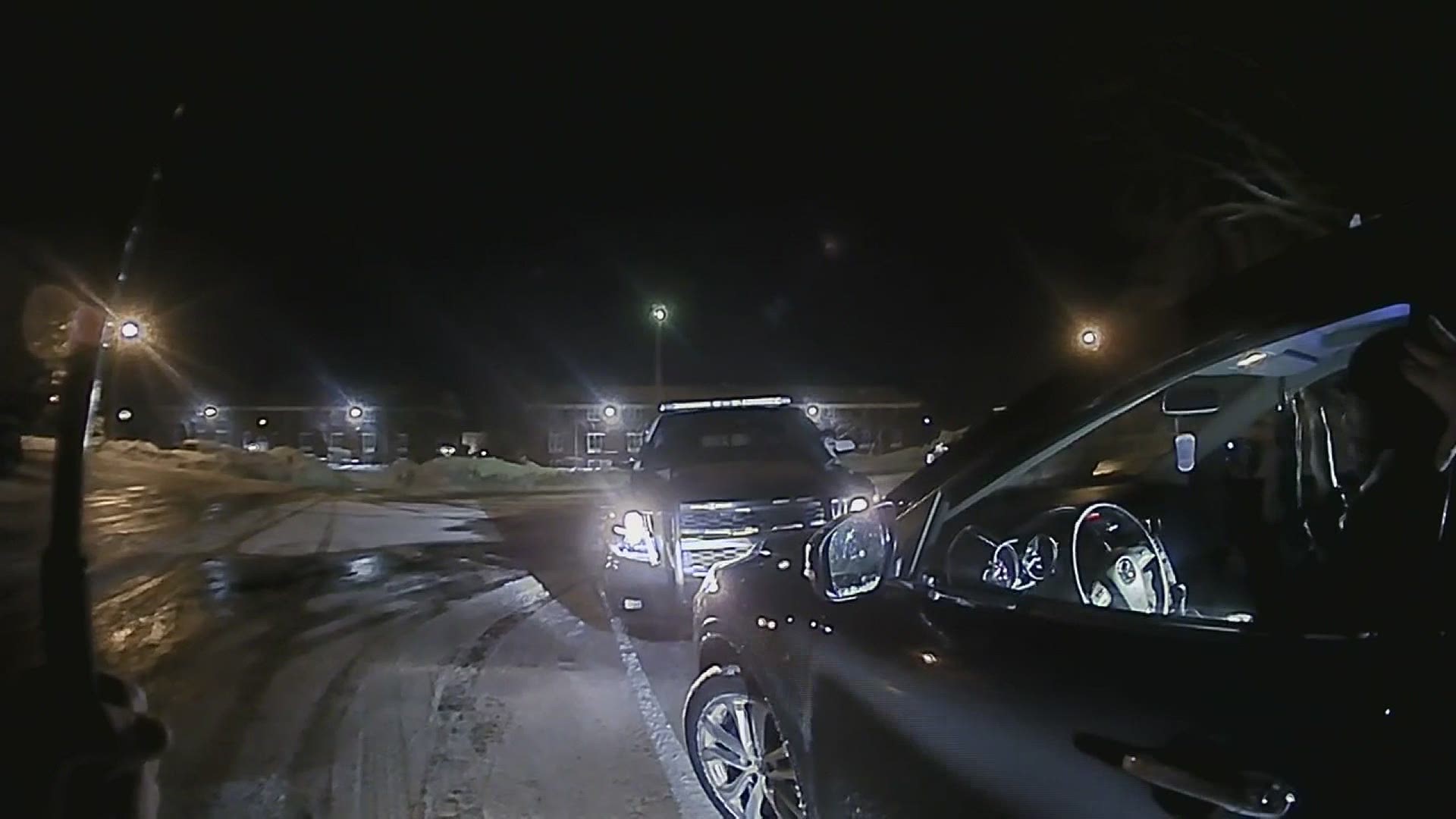 BETTENDORF, Iowa — An officer's deadly use of force in an incident that left a Bettendorf man dead has been deemed justified by the Scott County Attorney's Office.

The Scott County Attorney's Office and the Iowa Division of Criminal Investigations held a press briefing regarding the incident.

Brian Gregory Scott, from Bettendorf, was shot and killed in the parking lot of Georgian Square off of Kimberly Ridge Road around 2 a.m. February 7.

Police said Scott was the driver of a vehicle they recognized from an earlier domestic disturbance call. He wouldn't comply with officers' orders to get out and then pulled a gun, so a police officer fatally shot the driver, according to previous reports.

"Brian Scott's actions of brandishing and shooting a firearm put the lives and physical safety of Officer (Zachary) Gish and other officers at risk," read the summary of events from the Scott County Attorney's Office.  "It was reasonable and necessary for Officer Gish to fire his weapon to prevent injury or death to himself, other officers, and even the female victim in the parking lot that morning."

In a press briefing on Thursday, May 6, the 911 call that marked the beginning of the incident, as well as the footage from officers' body cameras was released.

Read the full decision from the Scott County Attorney, here

A 911 call around 12:20 a.m. on February 7 prompted officers to respond to a home in the 2100 block of Central Avenue where a domestic disturbance was taking place.

"The 911 caller was frantic and had relayed information about a suspect who was going to try and kill the female victim," said the summary of events report.

When officers arrived they were told the female victim "had possibly been kidnapped and the suspect was armed with a firearm," read the report.  Police also got a description of the suspect vehicle.

About 90 minutes later, another 911 call was made to report a suspicious vehicle in the parking lot of Georgian Square, an apartment complex at the corner of Lincoln Road and Kimberly Ridge Road.  The caller said the vehicle had been there for an hour.

The vehicle matched the description from the domestic dispute, according to the report.

Inside the vehicle, Brian Scott was in the driver's seat, and a female was in the passenger seat, said the summary report.  Police asked Scott to get out to talk about the domestic dispute they had responded to earlier. He refused. Police asked if the female could come out but Scott said no.

The summary of events describes repeated non-compliance with officers' requests.  Three minutes later, police were able to get the female out of the car and seated her inside a squad car.  Ultimately, she told police that Scott had a gun and had threatened the lives of her and her family.

Officers relayed to each other that there was a gun inside the vehicle.  At this point, three officers were surrounding the vehicle. One officer, Sgt. Zachary Thomas, told Scott he was being detained and ordered him to open the door.  Sgt. Thomas warned Scott several times that he would break his window if he didn't come out, and ultimately ended up breaking the window.

Scott fired out the window and Officer Zachary Gish then fired four shots into the vehicle.

Police then got Scott out of the vehicle to give him emergency medical care and called for paramedics, but he died from his injuries.

You can watch the full press conference, including the body camera footage and released 911 audio below:

NOTICE: The video and audio below contain strong language and disturbing content and may be difficult to watch. Viewer discretion is advised.