Dolan Homes proposed a 26 unit residential space off of Lincoln Road, right next to the Bettendorf and Davenport city lines along Kimberley Road. 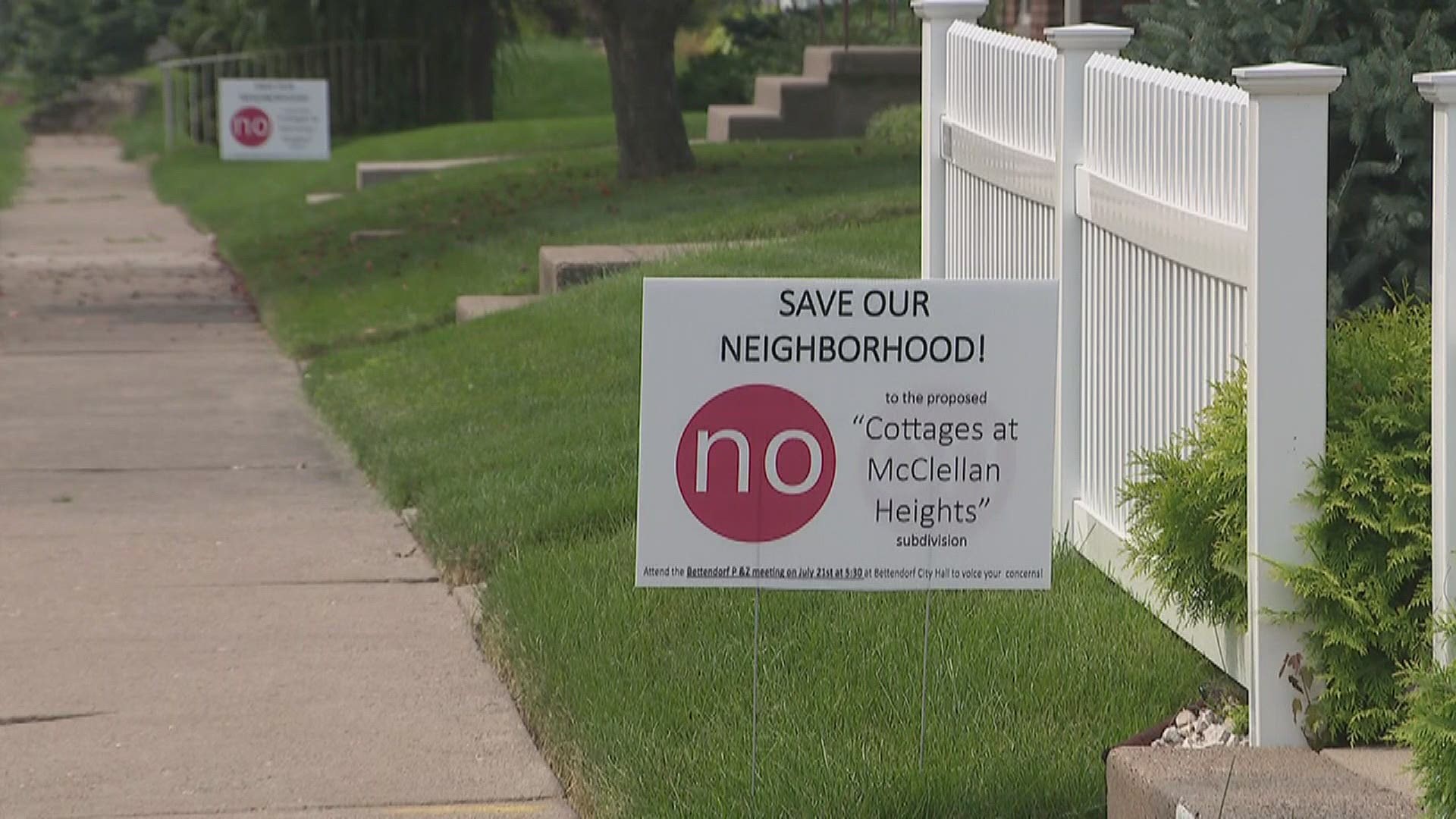 BETTENDORF, Iowa — The City of Bettendorf considered approving a proposal on a new housing development off of Kimberly Road on Wednesday, July 22.

Dolan Homes sent a proposal for a 26 unit residential space occupying almost 5 1/2 acres. According to the maps provided to the Planning and Zoning committee, they're proposing to build a dead-end road entering from Lincoln Road only.

The land sits on the city line between Bettendorf and Davenport.

In early July, the developer withdrew their proposal for building on the Davenport side, but plans to continue on the Bettendorf side.

Although there is only one access point to the property, both residents in Bettendorf and Davenport don't want the development in their backyards.

One neighbor says the roads in the area weren't built for a large neighborhood and is concerned about traffic and safety. Another says they want the green space to stay as it is.

"We have a lot of green space a lot of old tree and as you can look over there, not being able to see that and then all of a sudden you see this new development that doesn't fit within the aesthetics of this neighborhood that's a concern," said Sharlin Barfield, Davenport Resident.

The Bettendorf Planning and Zoning committee will make a decision on passing the proposal to city council on Wednesday, July 22 at 5:30 p.m.

If passed, the city council will still have to make the final decision.