The museum's staff will be furloughed during a two week closure in August to save money. 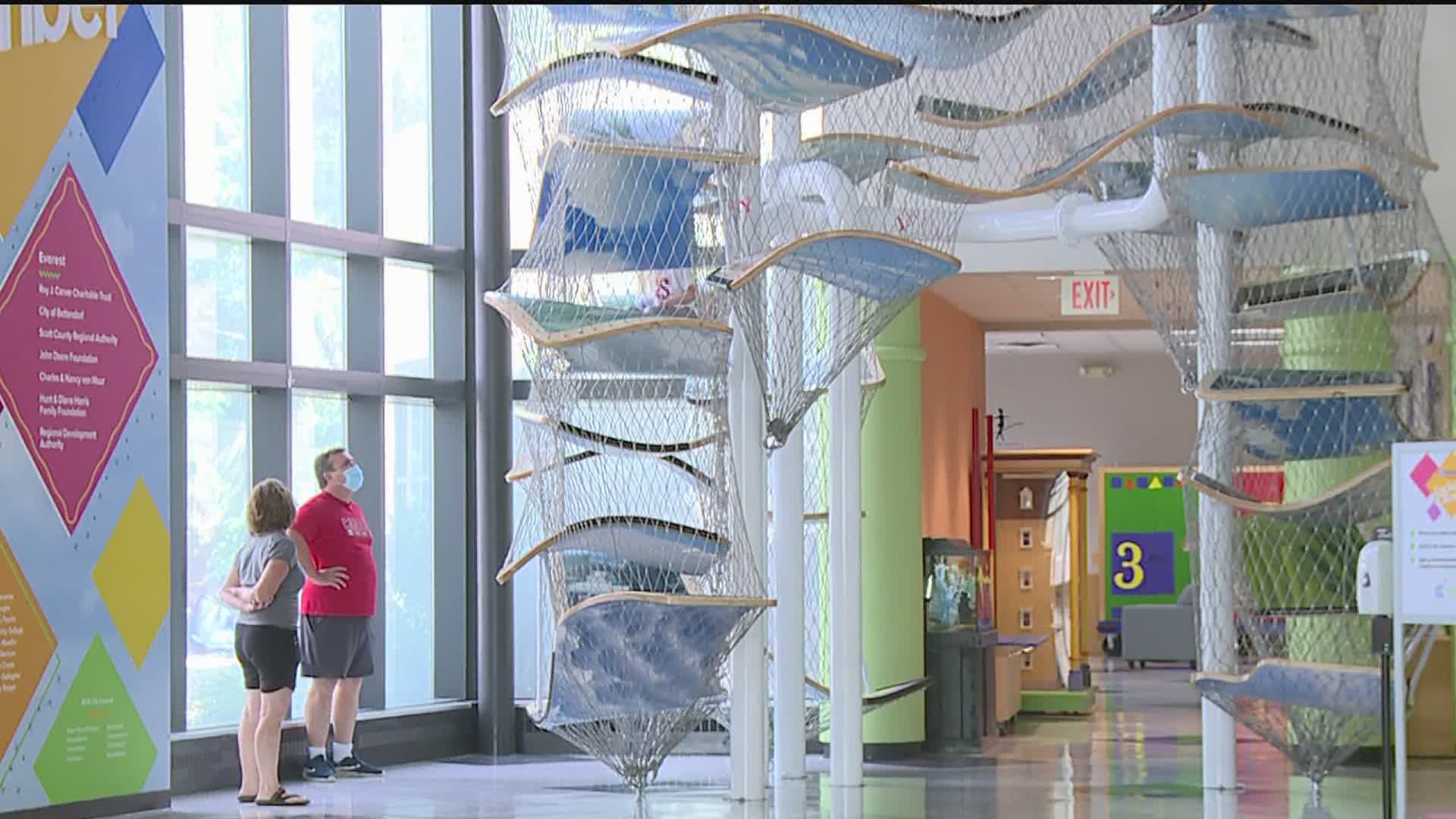 BETTENDORF, Iowa — Soon, families won't be able to visit the Family Museum for two weeks in August. Its staff will be furloughed during a two week closure to save money amidst the COVID-19 pandemic

"We're disappointed they have to shutdown but we understand why," Visitor Vince McGee says.

The McGee family enjoyed their Friday at the museum. Vince says it's nice to see his daughter having fun there again safely.

"This has been a good way for her to feel normal, but even get used to how things are going to be in school," he says. "Like for  example of wearing a mask and doing things."

Family Museum Director Kim Kidwell says the museum is projected to lose about half a million dollars over the next fiscal year. This spring's shutdown abruptly ended its programming then, and now is seeing less than as third of the usual number of visitors.

"(The closure and furlogu are) just a short term measures to hopefully make us stronger for the rest of the year," she says.

Kim says she understands why some families may feel more comfortable and safe staying home.

"People aren't visiting right now. They're being really conservative and staying home," she says. "Maybe they themselves are financially struggling or out of a job."

The family museum is also cancelling its popular fall and winter events, like Noon Year's Eve and Scarecrow Shenanigans, to keep its staff and visitors safe.

"Obviously having a huge event right now is a not a good idea," Kim says.

Now, they're considering week-long holiday events to spread out crowds and remote learning programs to help parents to keep that connection with the community.

"Working at a children's museum and being shutdown for two and a half months, where you don't see children, is a total 360 for a lot of the staff," she says. "You get used to seeing families, and when they're not coming anymore, it's sad."

Nine positions also won't be refilled once vacated. The Family Museum's closure is August 9th through the 23rd.