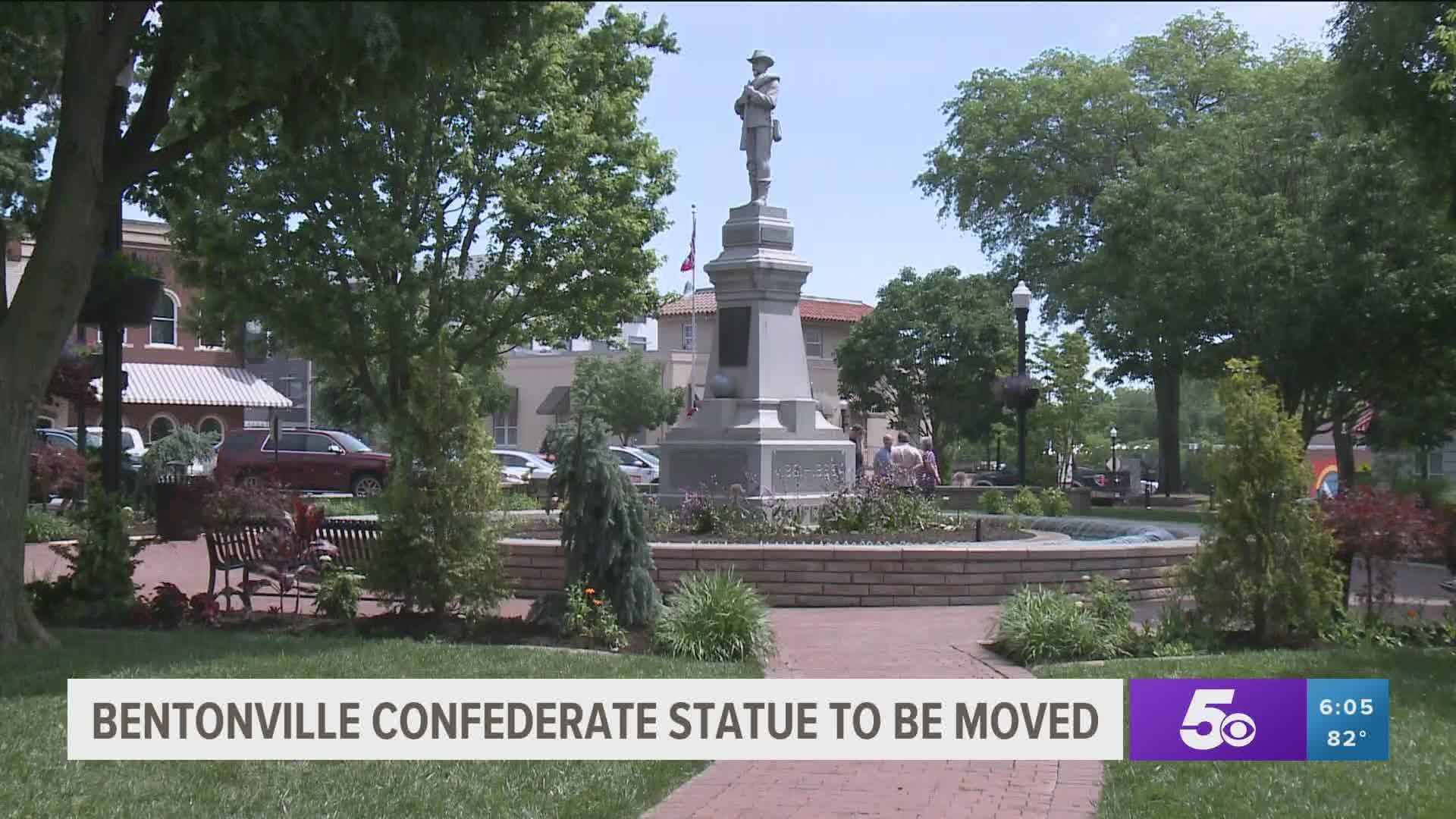 BENTONVILLE, Ark. — The future of the Confederate monument on the Bentonville Square, a source of pride, conflict and controversy over the years, has been decided.

The statue has stood on the square since 1908.

According to Joey McCutchen, the attorney representing the owners of the monument, the Arkansas Division of the United Daughters of the Confederacy (UDC), says an agreement has been reached with the Benton County Historical Society to relocate the statue.

"It's a done deal," McCutchen said. "We're excited about it. We don't like moving monuments, but we felt like the opportunity was so great to have a park, not just a monument but a park."

The permanent private park will be located next to the Bentonville Cemetary and will be named "James H. Berry Park."

It's a move Benton County Judge Barry Moehring does not have to sign off on.

"This is not county property. This is property of the (United) Daughters of the Confederacy and they are entitled to take that statue and put it somewhere else," Moehring said.

He says the decision has his full support.

"A lot of the controversy has been about the fact that the statue is in the square and so taking it off the square then should take some of that controversy out as well," Moehring said.

McCutchen says private funds will allow the historical society to restore and relocate the monument.

After relocation, the historical society will own and operate the park. The UDC will maintain ownership of the monument itself.

The process to relocate the monument will begin in August after the UDC submits an application to maintain the monument on the National Registry of Historic Places.

RELATED: Confederate statue in Bentonville Square to be relocated