The 11-year-old Montezuma boy has been missing for over a month. The money raised Tuesday will go toward a growing reward fund. 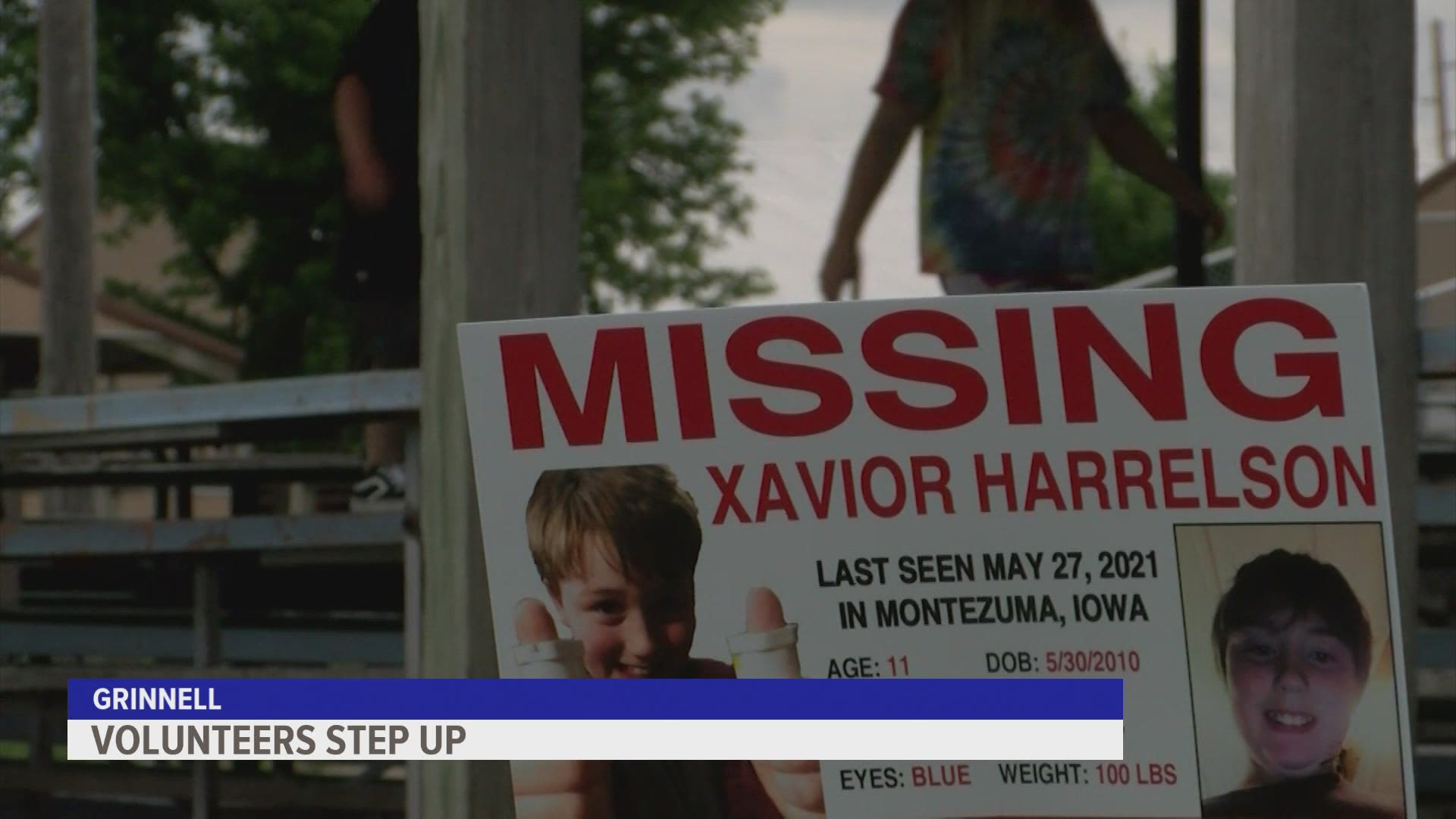 GRINNELL, Iowa — Hundreds turned out to the Poweshiek Country Fairgrounds Tuesday night for a benefit concert for Xavior Harrelson. The 11-year old Montezuma boy has been missing since the end of May.

Many in the audience were wearing orange--Xavior's favorite color.

From that sea of orange, there was a tidal wave of support. Family, friends and total strangers came from across Iowa.

"I have talked to her mother, just trying to keep her positive," said one supporter, Jenny Miller. "I can't imagine losing my son."

Before spectators arrived, volunteers like Anna Upah worked to help bring the concert to life. For her, this hits close to home.

"I had a sister that was missing last year," Upah said. "The people of Iowa, they were just all over it. They were very helpful and compassionate. I don't know what we would have done without the community help."

Joy Van Landschoot, the concert's organizer has been helping families navigate the pain of searching for a missing loved since the disappearance of Mollie Tibbets.

"Not only is it showing community support," Van Landschoot said. "Even if you don't know the person missing, it needs to be important because you would want the same thing done for yourself."

Upah and many others are still fueled by hope.

"I never gave up hope with my sister. We will not give up," she said.