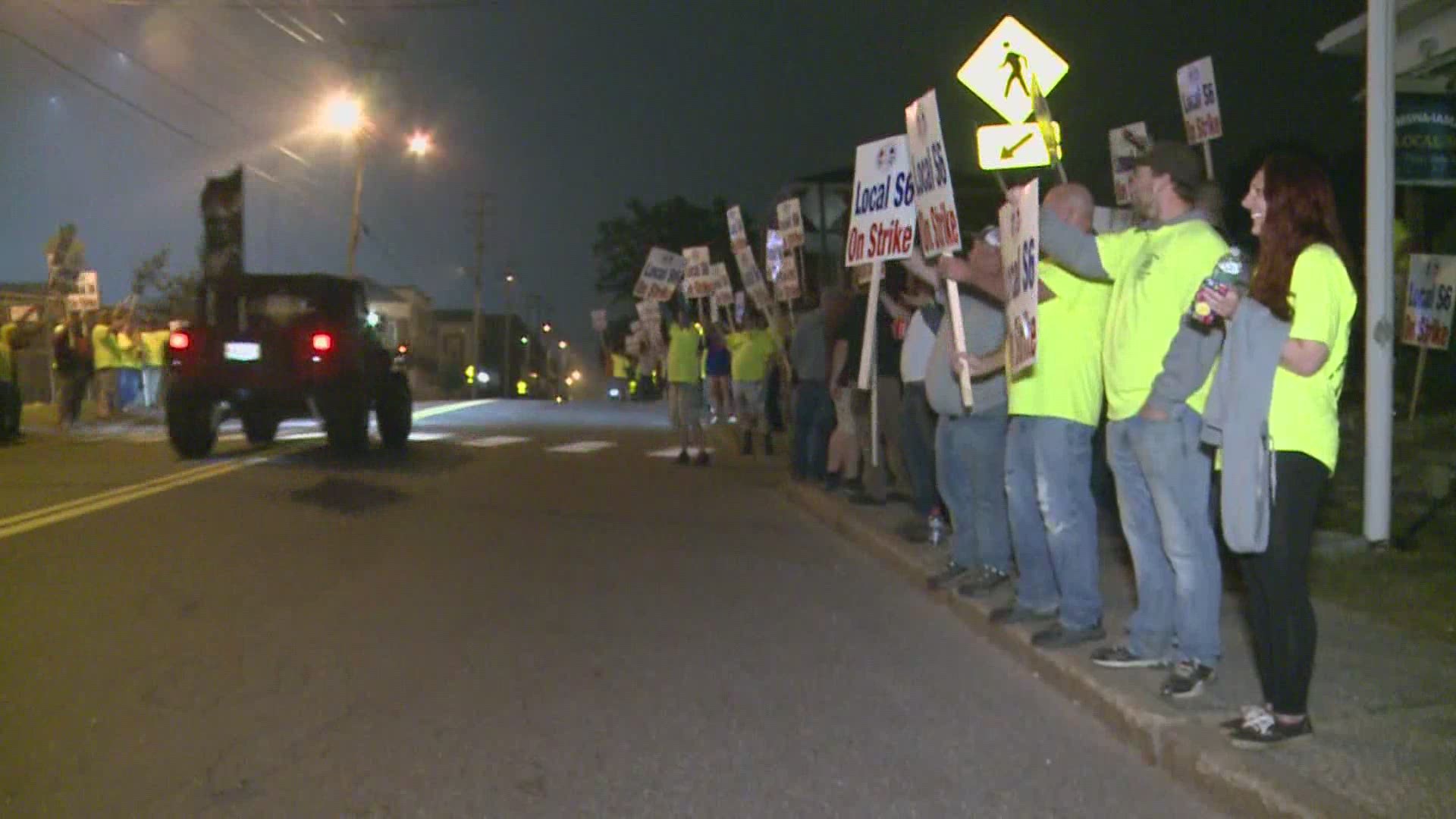 BATH, Maine — As a strike by the largest union at Bath Iron Works entered its third day, company and union officials on Wednesday exchanged letters about potentially restarting negotiations but instead became only further entrenched.

Jonathan P. Mason, senior director of human resources for Bath Iron Works, wrote Wednesday to the district office representing Local S6 of the Machinists Union that recent statements in the press indicated a willingness by the union to return to the bargaining table.

Mason wrote that the initial contract offer has expired and BIW does not have another offer waiting. He said the company's position remains unchanged, but they are willing to work toward an agreement.

In response, Jay Wadleigh, business representative for the district office of the International Association of Machinists and Aerospace Workers, reiterated that 87 percent of Local S6 voted down a contract that included "attacks" on seniority and expansion of subcontracting provisions.
The union advised management to "carefully consider the long-term damage this course of action is doing to Bath Iron Works' reputation."

Earlier on Wednesday, BIW said in a statement that the union "made no secret of the fact that they intended to strike first, talk later."

In the statement, the company argues that the contract proposed -- and rejected by the union -- was "fair" and "sets the yard up for future success."

The company says that despite hiring thousands of new employees, it needs the flexibility to hire "temporary outside help" and to "be able to deploy our shipbuilders where their skills are needed most."

The statement concludes, "We cannot offer a contract that sets this yard up for failure. The status quo must change. We remain willing to meet with the union in an effort to work toward an agreement. The ball is in their court."