Traffic has completely stopped on Interstate 80 because of a crash at Northwest Boulevard. 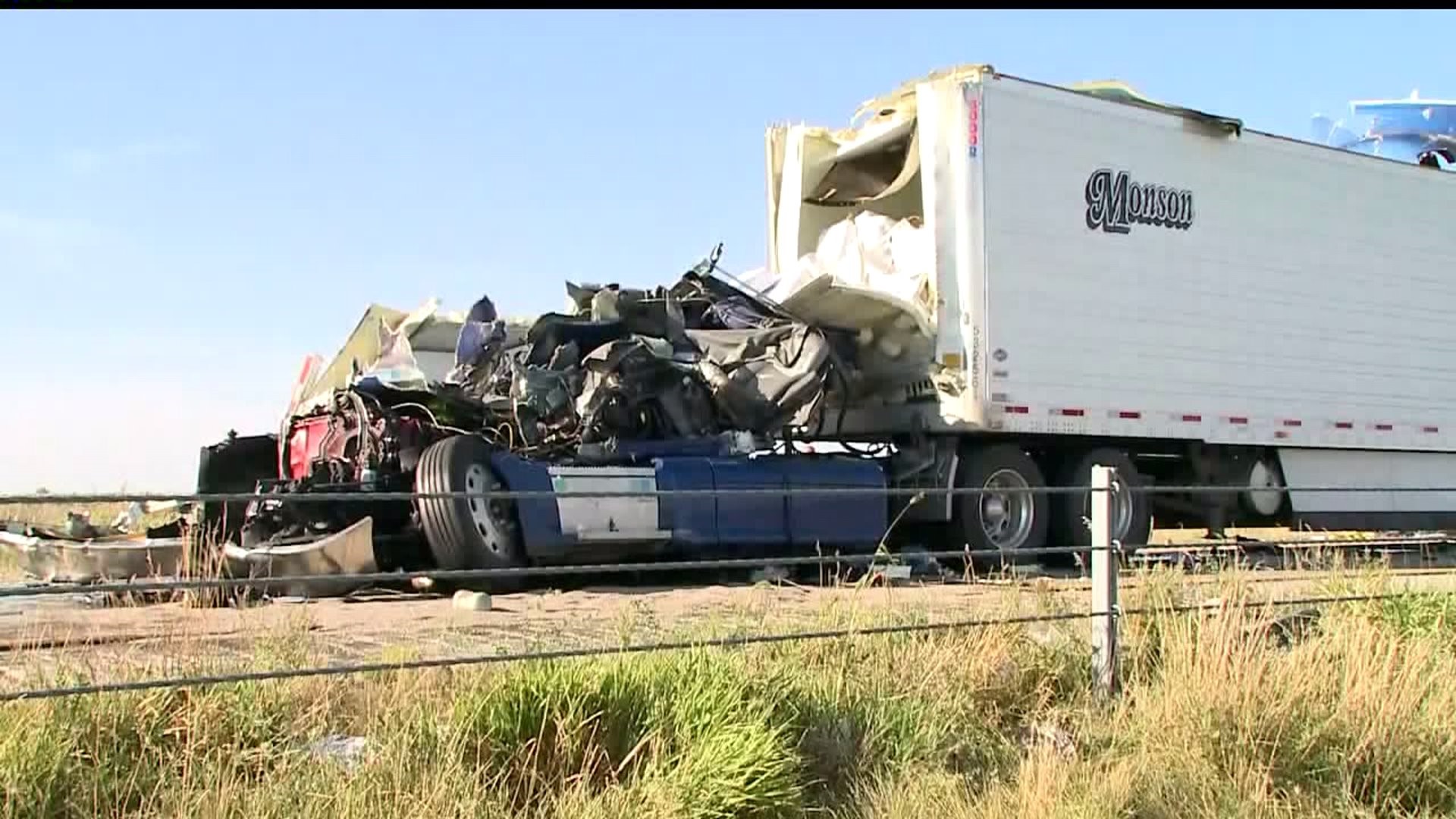 A crash involving three semis and two vehicles shut down a portion of eastbound I-80 for several hours Monday morning, September 18.

Officials on scene said that one man was trapped inside his semi, but crews were able to get him out and airlift him for medical treatment.  Four people were injured in the wreck, which happened between Exit 290 and Exit 292, according to the Iowa Department of Transportation .

One of the semis involved was reportedly hauling between 60,000 and 80,000 pounds of frozen pork.

Police said this was a secondary crash that happened when drivers failed to slow down after an earlier wreck near Brady Street.

"Secondary crashes are probably one of the most deadly things you can get involved in," explained Jose Verela with the Iowa State Patrol, "because traffic is slowing down in front of you and people just take their eyes off the road for just a little bit and traffic slows down quickly and that's when it happens."

Around 10:40 a.m. a lane of traffic was opened temporarily to allow backed up vehicles through.  Shortly after that the roadway reopened completely.