Officer Christopher Taylor fired the fatal shot in a shooting in southeast Austin on April 24. 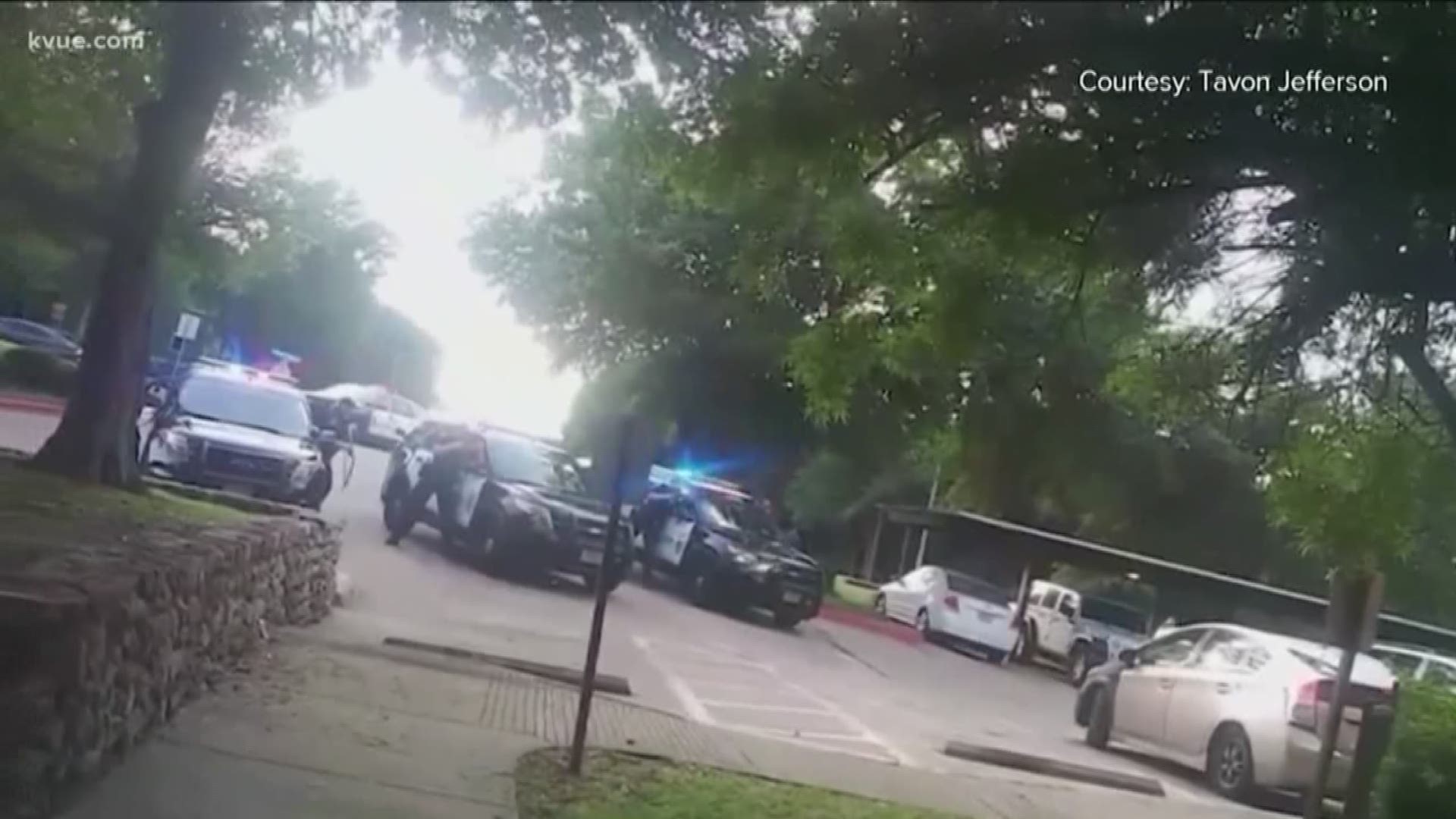 AUSTIN, Texas — The Austin police officer involved in a fatal shooting in late April wants to prevent the release of video evidence because he believes it will harm his right to a fair trial.

According to a "Motion to Prohibit Release of Evidence" obtained by KVUE, APD Officer Christopher Taylor – who is currently the subject of a criminal investigation related to the shooting – is requesting that the court prohibit APD, the Travis County District Attorney's Office and the Texas Department of Public Safety from releasing evidence to the public.

The motion states that releasing any evidence "prior to consideration by a grand jury and before any possible trial will inevitably harm Officer Taylor's right to a fair trial by a neutral and impartial jury."

On the evening of Friday, April 24, a 911 call came in reporting two people doing drugs in a vehicle in a parking lot near East Oltorf Street and South Pleasant Valley Road in southeast Austin. The call stated that one man was reportedly holding a gun. Police believed the vehicle could have been involved in a burglary and evading police the day before, which APD Chief Brian Manley later confirmed.

Officers arrived on the scene and when they approached the suspect, 42-year-old Michael Brent Ramos, police said he got out of the car but did not comply with officers' commands. APD Officer Mitchell Pieper fired from a less-lethal "bean bag" shotgun and Taylor then fired the fatal shot from his rifle. Ramos was taken to a local hospital, where he was pronounced dead.

On Monday, April 27, Manley stated that video from the responding officers' body-worn cameras would be released at the earliest opportunity once doing so would not impact the integrity of the investigation. Travis County DA Margaret Moore elaborated, saying, "I will approve Chief Manley’s release of body camera videos collected by police officers, as soon as is practicable. In this instance, I do not see how the release of these videos would compromise the investigation or any subsequent prosecution."

RELATED: Officer involved in Friday's southeast Austin fatal shooting was involved in another shooting in July 2019

The motion also states that Taylor's rights "prevail" over Manley and Moore's desire for transparency in the investigation, stating that the release of the evidence would be a violation of the Sixth Amendment of the U.S. Constitution.

APD has been criticized after videos of the shooting circulated online. Several city council members, as well as Mayor Steve Adler, have expressed concern over the shooting and the League of United Latin American Citizens (LULAC) of Austin has called for Manley's resignation. The Austin Justice Coalition is calling for Manley, Austin Police Chief of Staff Troy Gay and Assistant City Manager Rey Arellano to be fired.

Am I supposed to wear a mask now in Austin-Travis County?