As Seen On Tv

The annual 'Wreaths Across America' convoy from Maine to Arlington National Cemetery starts on Tuesday, December 15 out of Columbia. 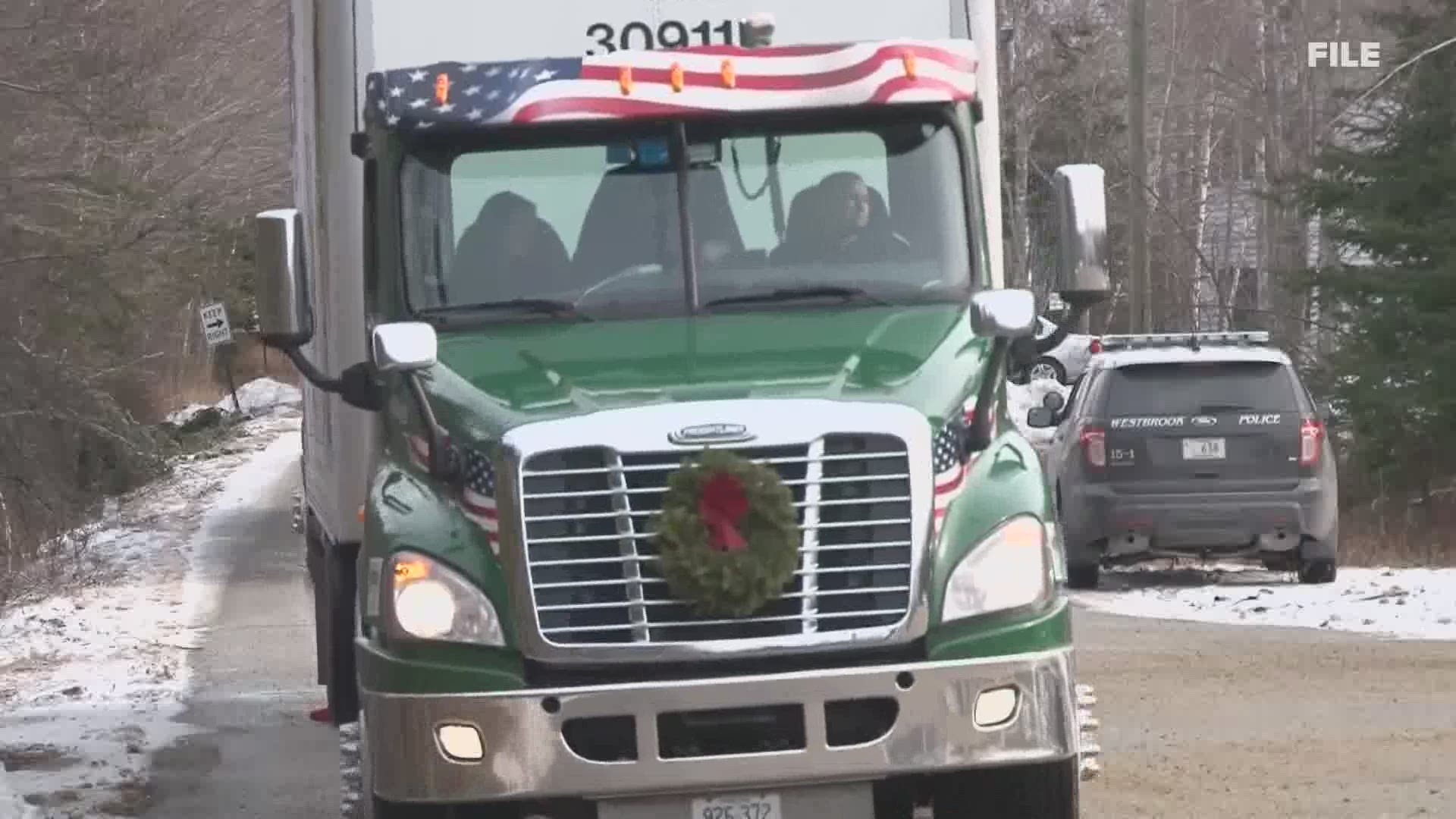 COLUMBIA, Maine — It's an event a number of Mainers and Americans look forward to every year -- the 'Wreaths Across America' convoy from the Pine Tree State to Arlington National Cemetery. That trek will look a bit different in 2020 because of the coronavirus pandemic, but organizers say it's as important as ever.

On Tuesday, December 15, the WAA convoy will depart from Columbia and make stops in Winslow and Portland before heading out of state to events in Massachusetts on Wednesday. The difference this year -- the convoy will be "abbreviated" in the number of people, according to WAA executive director Karen Worcester. She says Gold Star families going on the trip will be driving separately in donated vehicles, rather than together on a bus -- and while people are encouraged to come out to watch and wave flags, they will be asked to social distance. They can also watch the convoy virtually.

The annual @WreathsAcross convoy leaves Maine for Arlington National Cemetery today! I spoke with a Gold Star mother who's the 2020 grand marshal. She lost her son, Daniel, on Christmas Eve in 2007. That story on @newscentermaine at 5:30 and 6:30 a.m. #wakeMEup
PC: Cindy Tatum pic.twitter.com/ErGRdG5LpH

Worcester says the ways that the coronavirus pandemic has changed everyday life and family connections for everyone is actually a lesson for people with no connection to service.

"We're all getting a taste of what military families live with all the time," Worcester expressed.

It's why she says she and her team were determined to make this mission happen this year for those military families who can't always get to their loved ones' graves.

"Wreaths Across America puts a light on...not only those that serve but those strong families," Worcester told NEWS CENTER Maine. "I just love that we're connecting the dots all over the country."

"I want to make sure that we cover Arlington, so nobody has to come there and say, 'What about my son?' Or 'What about my daughter?'" Wayne Hanson, the chairman of the WAA board of directors, added. He's a Vietnam veteran who joined WAA as a volunteer more than 25 years ago. He says on a trip to Arlington National Cemetery in 2013, he met a man whose son's grave wasn't covered with a wreath -- and that's when Hanson made it a point to make sure all graves get covered.

One of the people touched by WAA's work is Cindy Tatum, a Gold Star mother from Tennessee who lost her son, Daniel, to service on December 24, 2007. Tatum says her family received the knowing knock on their door with the news Christmas Day morning -- which is why she's so moved by all that WAA does for families.

"There's just something about the fact that Daniel passed away at Christmas time and the fact that they honor and memorialize, really, our fallen heroes at that time of year," Tatum noted.

Tatum is the national president of the American Gold Star Mothers -- and she is also the 2020 escort grand marshal for WAA. It's something she says she is very excited to do.

"It's all going to be a wonderful, wonderful journey," Tatum smiled.

Worcester says there are more than 3 million WAA volunteers nationwide who plan to say the names of almost 1.8 million people this weekend. As of this year, she says WAA is up by 500 locations -- with about 2,525 locations taking part. It's an indication that despite an unusual year, the WAA mission to remember, honor, and teach will continue.

"We said, 'Well, we'll do whatever we can -- but we're going to make sure the mission is carried out," said Hanson.

"It brings about a certain amount of comfort in knowing that at some point when I'm gone when my husband is gone...there will be a family who will continue to honor our children," Tatum expressed.