The show must go on: Circa'21 welcomes back audiences for the first time since September

"Being up on the stage, it's addicting for all of us. The thrill, the applause, the lights." 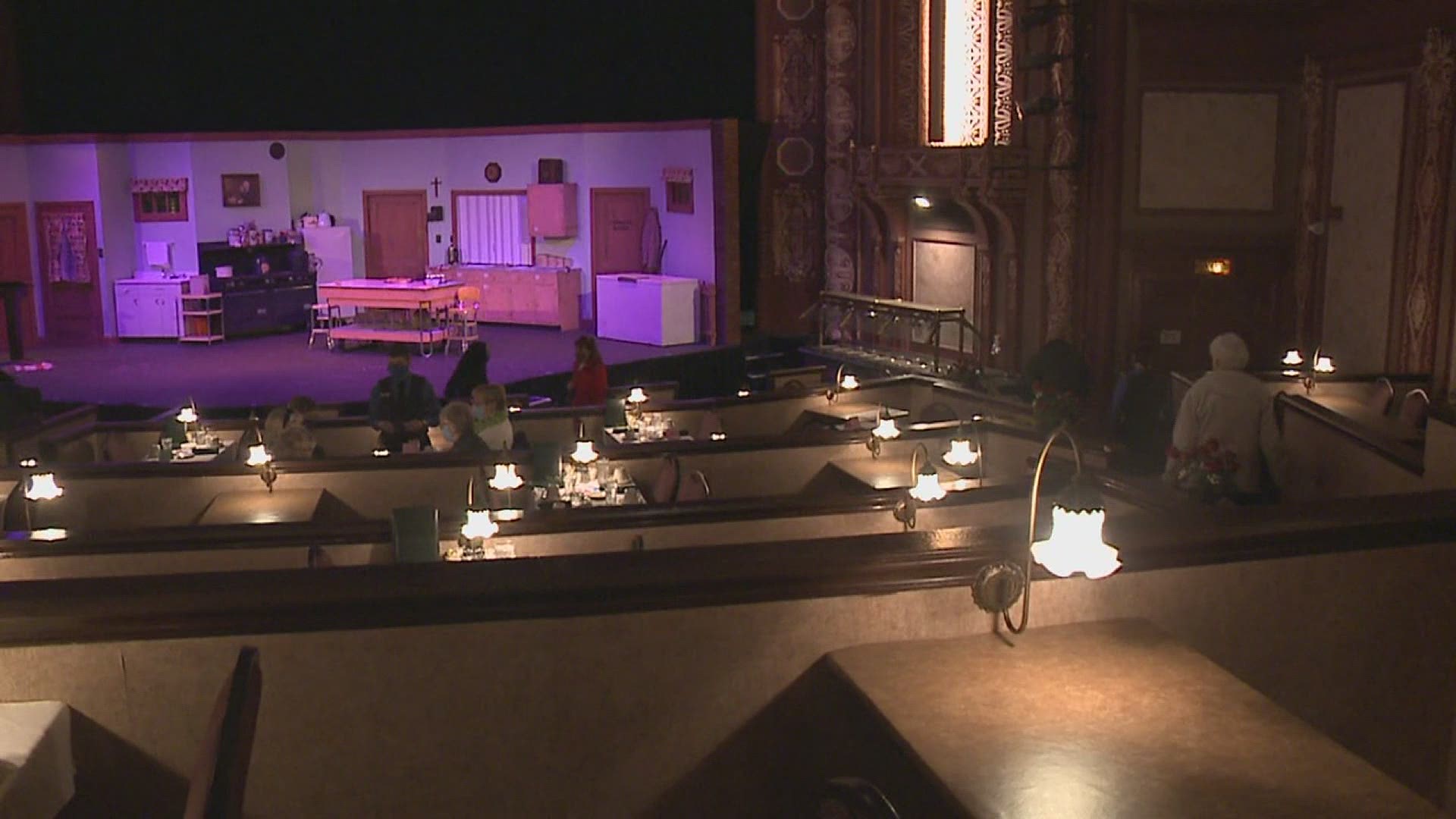 ROCK ISLAND, Ill. — After only two months of performances in the past year Circa’21 is opening its doors again to audiences. March 17th was opening night for the playhouse, with the Church Basement Ladies in You Smell Barn. Shows will run every Wednesday and Friday through Sunday through May 15th.

This time the playhouse is hoping to stay open, unlike in September when they opened only to quickly be shut back down when COVID-19 cases spiked back up.

Director of Audience Development Brett Hitchcock says they wanted to be sure this time they would be able to stay open when they finally did open back up. It’s because of this that they waited an extra month to open their doors, despite getting the go-ahead a while ago.

Hitchcock saying, “Just to hopefully make sure, let more shots get in arms, let numbers go down even more so we can open up and be uninterrupted.”

Tables are spaced out right now, masks are required, and the traditional buffet style meal is being served right to your table. Bootlegger Nicholas Munson says he is thrilled to be back performing. “It’s addicting for all of us. The thrill, the applause, the lights.”

“We’re able to employ local people so they’re spending money in the economy now and they’re back off unemployment and working again.” He says it’s an added bonus that money is going back into the community that supports Circa’21.

After a year of only digital entertainment, the show has audience members thrilled to be out and about. Sherry Letcher drove an hour for the show.

She says she plans to come to many more, “They’re just fantastic, every performance they do.”

Despite the lack of shows this past year, the playhouse is optimistic and excited about the future. Munson saying, “I need my fix. I need to perform. I miss the crowds and so I am just so excited to be back.”