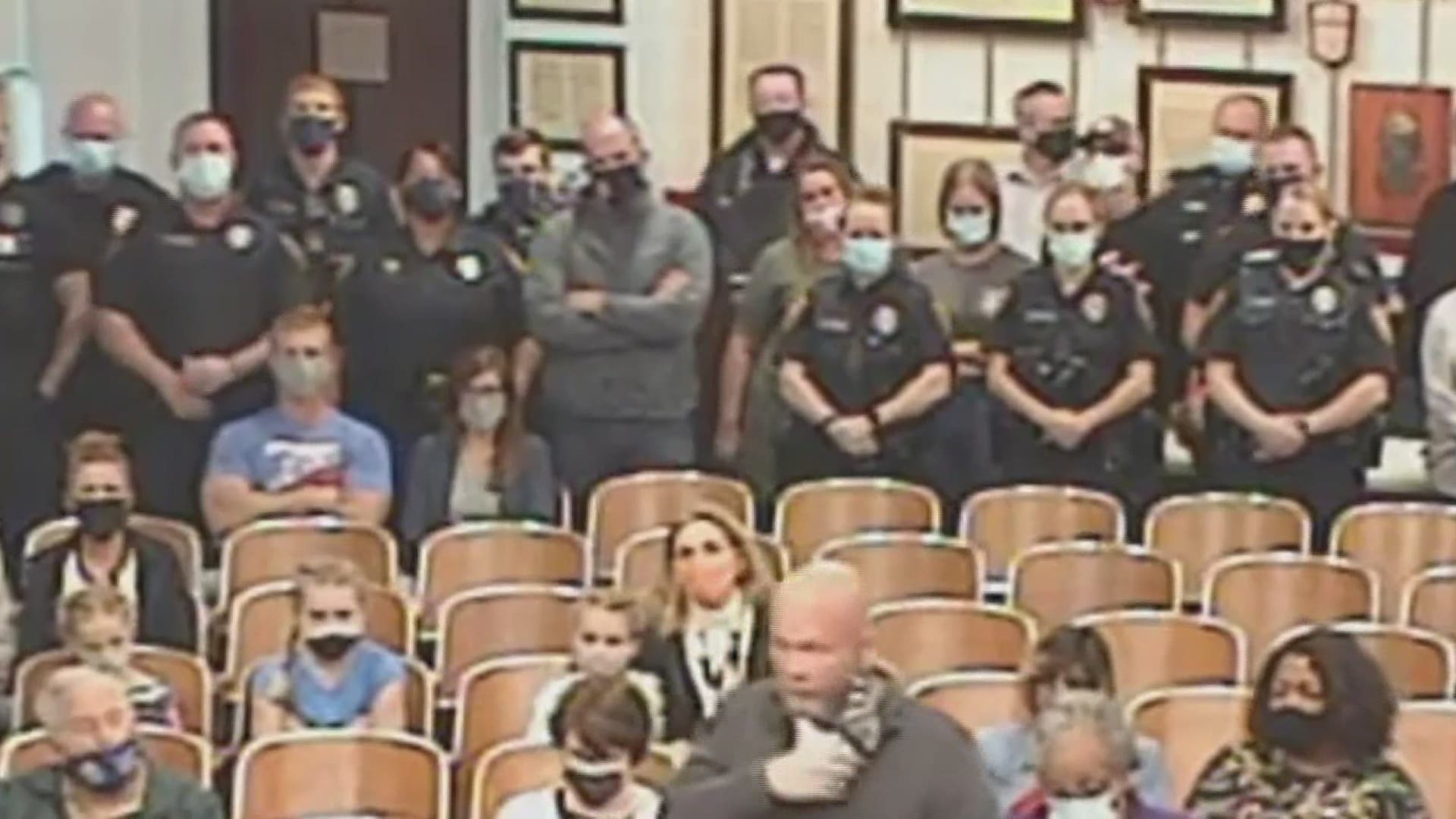 ROCK ISLAND, Ill. — Rock Island Alderman Dylan Parker has come under fire after posting a statement regarding the decision by the Rock Island County States Attorney saying officers involved in the shooting of Deshawn Tatum were justified in their actions.

Parker called for a further examination of foot pursuit policies within the Rock Island Police Department. But part of his statement didn’t sit well with law enforcement. Parker saying, “The loss of even one life should prompt us to examine the circumstances that led to the tragedy. We, as policy makers, have a responsibility to ensure the agents of state violence under our authority have the appropriate policies to check that danger."

In his full statement he talks more extensively about those foot pursuit policies, but the sentence at the end led to a full chamber at Monday’s city council meeting, with officers from the force packing the chambers.

Illinois Fraternal Order of Police executive director Shawn Roselieb spoke at the council meeting, backing the officers that showed up. “I challenge you to look at the officers standing in the room. On any given call they’re ready to give their life to protect you or your family.”

Several community members also shared their opinions, some even calling for Alderman Parker’s resignation. Mayor Mike Thoms shared with News 8 that while he is all for examining foot pursuit policies by collecting data on them, he disagrees with Parker’s statement using the word violence saying, “I don't believe our police department causes any type of violence or creates any type of violence. I think the opposite of that.”

Community activist Thurgood Brooks also released a statement on the issue saying he stands with Alderman Parker, saying he also calls for a further examination and questioning of not just police, but all areas of government. His statement in part saying, “The process of asking questions, challenging, examining, and change-making is not just about the police department: it's about health care; it's about how we treat our environment…”