The cruises help impact local tourism numbers greatly after a year of lows thanks to the pandemic. 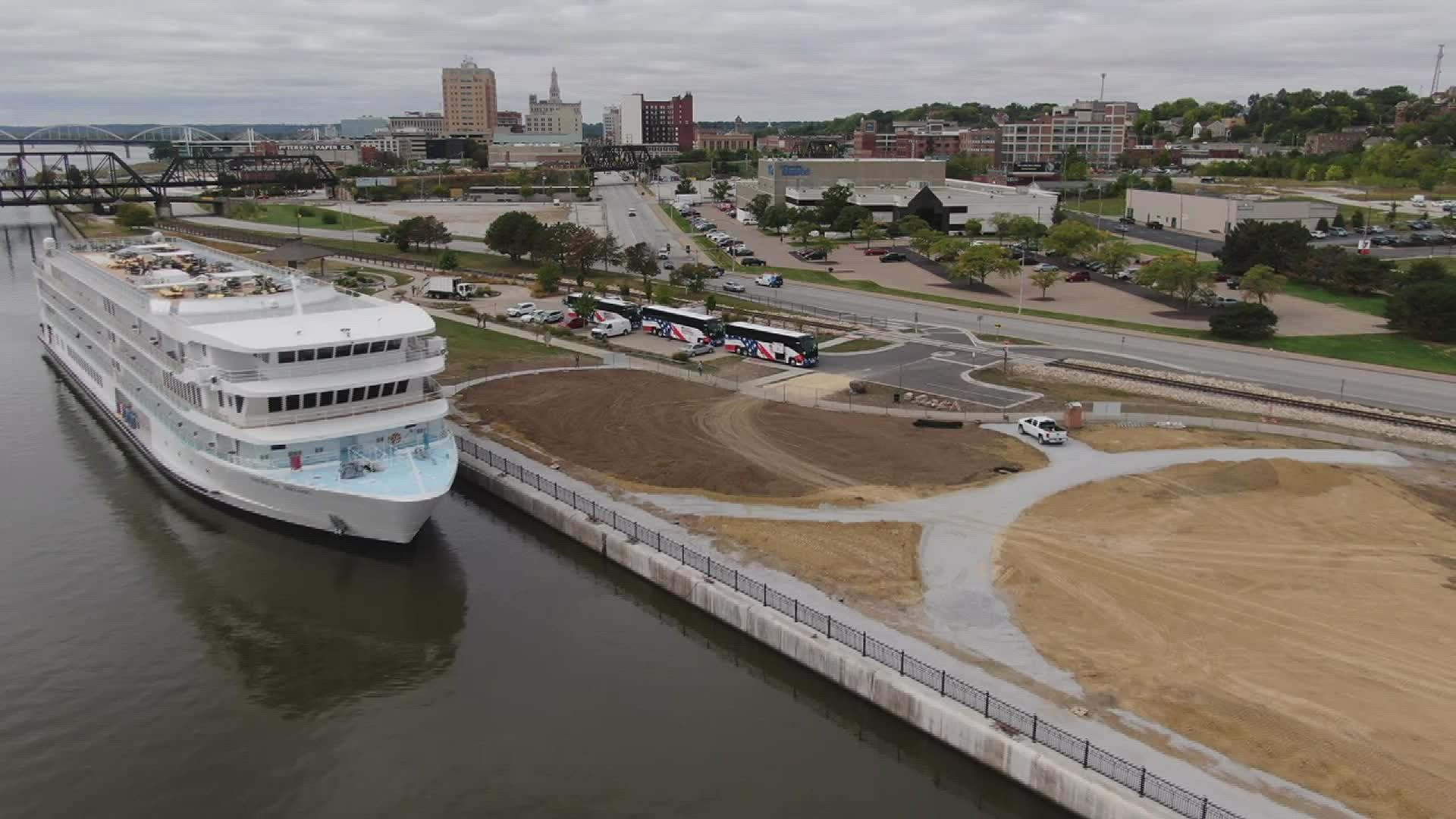 DAVENPORT, Iowa — After a busy morning around town, visitors that arrived in Davenport on Monday morning get back aboard the American Cruise Riverboat that dropped them in town a few hours earlier.

The cruise line stops at least twice every week here in Davenport, and brings with it plenty of money that contributes to visitor expenditures.

“All the individual and local restaurants, tours, museums, and gift shops and so forth are so excited,” Klipsch said.

The boats bring anywhere from 100 to 200 people each time they stop in town. One of their stops: Isabel Bloom for a behind the scenes tour.

“It’s fun to find out where people are from,” says Isabel Bloom store owner Donna Young. “Sometimes it’s two buses a day and sometimes we have that two days a week so sometimes we have 200 people in here in a week from all over the country.”

Young says it’s great exposure to the rest of the country. Many guests who come from the river cruises purchase small things to take with them on the boat, and ship even bigger items back home.

That boost in sales helps contribute to the Quad Cities overall visitor expenditures. CEO and President of Visit Quad Cities Dave Herrell says it’s not just these boats, but all the river boats that travel through the area.

“The fact that you've got American Cruise Line in the mix and things like Viking Cruises coming down the path or River Road and Twilight and Celebration Belle and all the things that are a part of this and all the ways that we can activate our river,” Herrell said. “We can do that to hopefully drive our brand identity and exposure for the Quad Cities.”

Herrell knows it’s about getting the cruise ship passengers who stop through for a few hours, to come back for a few days.

“We need to make sure that we’re capturing that audience so that we can try to get them to come back over and over,” Herrell said. “I think that’s the trick.”

Roughly 5,000 people will visit the Quad Cities by the time this season ends in November, and the goal is to bring even more next year.

“We’re building a new boat a year for the next five years. So we anticipate being here even more,” Klipsch said.

In 2019 there was roughly $954 million dollars in visitor revenues deployed in the Quad Cities and in 2020 roughly half of that. Herrell says it will probably take until 2024 to get back to those 2019 numbers.