Protesting the Lake Storey expansion: local families shared their disapproval of the project at the Galesburg City Council meeting

"Please vote no and allow our legacy to continue." 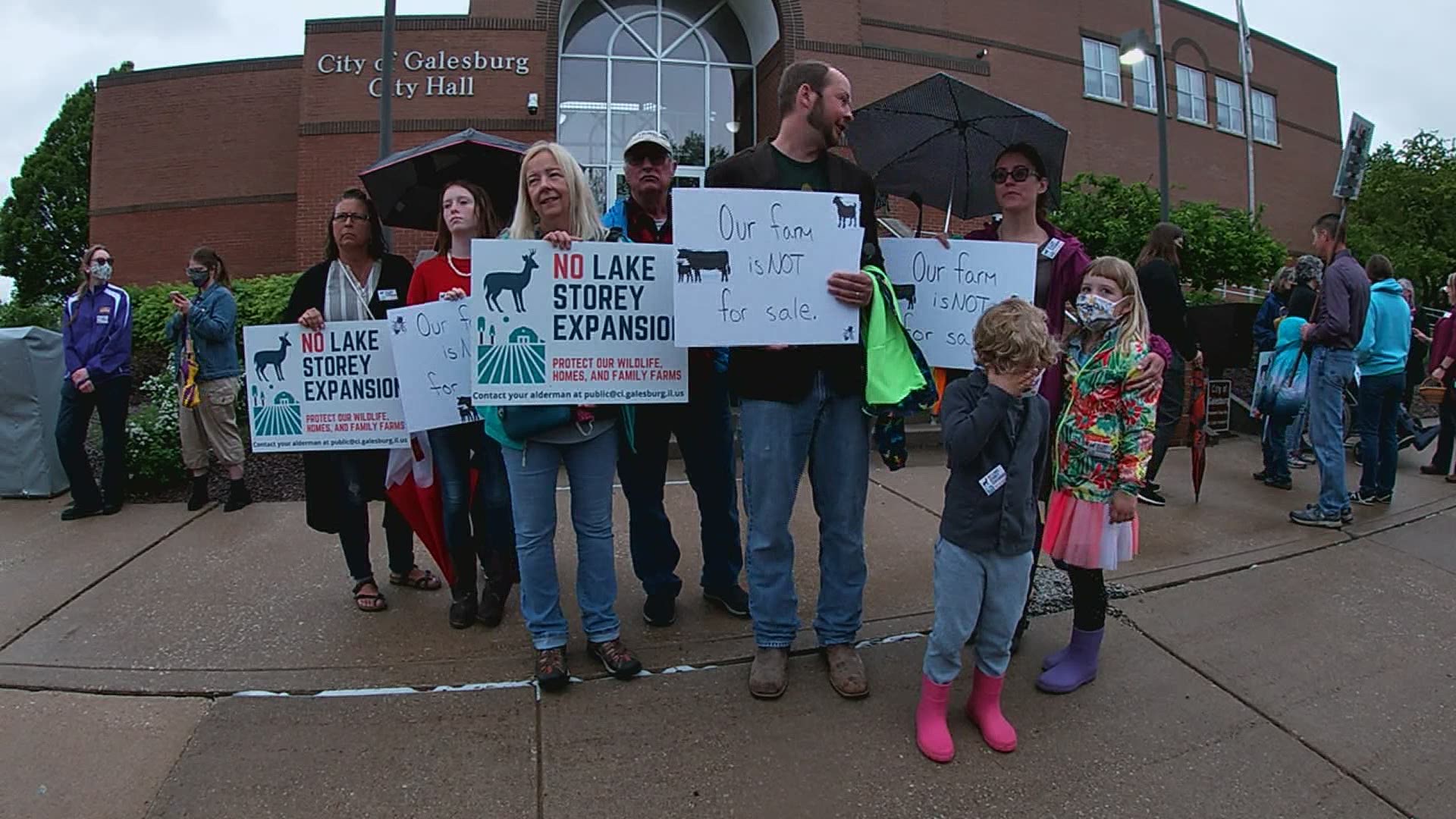 GALESBURG, Ill. — Residents in Galesburg gathered outside of City Hall Monday night to protest the Lake Storey expansion project. It’s a $26 million dollar project that would require the city to purchase 8 different homes that are currently in the expanded lakes pathway.

Of those homes, the Thompson family and the Malley family own farms in the path of the expanded lake plans. They’re asking the city council to vote no on the expansion project.

As of right now, the project is tabled. But the families want to see closure on the issue. Farm owner Nikki Malley saying, “We want to see this actually go up for a vote and be resolved, or some formal statement from the city that says we are dropping this and it’s over.”

The families say right now they feel like they are in limbo without the certainty of where the project stands. Malley saying, “We’ve been kind of having this hang over our heads.”

Kevin Malley says if the project were to be un-tabled and go through, it would be a major loss for his family. “It’s scary that someone is trying to come and take your land, take your farm. Because if they did get it we’d be done. We’d have to go somewhere else and it would finish us.”

The Thompson’s say they’ve hired a lawyer to fight the process. Five generations of the Thompson family have lived on their land, and James Thompson says they want to see it carry on for much longer. “Call up this matter for a vote. Vote no and let this stand as a memory for how not to pursue a project.”

Around 40 residents showed up to voice their opinions on the issue, all of them against the expansion process.

That formal statement hasn’t yet come from council. Instead Mayor Peter Schwartzman saying the city looks forward to more open conversations with community members as they continue to explore the potential expansions.