People gathered at the Eastern Iowa Airport to get a glimpse of the President. 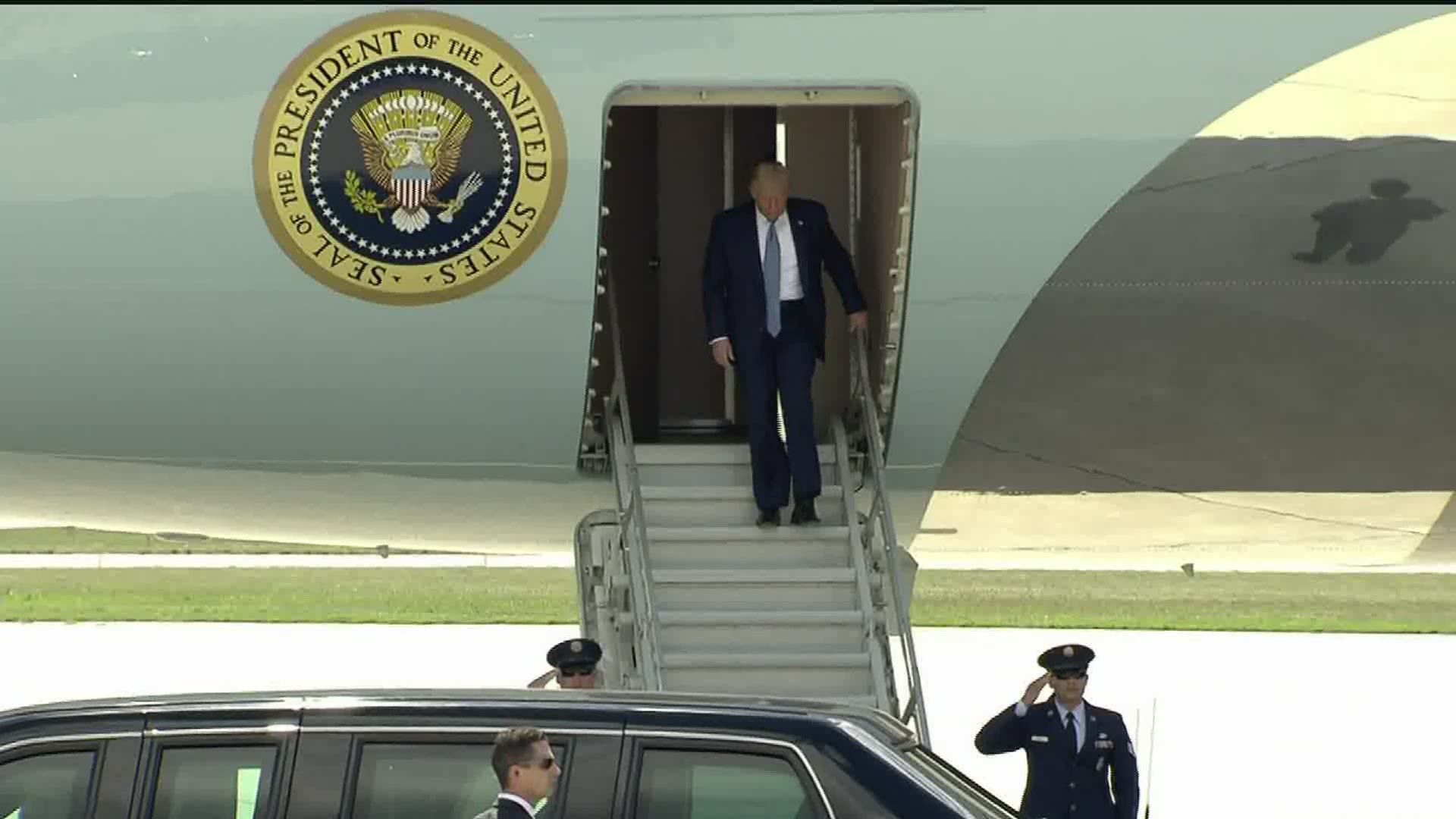 It comes one day after he approved Iowa’s Federal Disaster Declaration request, but not all the relief funding that was requested was approved.

Those that gathered outside the Eastern Iowa Airport waited hours with the hopes of seeing the President.

President Trump visited Cedar Rapids to talk about the impact of the major storm that devastated Iowa last week.

The President saying, “This took a big chunk out of your state, this was a big portion. More than half of your counties were affected.”

The President approved part of the state's request for a Federal Disaster Declaration.

It provides help to 16 counties with debris removal and repair to government buildings.

Tanya wishes the President was doing more to help.

“I know that Trump had approved the Federal Disaster Declaration, but he skinned it and he didn`t approve the full disaster declaration.”

Trump says the rest of the declaration is in review.

If passed that would help 27 additional counties with individual assistance to home owners and businesses, as well as a major emphasis on the agriculture industry.

Joe said, “That seems like a lot of money to me. That`s a lot of damage though, too.”

The time line on that approval of funds is unclear right now.

Tanya is still without power and hoping the approval of the additional disaster relief would help her and her family.

“What we need is individual assistance to help the people of Cedar Rapids and not just government city facilities.”

Iowans, united on one front, putting the pieces of their state back together again.