The kangaroo/wallaby mix evaded police, firefighters, and city employees in along chase before it dove into the Illinois River. 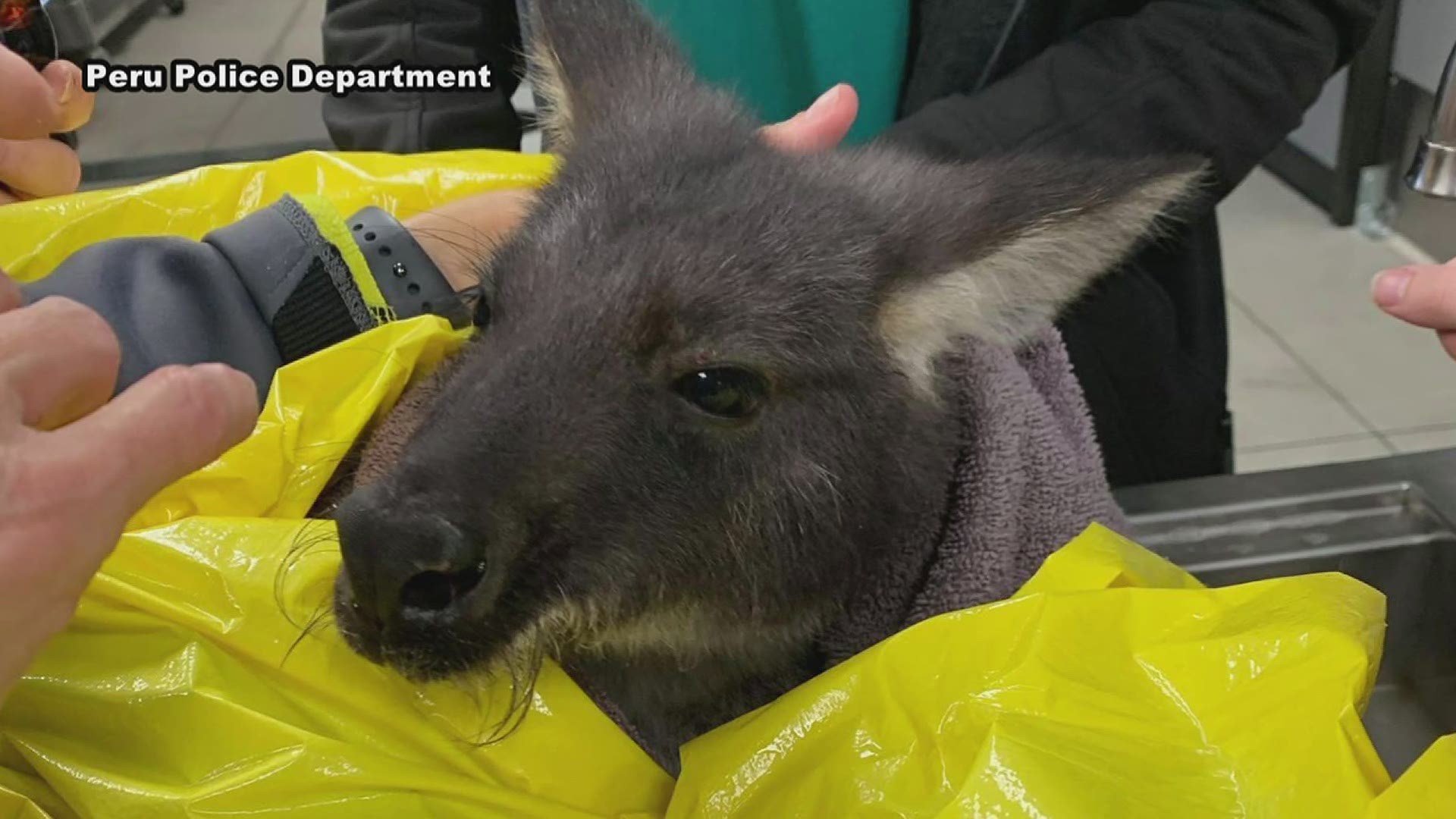 PERU, Illinois — A unusual pet from Peru, Illinois led first responders on an hours-long chase that ended in water rescue.

In a Facebook post, the Peru Police Department went into greater detail about the incident, with Chief Doug Bernabei saying that ,"Today was one of the better days of 2020!"

The department says the chase began at about 1:15 p.m., when the escaped marsupial, who is named Wally, lead officers, firefighters, citizens, and other city employees on a chase through the Route 6 business district, crossing Route 251, and ending up near the Illinois River.

Wally then jumped in the river, attempting to swim across to the south shore. The crew of a passerby fishing boat helped to pull Wally out of the cold waters and brought him to shore, where he was soon rushed to a nearby vet clinic.

“It would be very difficult to explain how this crazy adventure affected so many people and how all of the police, fire, city employees and so many citizens were cheering for a rescue before it was too late.  With only seconds to spare the rescue was made," adds Chief Bernabei.

Wally appears to be legally owned by a local resident with a state permit. Chief Bernabei also mentioned that Wally is expected to survive and end up okay.