The company says they want to add another shift to production. 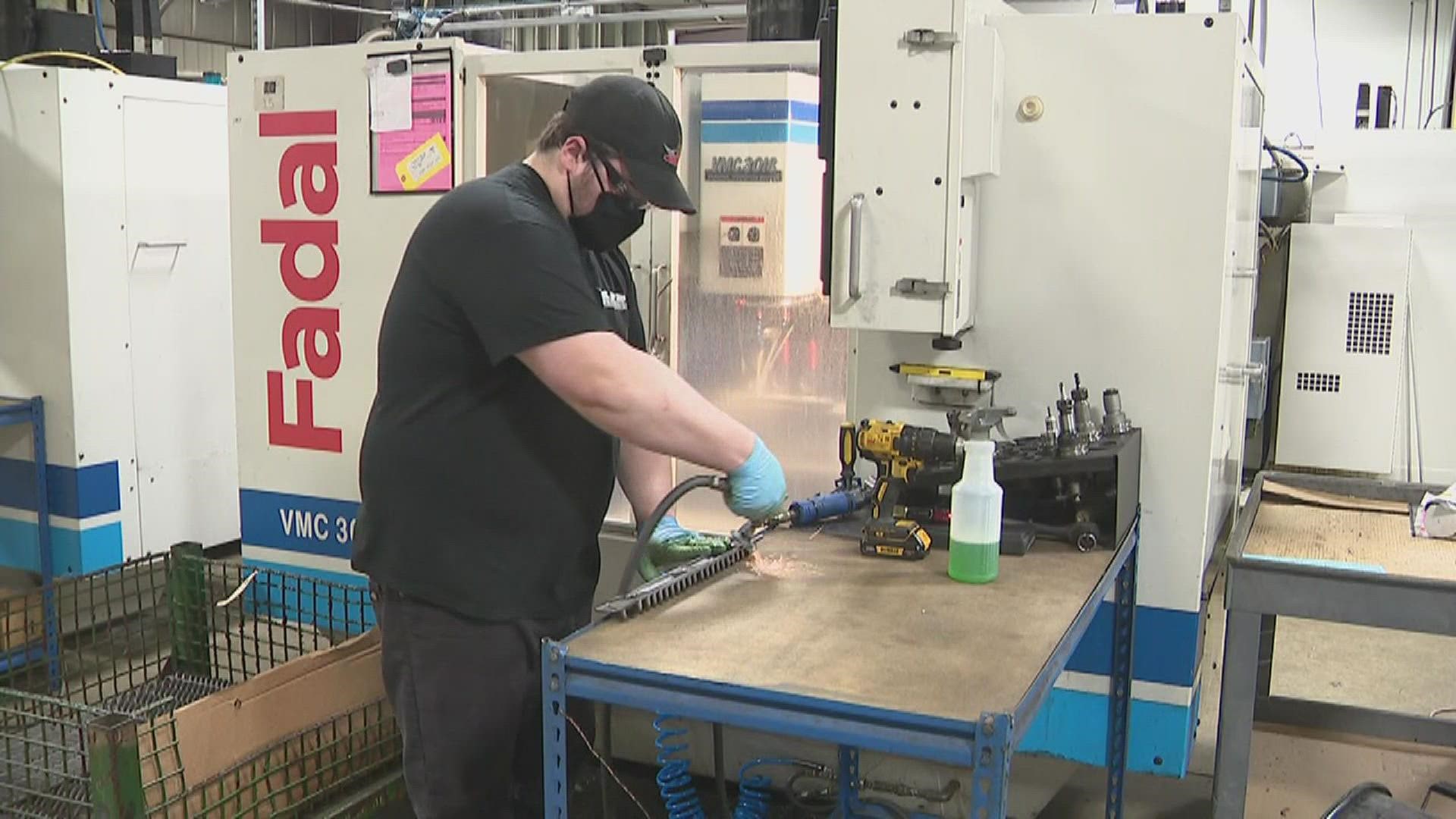 GALESBURG, Ill. — Pegasus Manufacturing in Galesburg received state recognition to celebrate Manufacturing Month in Illinois. It comes after a year of supply shortages, labor shortages, and now a looming strike at John Deere.

The CEO of the company, Ray Whitehead, says the company is looking to add another shift and triple its production. They can’t do that though without the employees to sustain it.

President of the company Ruth Whitehead says it’s a matter of locating those people that want to work in Galesburg.

“We did find out along the way a lot of challenges that we hadn’t anticipated and one was trying to find talented workforce,” Whitehead said. “We thought that if we would come to an area where industry had moved out and we could move in and reemploy these wonderful people it would be easy and cost effective and we could help others while helping ourselves.”

The company moved from Silicon Valley, California a few years back to utilize cheaper manufacturing prices in the Midwest. The company found a small town like Galesburg didn’t have as many people looking for that kind of work as expected.

One of those creative ways is by partnering with the local high school to show high schoolers how viable careers with the company are.

“We enjoy the young people coming in and we enjoy watching them learn,” Whitehead said. “It’s actually better for us because they come in and they’re trained from the start how to work here and work up the ladder.”

The company has helped supply machines to the vocational program at the high school to train students before they can enter the workforce on how to do the jobs.

“We’re giving that experience to a student and then trying to turn around and tell them there is a viable option to get gainfully employed right here,” Houston said. “Grow our own.”

The labor shortages on top of supply chain issues have made the company plan far ahead when it comes to purchasing supplies. In addition to that, a looming strike at John Deere has the company hoping they can avoid any side effects.

Pegasus produces small metal parts that are used in John Deere combines. Whitehead says she doesn’t think the strikes should necessarily affect business at Pegasus. That can largely be attributed to the companies planning ahead.

“We’re always going after a new opportunity in case something like this would happen. When one of your largest customers would shut down then it would be detrimental to us,” Whitehead said. “And so we’ve always thought ahead in that regard and made sure that there was always another customer to fill that spot.”