Over 4,000 tattered flags burned in Moline for Flag Day 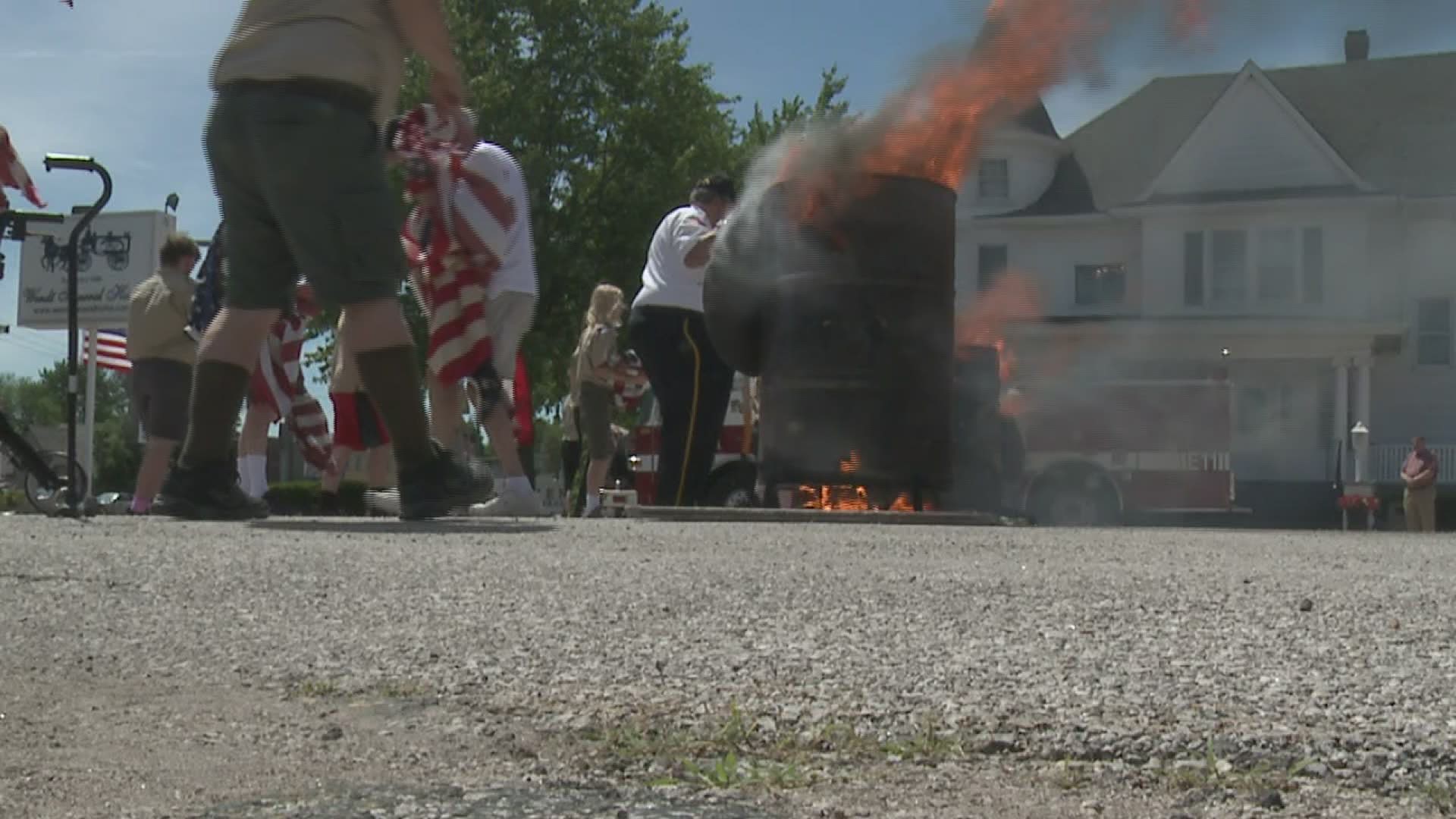 MOLINE, Ill. — Over 4,000 flags were burned in Moline on Flag Day at a proper disposal ceremony. It happened at Wendt Funeral Home in partnership with American Legion Post 246.

Funeral home director Earl Wendt says his dad came up with the idea about five years ago. The funeral home has a drop box outside of its building for people to dispose of their flags all year long.

Jim Joseph is a member of Legion Post 246, and he’s in charge of collecting the flags from the drop boxes outside the funeral home and the Legion. Joseph saying, “I’d say every four weeks I get three 40-gallon garbage bags full of flags each time we take them down. We store them until we have a service like this here.”

The service didn’t happen last year due to the pandemic. Because of it, they had a backlog of flags. Wendt saying, “This is the biggest number of flags we’ve had.”

The service is a way to give the tattered flags a proper send off. Joseph served twice in battle for the country in the navy in World War 2 and in the army in Korea. He also worked with the Arsenal as a civilian in Vietnam during that war. It’s important to him people know the proper way of disposing of the American flag. Joseph saying, “The preferred method is by burning, but be careful and do it with dignity.”

The flags burned during the ceremony received an inspection before being ruled unserviceable. Unserviceable flags are the ones that have gotten torn up, tattered, and faded.

Joseph saying the day started with a ceremony by Legion Post 246 saying, “What we do is have the flags presented to the commander. The commander calls in the first and second vice commanders to inspect them to make sure they really are unserviceable and if they are, then the commander tells the sergeant in arms to proceed with the retirement.”

Joseph says you can do a burning at home, but you should be careful to not be disrespectful. He says your best bet is to drop it at spot like Wendt Funeral Home or a VFW location. “Any place you can drop your flag off do it. It’s not a piece of garbage, it’s a living symbol of our country.”

Wendt says they’ve seen a surplus of people dropping off their flags in the past few days. “People bring them out because they’ve had them in closets. They don’t know what to do with them. They sit around on shelves, so today is a good way to properly retire a flag that’s been sitting around at your house.”