Where you can see 1,000 flags flying in the Quad Cities for Flag Day

The Moline Breakfast Optimist Club says the demand for flags was so high this year, they ran out by Memorial Day. 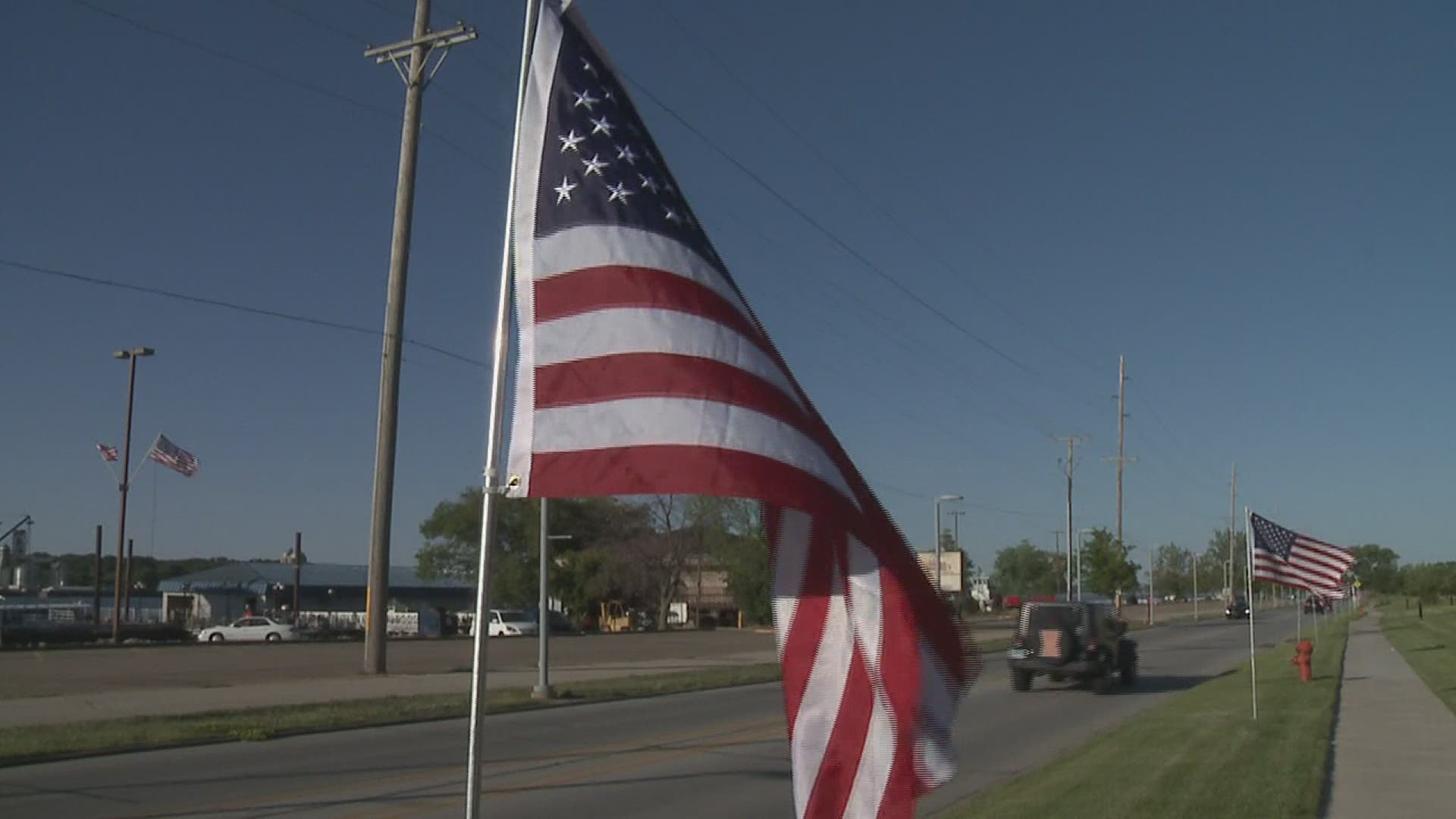 The group put up flags along River Drive over the weekend to commemorate Flag Day on June 14.

The optimist club has been participating in the "Avenue of Flags" program for the past five years.

Volunteers, usually youth groups, help put flags out in neighborhoods and outside businesses. Those volunteer organizations can then receive donations from the optimist club to fund some of the organization's programs.

The flags fly on five holidays, including Memorial Day, Flag Day, Independence Day, Labor Day and Veterans Day. Volunteers are responsible for both installing and removing the flags at the end of each holiday.

When the club started the program five years ago, club leaders said they put out about 100 flags. Now, they're putting out more than 1,000 this year.

Selling flags is the optimist club's primary fundraiser each year. Each flag costs $45 for the year, which includes the installation and removal.

Money raised from the sale of flags then is given back to the community, according to optimist club leaders.

"We wind up making a lot of money, but as our president will tell ya, we wind up giving it all back," said Bob Clancy. "And a big portion of that goes to the folks that do the installing."

"We make a lot of money doing it and we give it all back to kids," said Moline Breakfast Optimist Club President Bob Moore.

Clancy said there was so much demand for flags this year that the club ran out by Memorial Day. Clancy said the club has more in stock now and can fill more orders for Independence Day.

If you would like to order a flag to have displayed at your home or business during the five holidays, click here. You can pay online, by mail or over the phone. This page also details more of the beneficiaries of the fundraiser.

Flags from the Moline optimist club can only be purchased by residents living in Rock Island, Coal Valley, Moline, East Moline, Silvis and Hampton. Flags can be purchased from other optimist clubs in Iowa that participate in the "Avenue of Flags" program, according to Clancy.