Minnesota man floats down the Mississippi River to bring awareness to a national nonprofit. 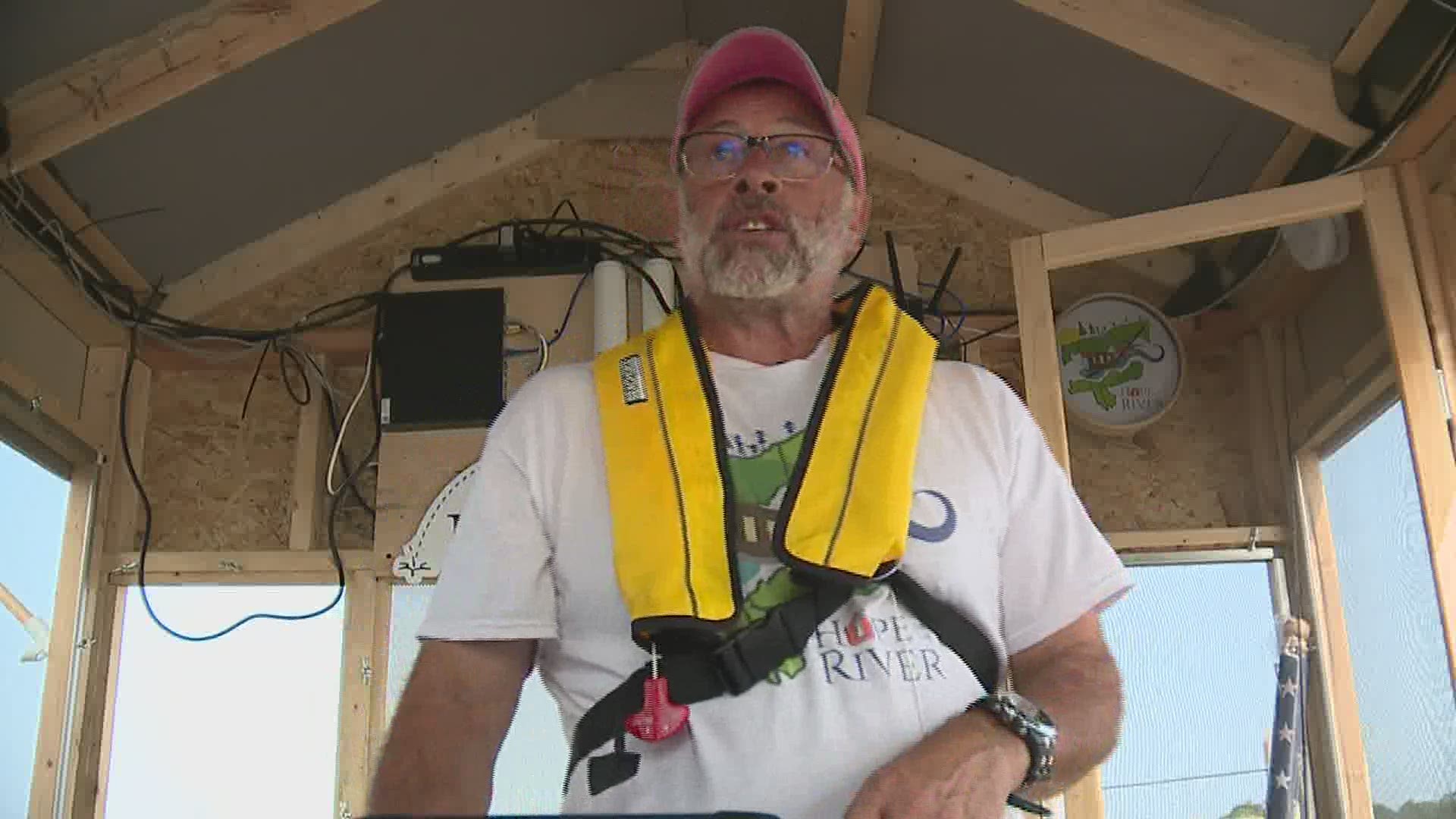 BETTENDORF, Iowa — The Mississippi River was calm Thursday afternoon, but only until a visiting boat stirred up a wake.

"There’s not much elegant about it," Erich Mische said as he prepared to leave his dock. "It doesn’t drive like a sports car. It’s a little boxy."

The vessel isn't quite what boaters may expect.

"This is a Home Depot garden shed that has been modified to sit atop a 50-year-old rotting pontoon deck," Mische said.

Mische has made some necessary improvements along the way to the "S.S. Hail Mary" as he calls it. Plus, he said he had the right tool for the job.

"Duct tape is one of the most essential things you can have if you’re taking a raft down the river," Mische said.

He has also encountered some more serious issues.

"You don’t want leaks in your pontoons, but if you’re gonna have leaks in them, you want ‘em to be small leaks," Mische said. "Then those small leaks you want to make sure you get the water out as soon as you can."

Mische is from Minnesota. He is the executive director for Spare Key, a national nonprofit with services in nearly every state.

"Spare key is a nonprofit that provides financial assistance to families that are dealing with significant medical crises," Mische said. "Try to imagine the worst illness or injury there is, and names you can pronounce and don’t pronounce, and since 1997 we’ve helped those families."

He's floating down the Mississippi River to raise awareness for Spare Key. He started the journey in St. Paul, Minn., in August.

Mische also said Spare Key cancelled nearly every fundraising event this year because of the pandemic.

"I’m a big believer in hope," Mische said. "I think that’s what this country needs more than anything right now."

Mische is spreading his message of hope and positivity all the way to Baton Rouge, La. He said he plans to arrive in mid-October.

Mische said Louisiana is the last state in the country in which Spare Key needs to register to provide their services.

"I’ve got the paperwork in a box somewhere," Mische said. "I’ll file that paperwork, and we’ll be officially licensed to serve families in all 50 states."

If you'd like to follow Erich's journey down the Mississippi, you can visit the Spare Key website. There, you'll find a live video stream and ways to donate to the organization.