Late night laughter returns to a local theatre, as they prepare for improv shows beginning May 22nd

The theatre is bringing back their popular "Late Nite Shows" on Saturday, May 22nd. 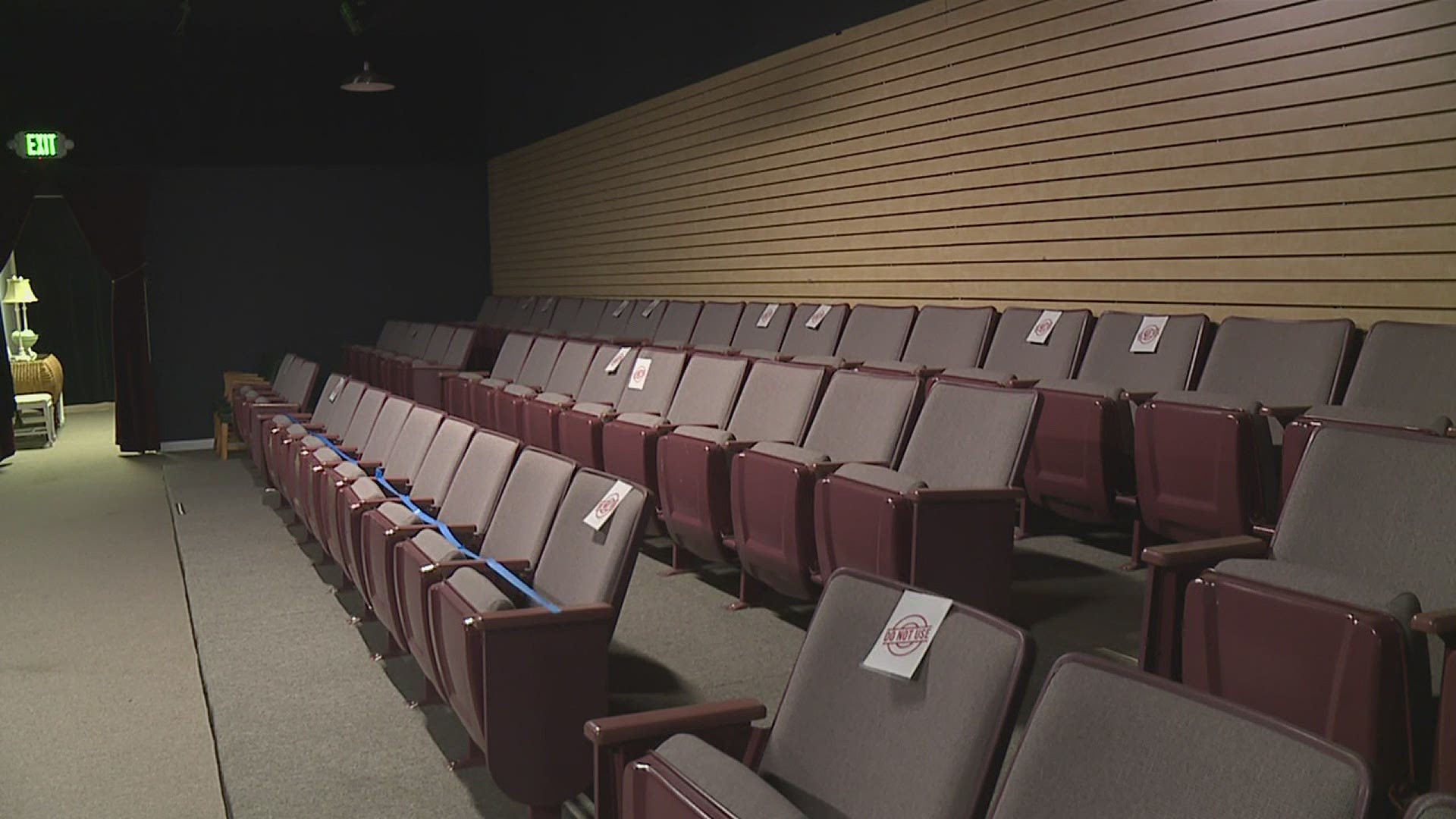 MOLINE, Ill. — The Black Box Theatre has announced their popular "Late Nite Shows" will be returning on Saturdays at 7:30, beginning on May 22nd. It will be the first time improv comedy is featured on their stage since before the pandemic.

G.I.T. Improv will return to perform the shows in an uncensored and hilarious performance. Tickets are $10 and available either at the door, or online here. The theatre says masks will be required and temperatures will be taken at the door.

Before Covid-19 swept through the world, these improv shows at The Black Box were regularly selling out. Now they're returning just as Illinois enters the 'bridge phase,' which allows for theatres to open up to 60% capacity. It is the last stage before the state fully reopens, which Governor J.B. Pritzker says could happen as soon as June.

The Black Box is a more intimate space, with only 60 seats. Under the new restrictions, they're able to seat up to 35 people. Since reopening back in February, for the second time since the pandemic began, the theatre has been keeping their audiences to 15-20 people.

"This is really sort of opening up that door one more time," said Lora Adams, Co-Founder and Artistic Director of the theatre. "We've been doing shows but obviously with a limited audience and we use all of the protocols. But I think with improv what's gonna happen here is that it'll really be maybe a younger crowd and folks that want to - once again - get out and enjoy live entertainment."

Adams says the theatre was in the middle of rehearsals when the world shut down for the first time last March. Since then, they were able to reopen in June, close again in November, and finally return again in February of 2021. Since then, everyone on staff has been vaccinated, and the theatre has implemented all of the safety protocols they could. In the early days, she was even having her actors practice on stage with yard sticks, so they wouldn't come to close to each other.

RELATED: You can help the seven people displaced from their home after a fire in Davenport

Now, she's got an exciting lineup of shows planned for the summer season, including comedies, a mystery, and perhaps even a musical later this fall. But she says all of that hinges on Illinois staying open, audiences showing up, and actors continuing to come out for auditions.

"For me, the fact that we get to have comedy once again is just, once again, putting our toe back into the water and seeing how things are gonna work out," said Adams. "So fingers crossed and masks on and all that sort of thing and we’ll be ready to do what we need to do!"

She says everyone that has come out to shows thus far have commented on how exciting is feels to be seeing live entertainment again. That, said Adams, is the goal for everyone who walks through the door - that they walk out with a smile.

"I think one of the things that I hope people will do as things are opening up is that they remember that a lot of these businesses – storefronts and little boutiques and that sort of stuff – are owned by one person and it’s so important that we get out there and live our lives and help those businesses stay afloat," she said. "Because at the end of the day you want to live in a community that is vibrant and has a lot to offer and the only way for us to do that is to support each other."

AUDITIONS The Black Box Theatre is holding auditions for the upcoming spring/summer season. Auditions will be held at...

Posted by The Black Box Theatre of the Quad Cities on Friday, May 7, 2021