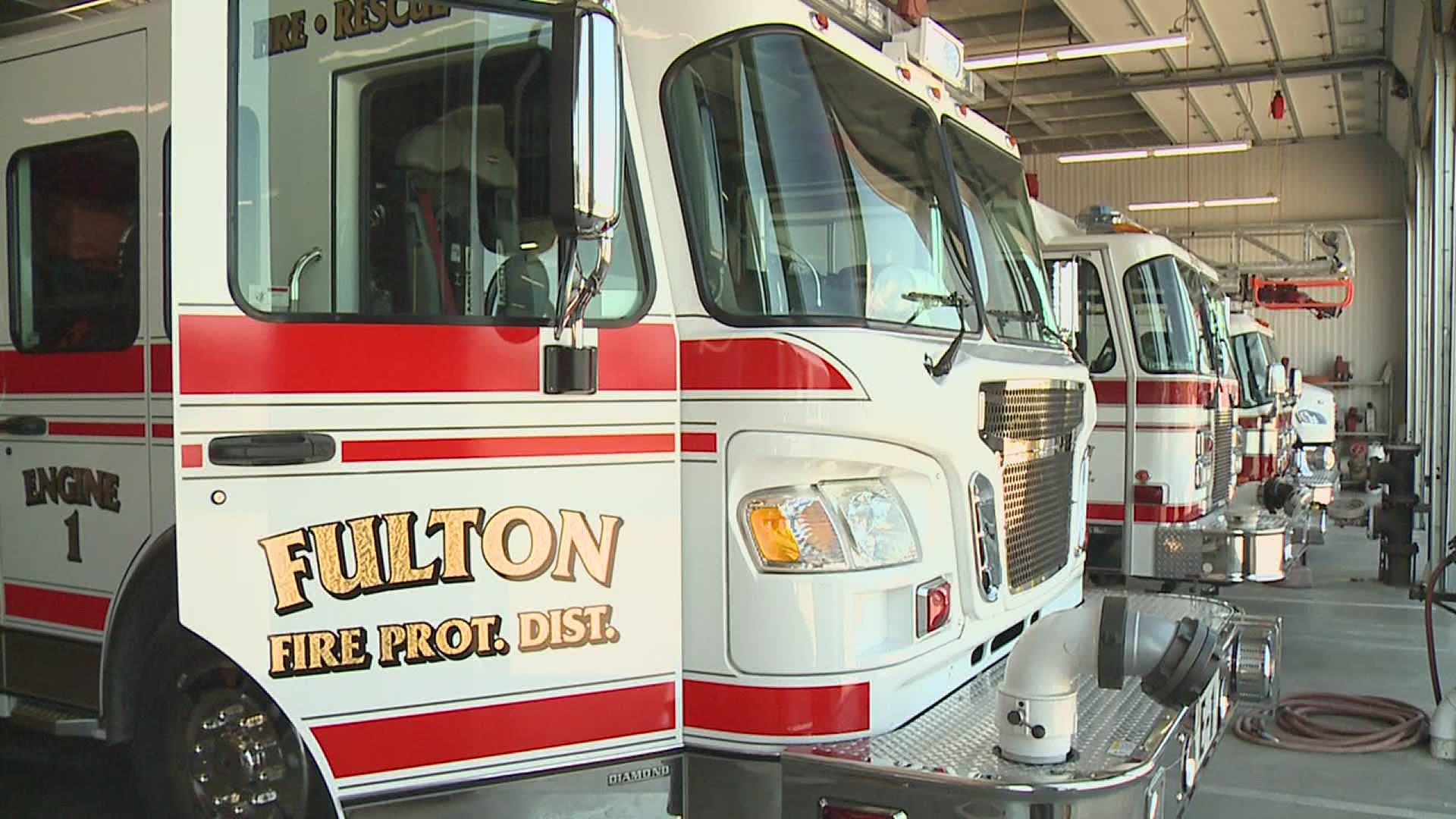 FULTON, Illinois — The Fulton Fire Department was one of many around Illinois to respond to the call for help fighting the Chemtool Chemical Plant fire in Rockton, Illinois.

It’s a call firemen at the department didn’t accept, but one they were eager to get. Deputy Fire Chief Ted James says he wasn’t sure they’d be called in. “I didn’t think they would call this far out but I’m glad they did.”

The department sent two fire fighters, Jimmy Pell and Zac Riefinger, out Monday night around 9:30pm. Pell says the night started in Rock Falls. “We went to Rock Falls station at 10:00pm. We met up with other departments.”

The two worked around a 12-hour overnight shift at the chemical plant. They brought a tanker up from Fulton to help haul water closer to the scene. Pell saying, “We hauled about seven or eight loads of water through to their ladder trucks.” It wasn’t just their tanker that made the trip either. Pell says there were about 30 other tankers on scene too from surrounding departments.

Deputy chief James says the goal hasn’t necessarily been to extinguish the fire. “From my understanding they weren’t trying to put it out because of runoff. They’re pretty cautious of air environment and water runoff. So, there’s kind of a balancing act to make it right.”

Instead departments just kept the smoke and flames at bay. Pell says he’s never been sent to a call as big as this one before. “The smoke would die down then all of a sudden it would build back up It was crazy, like something you would see in the movies.”

Pell says both himself and fire fighters called in from around the state were excited about the opportunity to help out. “Everybody was pretty excited. It’s something different. We knew it was going to be big.”

Both James and Pell say the network of departments across the state is incredibly well connected. No matter the cause, stations are always there to help each other out when back up is needed. James says it’s just each station doing their part to help in whatever way they can. Pell saying, “You can always rely on other stations to come and help you out.”

The department says they've been short staffed lately. "We're always looking for more volunteers." They rely on volunteers to work at the station. If you're interested in volunteering you can reach out to the department here.