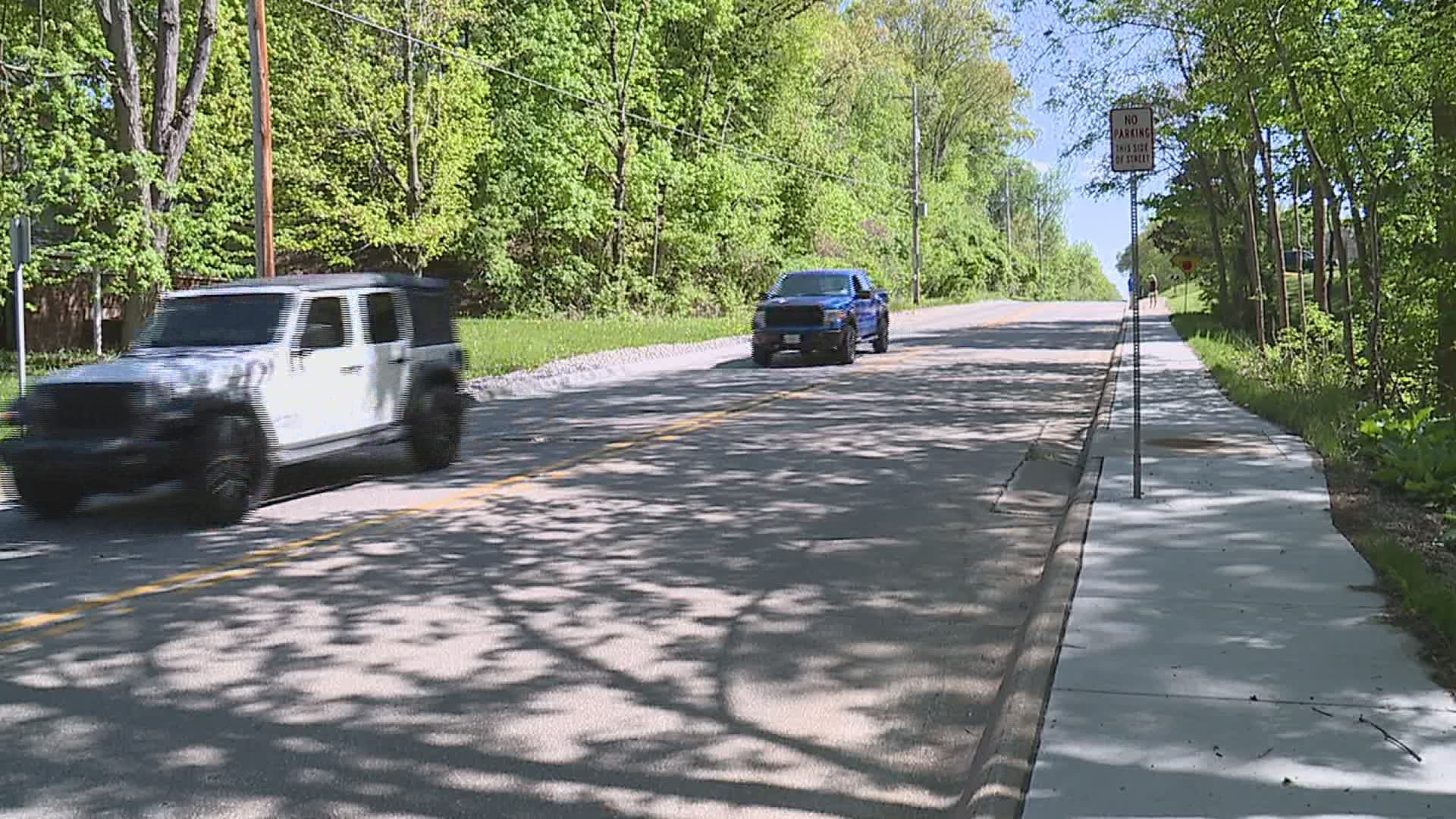 MOLINE, Ill. — Residents on 34th avenue in Moline are hoping to see the speed limit change after 13-year-old Charles Hubbard was struck and killed while riding his bicycle May 4th. A Moline police officer was responding to a disturbance when she struck Hubbard. He was taken to the hospital where he was pronounced dead.

Now, residents in the area are saying 40 miles per hour is too fast for the road. Kailain Neff has lived on the street for six years. She says it’s always been that way, “This is normal for end of the day, rush hour, people are flying. It’s been busy since we’ve been here.”

She has two six-year-old children, and she worries about the cars that go too fast in front of their home. “My kids like to go down towards the street because there’s grass down there. They like to sit down there and watch cars and clouds and whatnot. It's a safety concern.”

Neff says she hopes this tragic incident is a wakeup call to the city. “I hope that this tragic accident has helped the city realize that maybe 40 miles per hour on this street is not the right speed limit. Drivers be aware that it’s not just street and woods. There’s houses on this street and there’s kids that walk from the schools and stuff.”

Neff as well as some of her neighbors worry as well about how close the sidewalk is to the street. There’s zero to little wiggle room, with cars butting up right against the sidewalk. Neff saying, “You can just feel the wind of the cars going by.”

She says she herself is afraid to go walking on the sidewalk next to the road. It worries her even more that kids do.

Her family has a Ring doorbell set up to monitor their yard, and because the road is so close, she says it sets off notifications very often. “It’s busy all the time, constant movement. We do have cameras up just to make sure we’re watching that no one steals any packages. We get like 20 or 40 notifications that hey there’s movement by your front door and its only because of the street.”

Neff says despite the speed limit being 40 miles per hour, people fly by going much faster. “From the stop sign they could be going 30 miles before they even hit the top of the hill. That's how fast they'll gun it.”

Her and her neighbors, pleading with drivers to slow down, and most importantly, watch for children.

A GoFundMe has been launched to help the Hubbard family cover funeral costs, which they estimate could reach up to $10,000. The fundraiser met its initial goal of $8,500 within 8 hours. The campaign is now shooting for $11,000 to help cover other related costs.