By the end of July the cameras will turn on on their own when squad car lights turn on. 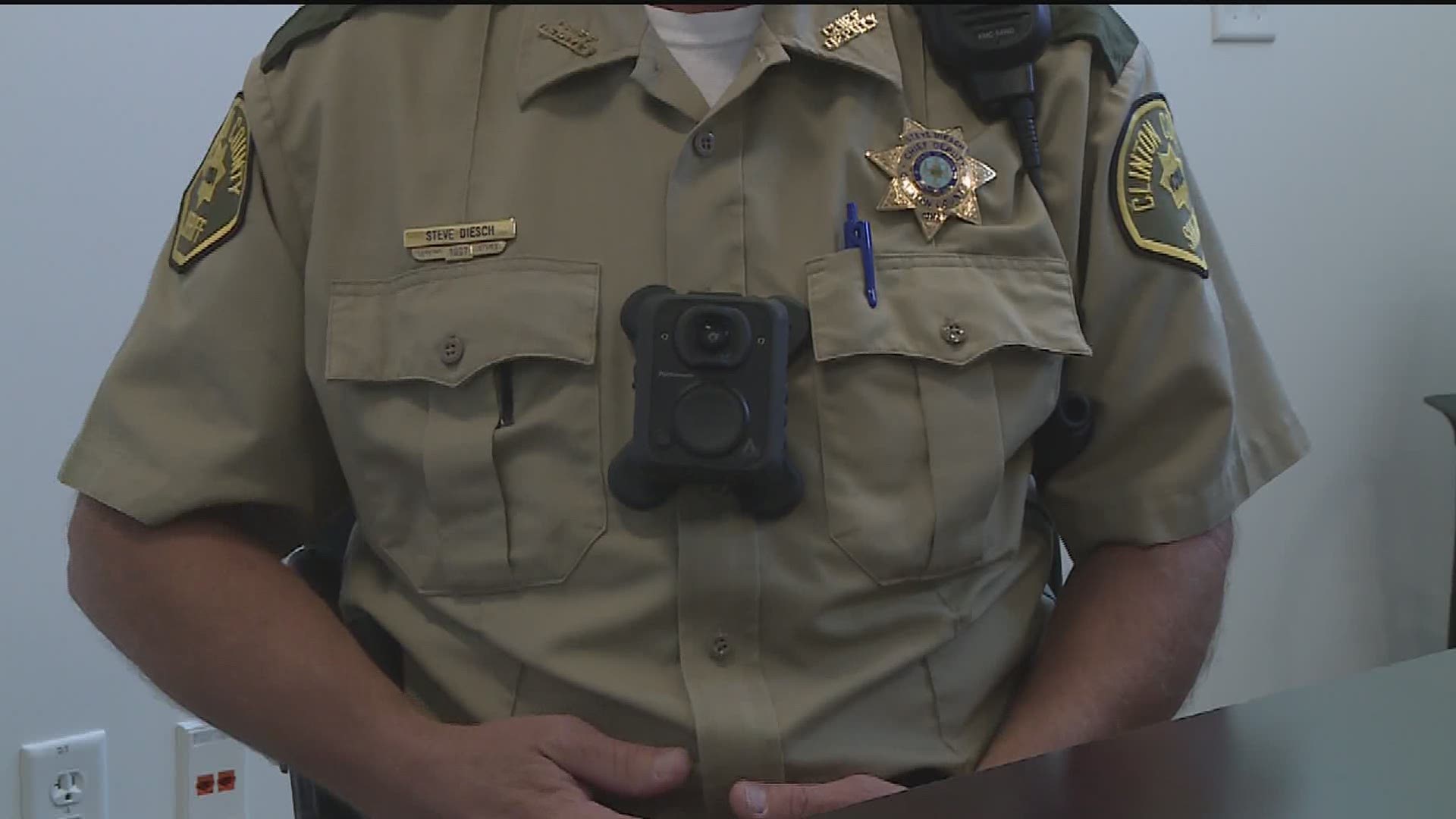 CLINTON, Iowa — For Clinton County detective Marissa Mussmann, making sure her body camera is always with her has become second nature.

She says, “Yes it’s very easy. I grab it anytime I go out of the office”

As one of three Clinton County detectives she’s had one for some time and now all fourteen road patrol officers have them too.

Mussmann says the body cameras reassure what the reports say. “Reports are great, but they don’t document the human element of the conversation and what’s going on and the emotion that happened at the time.”

For the past two years Chief Deputy Steve Diesch has been researching the body cams.

“The main reason why is just to be the transparency, be open and let everyone know what’s going on. It’s for everybody’s protection, public as well as the deputies.”

The project cost about 46 thousand dollars, most of which came from forfeiture and seizure funds from criminal investigations.

“We seized some vehicles and other stuff and were able to auction and sell that stuff off and the money has been building in a fund for a few years and we finally have enough to do the project.”

Right now the cameras are turned on by the deputies when they approach a situation.

By the end of July the cameras will automatically turn on when a deputy turns their squad car lights on.

“It also catches what is going on inside the car along with when they get out of the car when they’re interacting with the public so it’s kind of a twofold thing.”

Detective Mussmann says the cameras are one more way to paint a clear picture of what is happening when a deputy interacts with a civilian.

RELATED: Have you seen me? 10-year-old missing in Davenport

RELATED: The Resolution calling for more action from some local and state leaders on police reform

“It helps me to recall specifically what is said, words are important. Gather that information, and then it has an accurate portrayal of when it starts going to court and they can read a summary of it.”

In a time where the department says the public is seeking transparency they are happy to offer more of it, starting with these cameras.

Officers went through a four-hour training on how to properly use the cameras and document it afterwards.

Footage is stored anywhere from ninety days to a life time depending on the nature of the incident.