The annual celebration returns to the local restaurant with the potential to be one of the largest events in the Quad Cities since the pandemic began. 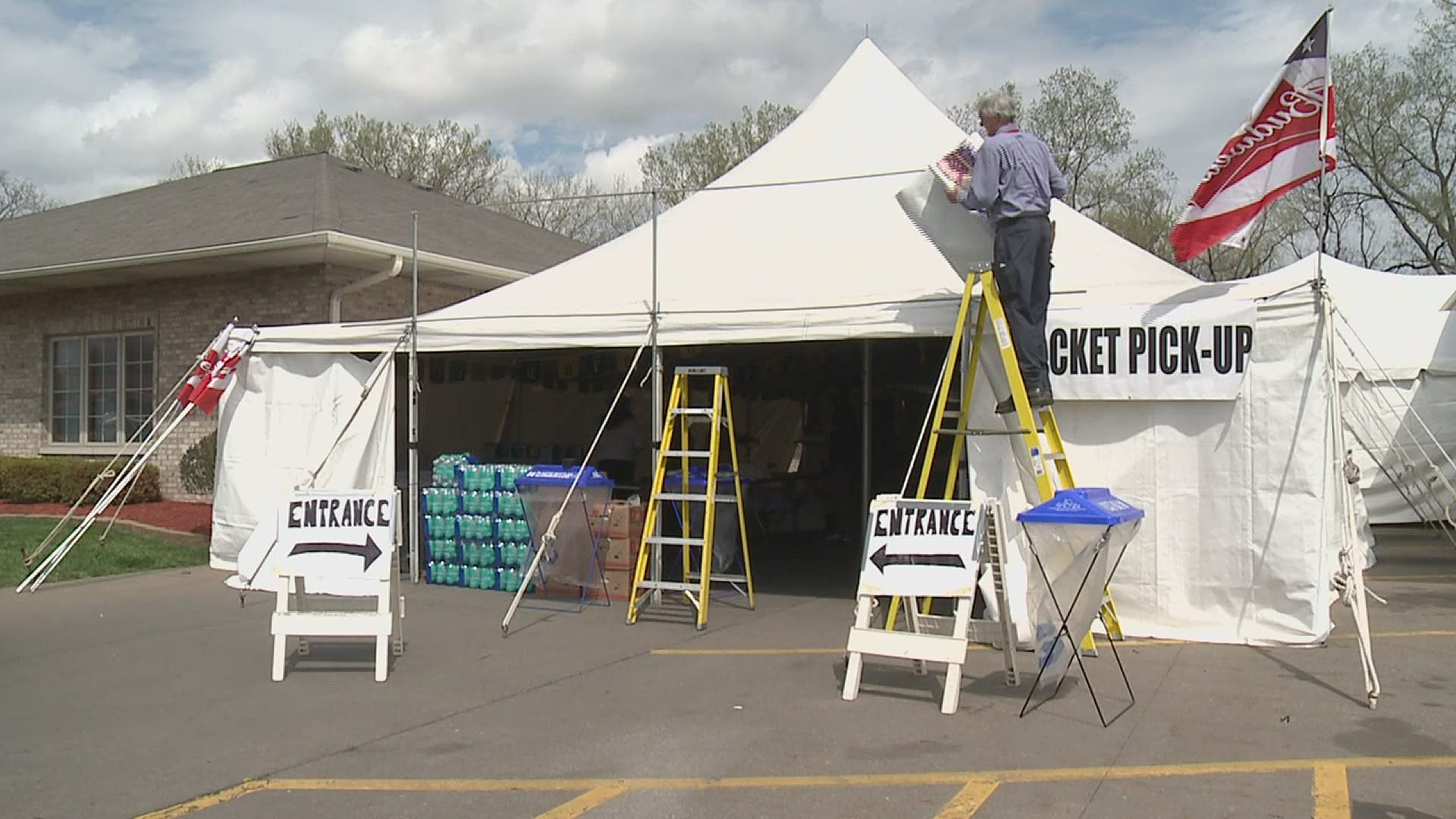 DAVENPORT, Iowa — The annual Cinco de Mayo celebration at Ganzo's Mexican Food & Cantina in Davenport is returning on May 1. The long-running event drew nearly 6,000 people during its last in-person party back in 2019, and organizers expect it to be one of the largest events to take place in the region since the pandemic began.

"The main thing was just getting together," said Pat Puente, Owner of Ganzo's. "Like the community coming back out, getting together, talking, hanging out together. Doing the run in the morning, coming for some of the activities and live bands. We basically just want to hang out... it was a long year for everybody. We wanted to get back to normal."

RELATED: Outdoor farmers' markets will return to Davenport's Freight House on May 1

And for the ninth year, Ganzo's Cinco de Mayo 5k run is returning. The race was held virtually last year, but this year runners have the option of participating in person or at home. Organizers are capping the entries to 1,000 people this year, and as of Wednesday, April 28, there were only a few dozen entry spots left. You can sign up here, and few the course here.

"It's great to get runners back on the course and raise money again," said Puente. Over the years, the 5k has raised more than $35,000 for local charities.

This year's race proceeds will benefit the Quad Cities Autism Center. It's the fourth year of a partnership between Ganzo's and the center, who say it's their only fundraiser of the year.

"We try hard not to put a lot of pressure on our families - they've got a lot going on as it is - so this is our annual fundraiser," explained Michelle Smyth, Director of the Quad Cities Autism Center. "Autism is something that's very close to Ganzo's heart, so once we were able to connect up with them and they were able to see that the funds would directly help our families, they were really excited to partner with us! And we were thrilled to partner with them!"

The center has been working in the Quad Cities for 14 years and has served hundreds of kids and their families. They provide research-based treatment and one-to-one therapy. And as Smyth explains, it's a growing need both locally and nationally.

"The CDC has increased their estimate of autism prevalence in 2020 by 10% so now it's up to one in every 54 children," she said.

When Covid-19 hit last year, Smyth says the possibility of losing their partnership with Ganzo's and the 5k was pretty nerve-wracking.

"There was a real scare there for a while that we might not see anything come in, but of course, Ganzo's never lets us down and doesn't want to let the community down and certainly not children diagnosed with autism," she said. "They supported us and we were able to put money into the Quad Cities Autism's foundational grant and that money then offsets costs for families that are struggling financially."

As Puente explained, both the party and the race have grown every year, so he's hopeful that the May 1st celebration will be about getting back to normal.

"We get all kinds of people here. We get bikers, people who dress up- you can go from one end to the other and everybody's hanging out together. Everybody's having a good time and it does grow every year which I think is great," he said. "It's just a fun time. A late night and everybody just gets along."

Puente is hopeful that a combination of being outside, plus vaccinations, will help create an event that's equal parts safe and fun.