One woman talked about how she and her two kids have been sticking together and surviving through the pandemic and the threat of homelessness. 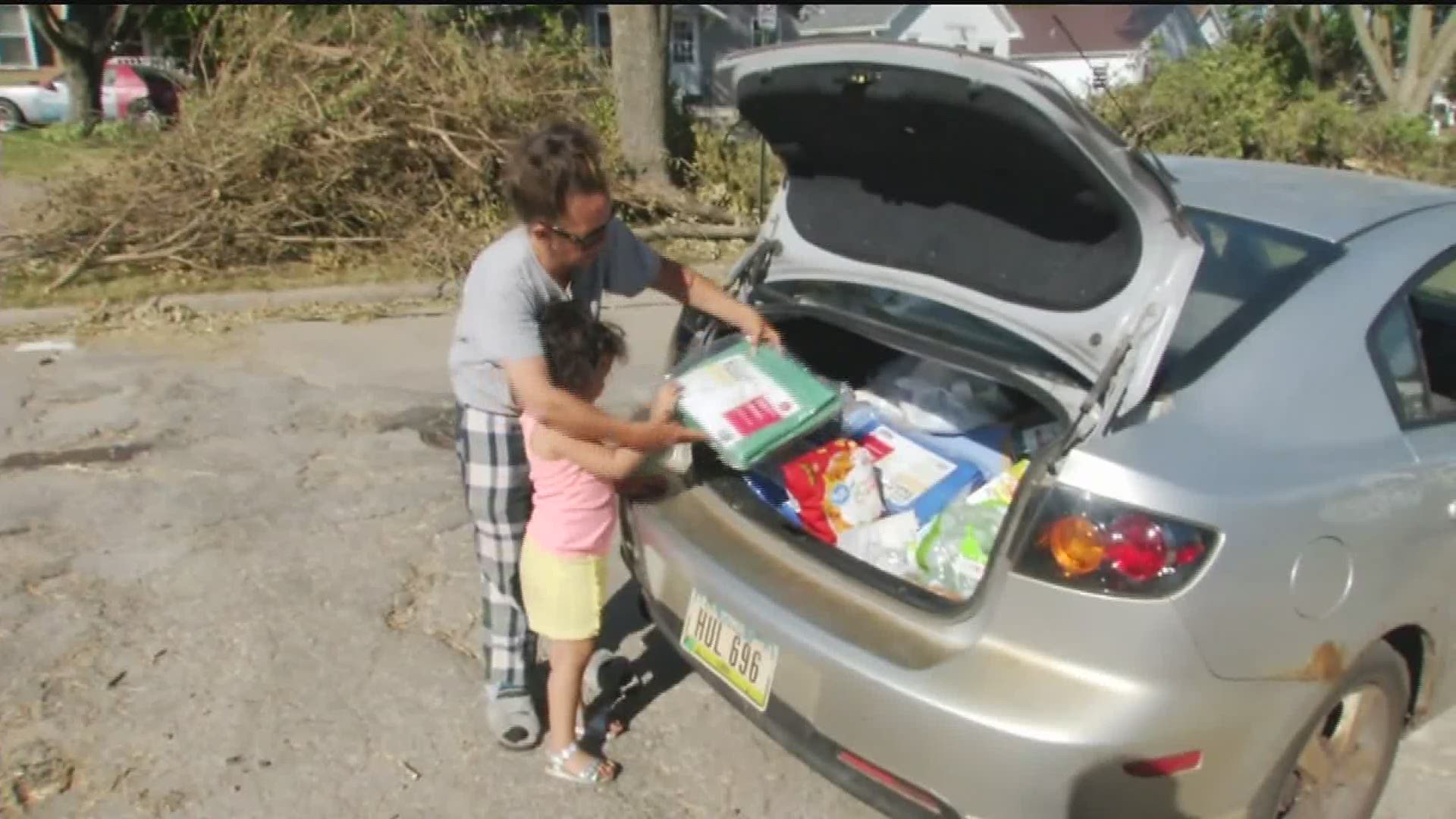 CEDAR RAPIDS, Iowa — Over 16,000 people in the Cedar Rapids area are still without power of widespread damage from the Monday, August 10 derecho storm, and one of those people shared their story.

Deann Yirkovsky is a mother of two kids currently facing an unknown future after the derecho storm ripped through the house she's renting.

Yirkovsky says the home was significantly damaged by the storm, and that her landlord terminating the lease at the end of the month, adding to the large amount of stress the family is already under.

She reaffirms what's keeping her and the kids going through all the hardship, saying, "Between this and their father and then not going to school because of the pandemic has took a real hard toll on my seven-year-old and my older kids. But we're survivors, and we stick together. We're family, and as long as I have them, that's all I need."

The group is currently staying with other family.

In addition to property damage, an estimated quarter of Cedar Rapids's streets have not yet been cleared of debris. The city is using its snow plow routes to assess damage and keep track of the work they've done.

To donate to a GoFundMe benefiting Yirkovsky, click here.