The professional company will offer four performances of "Alice In Wonderland" from April 30th to May 2, before returning to the Adler for the first time in a year. 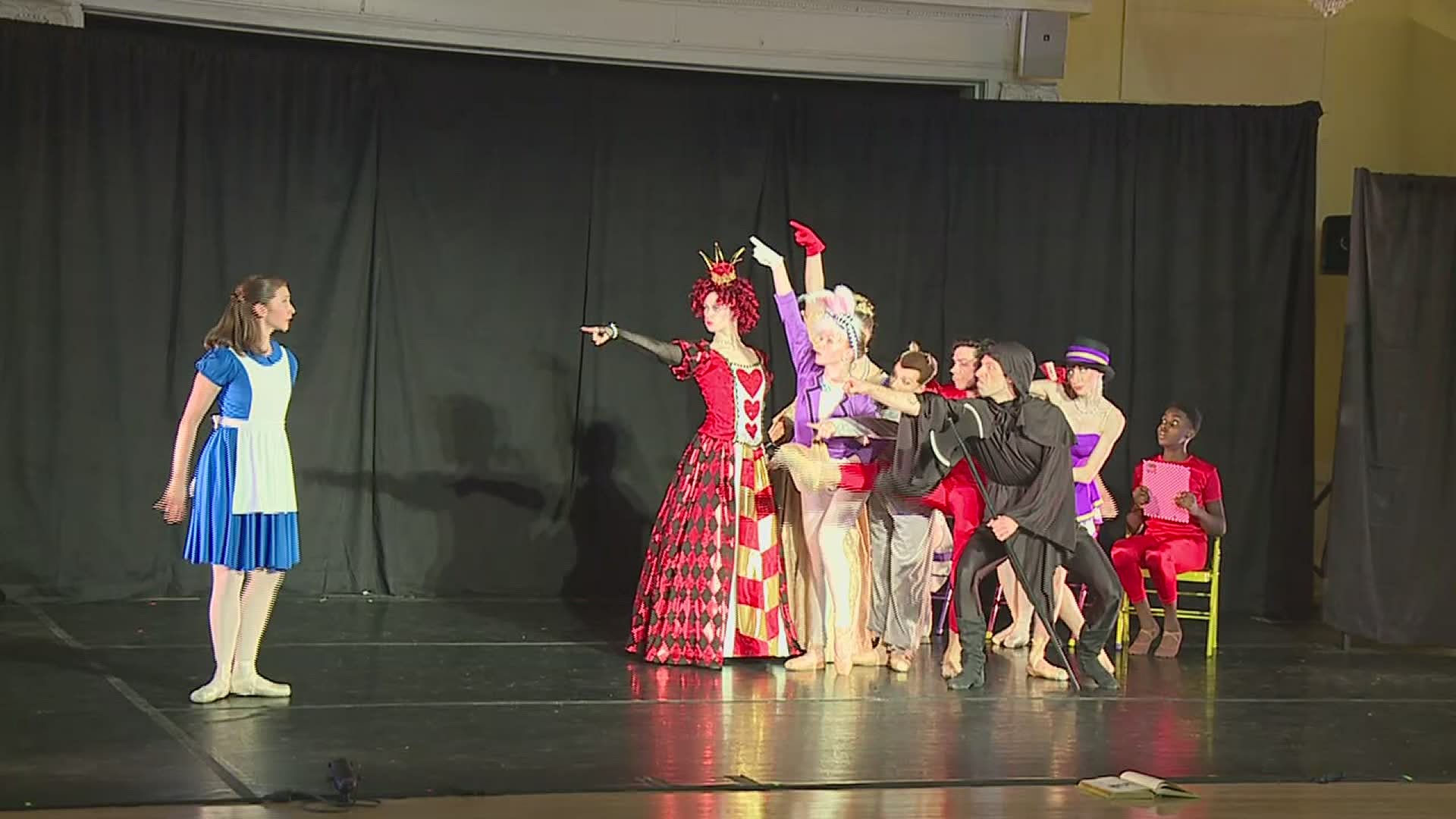 DAVENPORT, Iowa — Where the pandemic has dimmed the lights on so many stages across the world, Ballet Quad Cities continues to find creative ways for the show to go on. Now, the company is bringing Lewis Carroll's "Alice In Wonderland" to life at the Outing Club in Davenport.

The company originally performed this arrangement of the show back in 2018 in Cedar Rapids, but were snowed out by a blizzard. This time around, they're on a smaller, less technical stage than they're used to, but they say they're excited to see Alice come to life in a more intimate setting.

"And the cool part about being here is that you can see every character's expression, all their headpieces, all their costumes... I really really enjoy it in this space because you don't miss a thing," said Courtney Lyon, artistic director at Ballet Quad Cities.

The eleven-person cast will give four performances throughout the weekend, including a Friday, April 30th evening show, two on Saturday, May 1, and a tea party matinee on Sunday, May 2nd.

"Everyone knows the story, we're doing it based on the Lewis Carroll book. There's definitely something for everyone, it's a very comical ballet - there's a lot of times when I am genuinely laughing on stage along with everyone," said Meghan Phillips, who plays 'Alice.' "So we hope that everyone comes out and gets a laugh in and enjoys all the spectacle and all the props and all the dancers."

RELATED: Outdoor farmers' markets will return to Davenport's Freight House on May 1

All ticket opportunities are now closed.

But spots are still available for the company's grand return to the Adler Theatre in Davenport, on Saturday, May 8th. Ballet Quad Cities will be kicking off the Adler's Foundational Series with a 2pm performance of “Bolero," and highlighting some of their best moments from this season.

Tickets can be purchased through the Adler Theatre.

Throughout the 2020-2021 season, Ballet Quad Cities has continued to dance, despite the pandemic keeping them from the Adler Theatre. Instead, they've taken their creativity to lawns and ballrooms. Several of this season's shows have been recorded and are available to rent by contacting the company.