Avenue of the Cities construction causing changes to neighborhood traffic 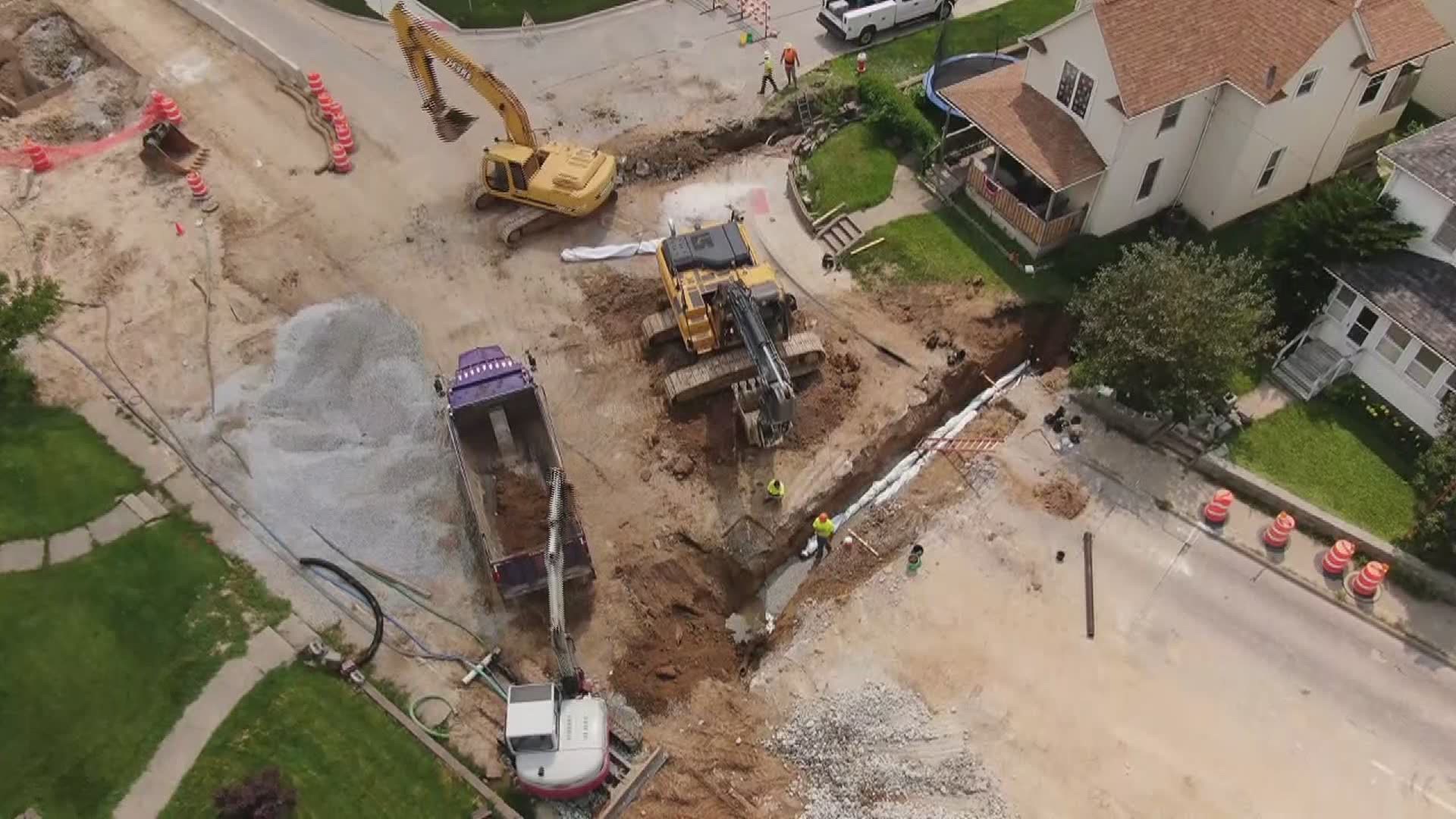 MOLINE, Ill. — Construction on Avenue of the Cities has left the road fully closed off between I-74 and 18th street A for the time being. City officials say one east bound lane should be re-opened by the end of the weekend. However, the rest of the project isn’t expected to be completed until the end of August.

For neighbors with front yards overlooking the construction site, it’s been a long process. Anthony Lasso lives with his family right outside of the project. He says it’s the first thing they hear in the morning. “This morning the first thing we woke up to was the house shaking from them breaking into the concrete.”

Construction on the westbound lanes has been going on for over one month. If you’ve driven near the area, you’ve likely been detoured down 19th street to 27th street. That detour will be sticking around for two to three weeks. After that, one eastbound lane will open up and both of the westbound lanes will be closed to finish the project.

The city is replacing sewer and water lines beneath the road. It’s causing plenty of confusion and change in traffic patterns in the area. While crews have been working Monday through Friday, they will be working through this weekend. Lasso says they received a notice from the city, “They’ll be out here this weekend to try and hurry up with the process.”

The city says the project is on schedule as of now. They hope to wrap it up by the end of August.