7-year-old battles cancer for a second time, during COVID-19 pandemic

Aaliyah Carballo was diagnosed with stage four neuroblastoma in 2016. A year and a half ago, she was cancer-free, but now the disease is back, with added challenges. 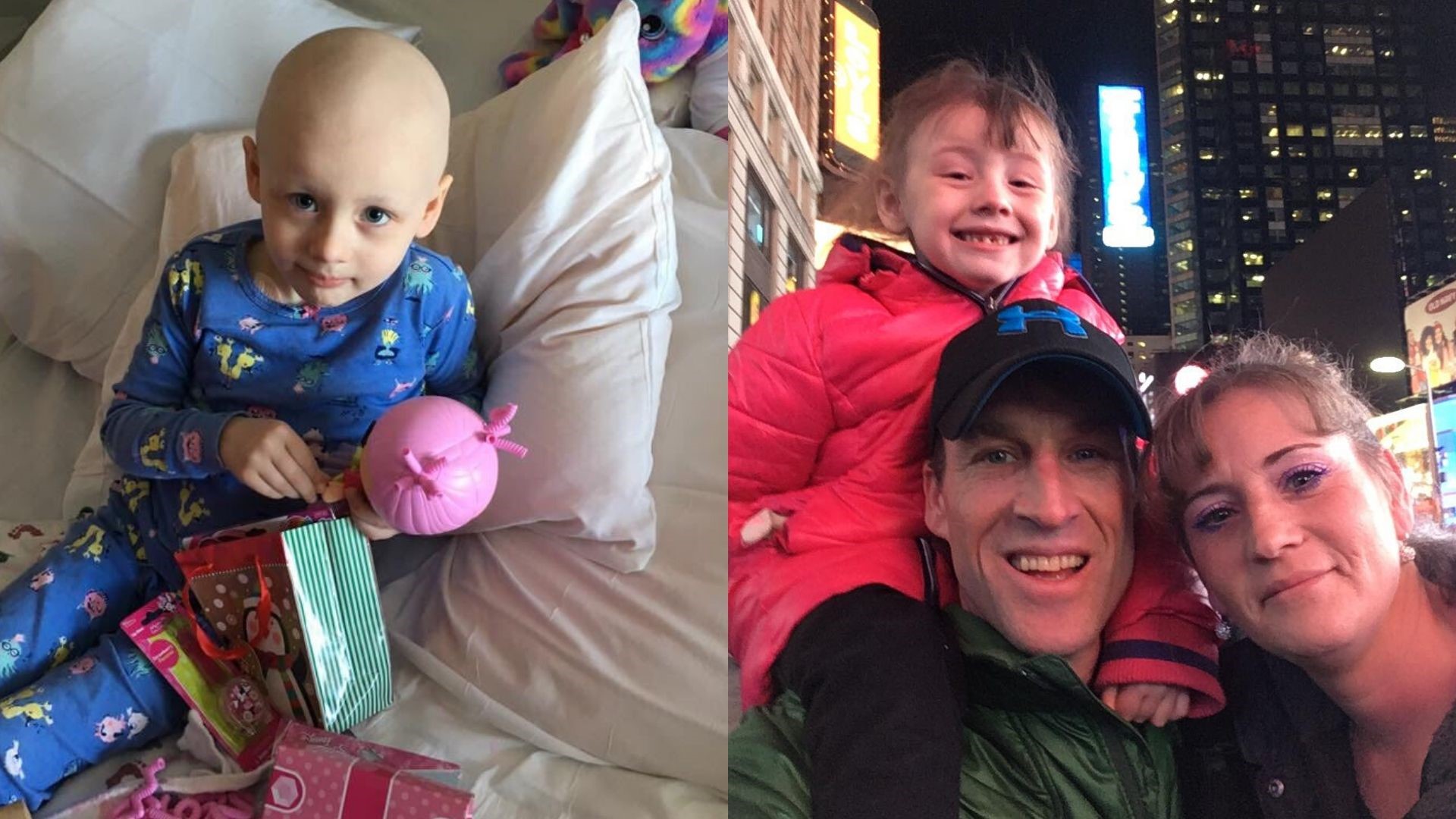 ROCKPORT, Maine — Life for Spruce Head's Carballo family has not been easy the past few weeks -- or years. Childhood cancer hits hard and close to home -- and for this family, it's a battle they won and are now fighting again.

In a room at the Barbara Bush Children's Hospital, Jessica and Todd spoke to NEWS CENTER Maine via Facebook Messenger video call, explaining how at the end of March, their lives took a turn again.

"She started complaining that her knees and her legs were hurting, and eventually we took her to the hospital," Todd said about his seven-year-old daughter, Aaliyah.

In 2016, she was diagnosed with stage four neuroblastoma and fought that fight vigorously, going through five rounds of chemotherapy, two bone marrow transplants, and additional therapies for the next three years. About a year and a half ago, she became cancer-free -- but last month's doctor's visit changed that reality. The neuroblastoma is back -- and doctors say it's in her knees, elbows, hips, shoulders, and liver.

"Her immune system is, I mean, barely nothing right now at this point," Todd expressed. That's a scary thought, especially when the COVID-19 pandemic is sweeping through the nation and the state. Two groups more at risk are the elderly and people with weakened immune systems -- so Jessica and Todd know their daughter has to be under extra protection. As a result, they have hardly left the hospital room -- and they're feeling the economic pinch, too.

"The bills are still coming in, and we have, you know, no finances whatsoever," Todd said. Jessica is out of work, since Oceanside Deli, where she is deli manager, has closed indefinitely. Todd is a carpenter but has taken leave from his job to be with his sick daughter.

RELATED: A timeline of the coronavirus pandemic

It's why efforts from their tight-knit community mean so much right now. While the Carballos have been at the hospital, long-time friends and neighbors have been coming together to fundraise.

Katy Miller is one of those people. She's known the Carballos for years, and their kids go to school together. She spear-headed an online auction via Facebook to raise money for Aaliyah's parents. It's running from April 8 to 18, and at this point, it has already surpassed $10,000.

People have donated (and are still donating) anything from house rentals, getaways to campgrounds, purses, gift baskets, gift certificates, artwork, and handmade items. Miller says that seeing how much support the Carballo family has received in just a week really touches her.

"To see her have to go through this all over again -- it just absolutely breaks my heart. It breaks a lot of people’s hearts," Miller shook her head.

An additional GoFundMe page, also run by family friends, has been up since March 30 and is at more than $20,000 and counting. Amber Benner of Tenants Harbor was one of the leaders for this project, having gone to high school with Todd years ago and establishing a connection with his family later in life -- her son has cystic fibrosis, and thereGoFundMe was a point when he and Aaliyah crossed paths in the hospital.

"When this happens the first time you think, 'Wow, she beat it. We can breathe now,'" Benner said about Aaliyah's situation. "Who doesn’t want to see their child running wild and free, and here they are again?"

Jim Gammage is also lending a helping hand to the GoFundME efforts -- and is promising his community that he may shave his head, as an additional way to raise money for Aaliyah.

"It makes you feel proud to live in a community where people are donating, and people who don’t even know her are behind the scenes, working actively and giving and sharing and doing what they can to help," Gammage expressed.

The sentiment rings true for Jessica and Todd, too, in a time that is more difficult than most can imagine.

"I can’t stress enough how grateful we are to have that community," Todd emphasized. "For them to be behind us again a second time is absolutely amazing. It’s a good feeling to know that we are loved that much."

To donate, you can visit the online auction or GoFundMe page and learn more.

At NEWS CENTER Maine, we’re focusing our news coverage on the facts and not the fear around the illness. To see our full coverage, visit our coronavirus section, here: www.newscentermaine.com/coronavirus.