The island off the shores of the Mississippi River in Princeton, IA has drastically changed over the decades. The Corps wants to return it to a more diverse state. 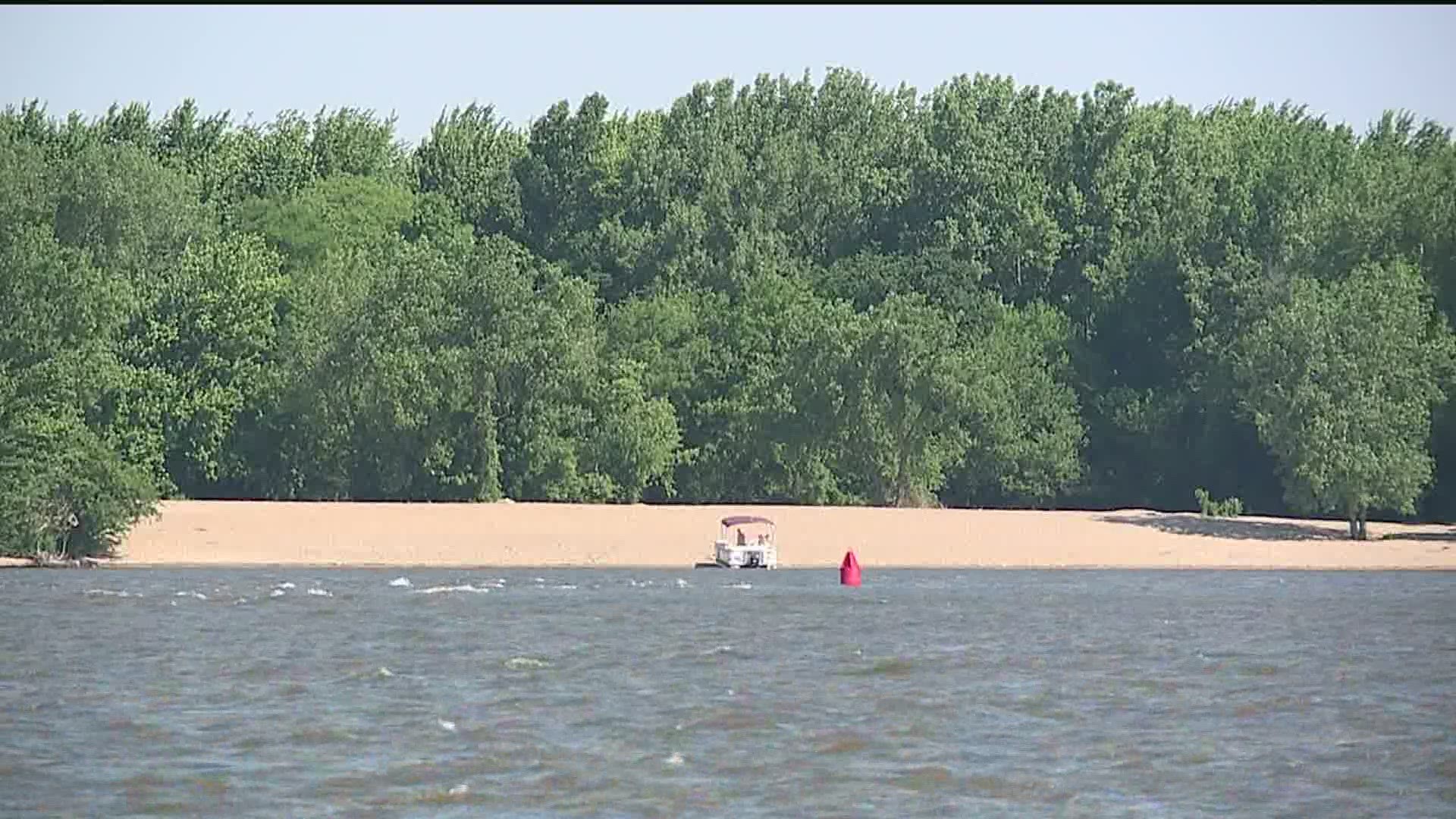 CORDOVA, Ill. — A popular boating spot near Princeton, IA and Cordova, IL could soon get a major facelift. The Army Corps of Engineers wants to restore Steamboat Island to a former state and need input from the community on the project.

"Ultimately our goal is to improve the quality of the habitat in the Steamboat Island area," says Rachel Perrine, a water resources planner with the Corps.

Perrine says a main focus for this project is improving the island for fish, animals and plants. One main problem is flooding has deposited silt in the backwaters of the island. Those are important places for fish to survive the winter. They can't do that when the waterways are filling in.

The project would dredge or remove that silt, as well as deposit soil to round out the island to its former size.

The project also looks to take down some trees and plant new ones to diversify the forest.

"There's a lot of value in these backwater areas and the islands, both ecological value and public value, recreational value," Perrine says.

That's why the Corps is looking to spend $38 million dollars to restore Steamboat Island. Perrine says the project would take eight years to complete.

But first, the Corps needs input for the project from residents living nearby, business owners and the people who come out to enjoy the island. The plan is available on the Corps' website. You can submit your thoughts through June 15.

This project on Steamboat Island is only one of 22 projects happening throughout the upper Mississippi River to restore islands and waterways. This project along will cove more than 2,600 acres.

Construction could begin on the island after the design is finalized. The Corps hopes that'll happen this fall.

RELATED: Army Corps of Engineers may face budget cuts in 2021